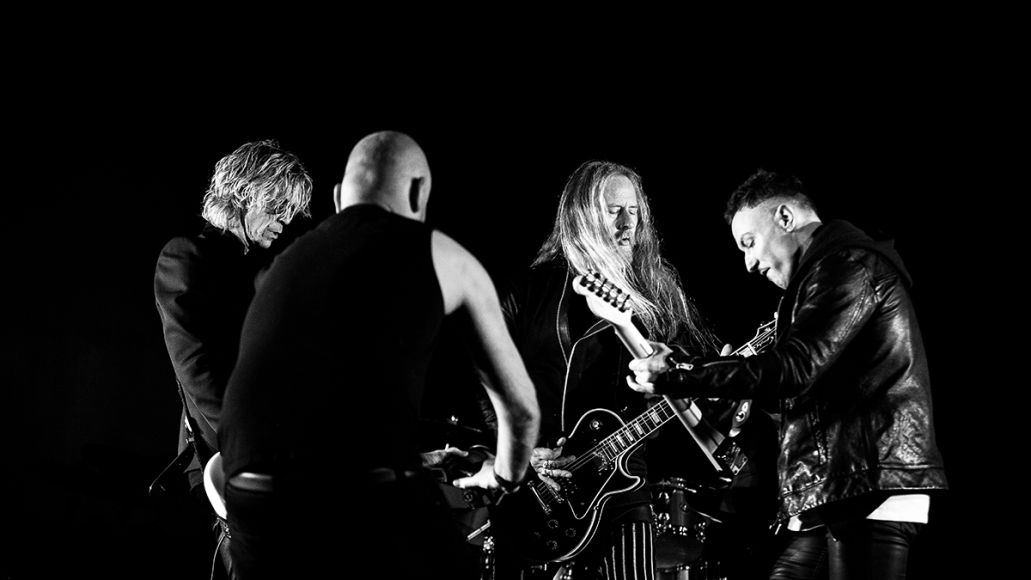 On the guitars used on Brighten and partnering with Gibson

Basically my flotilla has always been G&L Rampages, [Fender] Teles, Gibson Les Pauls and other Gibson guitars: [Flying] Vs, SGs. That’s basically the two camps I’ve always resided in. And then you use all sorts of different Rickenbackers, a dobro — whatever the song calls for, you bring it in. But there’s always a good heaping helping of the G&L Rampages and a good heaping helping of Gibson Les Pauls.

On this record, we used quite a bit more Gibsons. I started working with [the company] a few years back and we started designing some guitars. So we used quite a few more Gibsons on this record: Explorers, Vs, SGs — all sorts of cool stuff that they made me. I’m a big fan of the baritone guitars, too. [Gibson Brands president] Cesar [Gueikian] made me this Explorer baritone. It matte black and the thing is thunderous. It’s really awesome. [Gibson and I] have got some stuff coming out over this year and the next year and we’ve got some surprises for you all, hopefully. We’re feeling really good about the new Cantrell-model Gibsons. 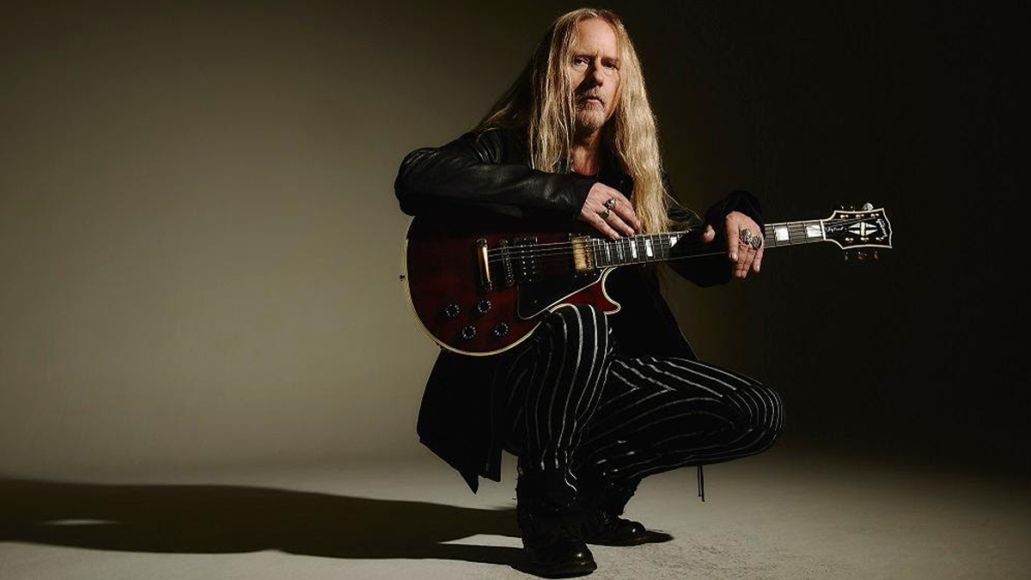 We’re all gonna have to go through a process of figuring it out. Hopefully we meet in a place where we can figure out how to deal with this [in a way] that we mostly all agree on, you know? I think the best way to do that is to listen to the doctors and the scientists.

While this was all going on, I was intending to put this record out probably last September and be on tour. We had to make some changes because that obviously wasn’t going to happen. So we pushed it to a later date, and I was bummed out about that. I like to work like anybody else [laughs]. And I have a really fun job where somebody drives me to a town every night and I get to play for people and then drives me to my next gig in my bed, so it’s a fun job. I miss doing that, but what’s going on affects a lot more people than me. So you deal with it, you try to figure it out.

We thought, as a band, as Alice — and I also thought with this record for myself — that it might be better for us to wait until 2022 to see how everything shakes out. … I have faith that at some point, we’ll get this thing under control so that we can go back to some semblance of a regular life.