Slipknot have announced that they will stream their upcoming Knotfest Los Angeles concert. The stream goes live at 9:00 p.m. ET on Friday, November 5th.

It marks Slipknot’s first-ever livestream event. In addition to their headlining set, bonus performances by support acts Killswitch Engage, Fever 333, Code Orange, Vended, and Cherry Bombs will also be streamed. Bring Me the Horizon is the only Knotfest Los Angeles act not included.

Tickets are on sale now at this location for a pre-sale cost of $15, with day-of tickets going for $20. The stream will remain available for on-demand viewing for 72 hours after it goes live.

Knotfest Los Angeles will be another major stop on the ongoing Knotfest Roadshow tour.  Slipknot recently hosted the sold-out Knotfest Iowa near their hometown of Des Moines. Meanwhile, Heavy Consequence caught the Roadshow’s stop in New Jersey earlier this month.

The Iowa and Los Angeles events notably feature Vended, the band formed by the sons of Corey Taylor and Clown. The group just announced its debut EP, What Is It/Kill It, and shared the new song “Burn My Misery.”

Watch the trailer for the Knotfest Los Angeles livestream and see the event poster below. 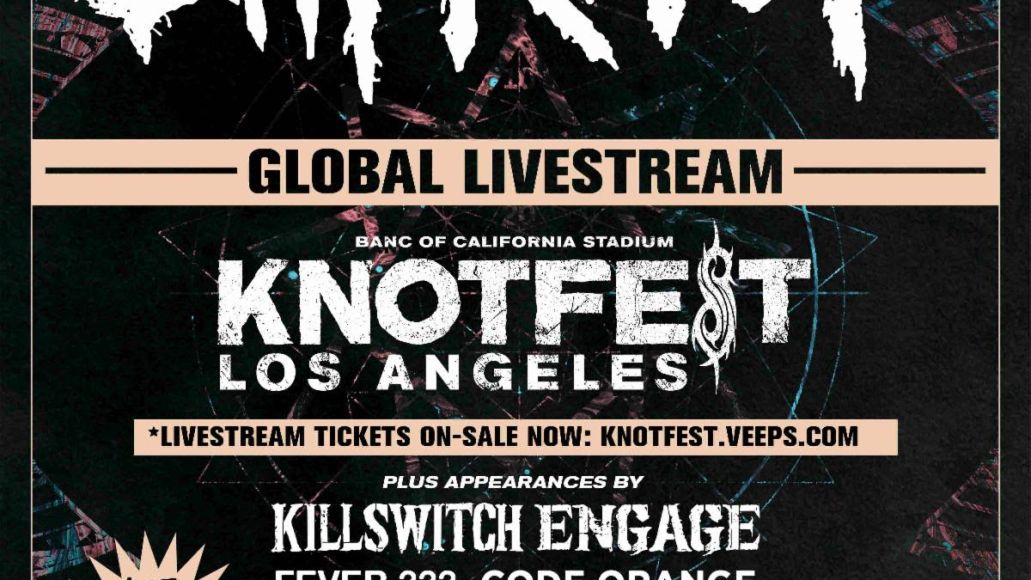