Our long national nightmare is nearly over. After 10 years, Limp Bizkit have finally graced us with a new album. The band’s sixth LP will be titled Still Sucks, arrives today, October 31st, just in time for Halloween.

Frontman Fred Durst has been teasing the album for weeks, and now there’s finally a release date along with artwork. The cover depicts a cartoon illustration of the band members — looking like they’re children in time out — with Durst sporting his new “Dad Vibes” look. A mom, with cigarette dangling from her mouth, is vacuuming around them.

The veteran nu-metal band offered the first taste of new music off Still Sucks when they played a recording of the song “Dad Vibes” at the end of their Lollapalooza set this past summer. In late September, they released the track as an official single.

Durst made headlines at Lollapalooza with his new middle-aged dad look, sporting a gray wig, a horseshoe mustache, and an outfit straight from the racks of Sears. Judging from the album cover, it appears he’s gonna rock that look for the foreseeable future.

Bizkit had a headlining tour lined up for the summer, as well, but nixed the outing after just a few dates due to COVID-19 safety concerns. The band has since inked a new deal with Artist Group International (AGI) for touring representation, with plans to tour North America in summer 2022.

Check out the the review from “Jake Bacon” (with song clips), the album announcement, the artwork for Limp Bizkit Still Sucks, and the “Dad Vibes” single below. 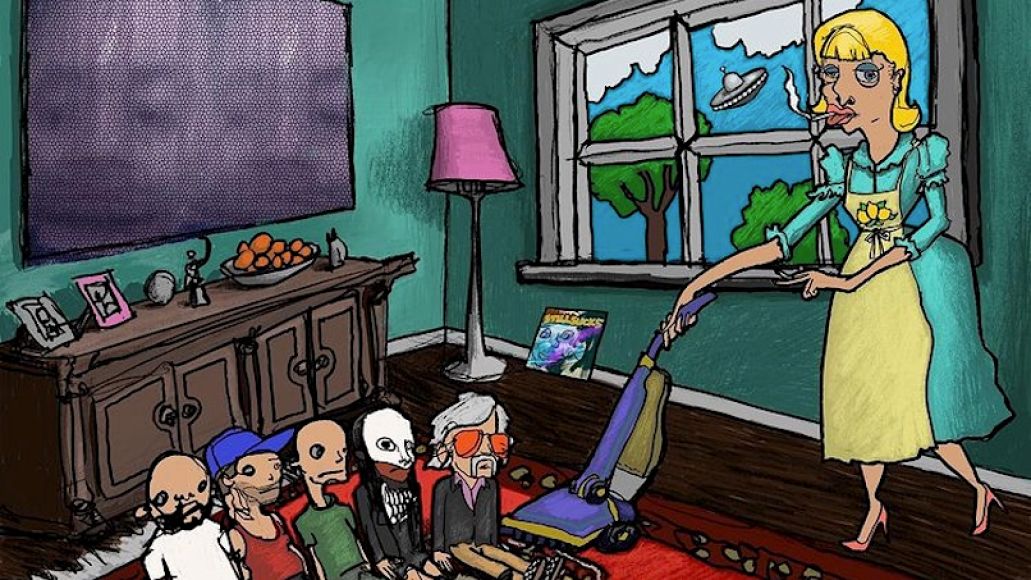