I’ve heard M83’s “Outro,” the final track of Hurry Up, We’re Dreaming, in more TV commercials than I can count. Never mind the widespread usage in TV shows, films, and trailers: I’m talking strictly 30-60 second advertisements, the commercials you’d like to mute, tune out, or fast forward through.

The usage of the song in media was arguably the most widespread around 2014, but even today, ten years after its release, music supervisors still gravitate towards “Outro” because of its humongous, cathartic climax, a waterfall of synths cascading into a vast cosmos of sound. Upon listening to Hurry Up, We’re Dreaming for the first time ten years ago, I doubt many people heard “Outro” and thought to themselves, “This is the sound of leasing a new Mazda.”

Nevertheless, the song and album truly endure. Hurry Up, We’re Dreaming remains a synth-pop landmark of the 2010s; it’s an album that gave Anthony Gonzalez a massive second wind for his M83 project, and a work that epitomizes the optimism and positivity evident in the Obama era.

Bolstered by the unavoidable success of “Midnight City,” Hurry Up, We’re Dreaming also signified a clear moment where “indie” and “mainstream” had become synonymous — only to inevitably be swallowed up by the monogenre corporate music machine and eventually, the streaming era.

The album’s origins lay in Anthony Gonzalez’s move from Paris to Los Angeles around the turn of the decade. After M83’s fifth studio album Saturdays = Youth made waves in the US’s indie scene, the hype had been steadily building for three years –especially with the heavy amount of press from major indie publications (including this one), French neighbors Phoenix becoming a household name in America, and the slow rise of what was then called “hipster” culture.

Meanwhile, Gonzalez turned 30 throughout the recording of Hurry Up, and those feelings of forgotten youth began to make their way into the content.

Saturdays = Youth’s blend of ’80s new wave, dream pop, and early shoegaze was a major factor in its success, and those qualities were put in even larger focus on Hurry Up, We’re Dreaming. As Gonzalez began to dabble in scoring films around 2010, the emphasis on making music that was unapologetically cinematic was speaking to him and audiences everywhere. Everything about Hurry Up had to be epic, widescreen, and ambitious — hence its arriving as a double album with a whimsical, almost utopian title.

Even from its sprawling, enigmatic opening number, “Intro,” Hurry Up promised to be different. This was music that spanned so many different emotions and was drenched in fantasy. As the album unfolds, there’s a heavy amount of juxtaposition in each song between the outlandish, cosmic feel of the “dream world” and the more grounded, minute details of waking life: where songs like “Steve McQueen” and “Reunion” soar, there’s also “Raconte-Moi une Histoire,” in which a young child (prolific producer Justin Meldal-Johnson’s daughter, Zella) narrates her feelings about a very specific frog, found only in the jungle, that has the capacity to make everything look like a “giant cupcake.”

The level of detail found throughout its 73 minutes is astounding — Anthony Gonzalez and Co. find numerous moments to flourish and create colossal sonic environments to inhabit.

For example, take “Claudia Lewis,” one of the more underrated tracks on Hurry Up. Aided by a monstrous bassline, “Claudia Lewis” oscillates only between two chords, but it’s wildly easy to lose track of that detail with the sheer amount of elements working in the song.

At their core, many of these songs are simple and raw: it’s through Gonzalez and Meldal-Johnson’s massive, neon-soaked lens that they begin to feel otherworldly and significant. This is perhaps best found in Hurry Up’s ballads — songs like “Wait” and “Splendor” are rich, deeply emotive pieces, and in true shoegaze fashion, each clever chord change is a waterfall of sound with the capacity to cut right through to your heart.

All of this leads to the album’s most iconic single (and the work M83 will be known primarily for for years to come): the synthwave masterpiece that is “Midnight City.”

Upon first listen, there’s something about the shrill, leading synth line that feels goofy. But ten years later, its odd, animalistic shout is synonymous with the indie pop of the era: bright, boisterous, and undeniably influenced by the ’80s (a time that a certain generation is often trying to return to, despite not having lived through it in the first place). What’s more, is that Gonzalez created the opening line by distorting his own voice, creating a sound that simply could not be replicated by anyone else.

“Midnight City” is Gonzalez’s love letter to the magic of cities after dark, the neon-colored images of the future and the sense of wonder that he had experienced in his past. Hurry Up, We’re Dreaming as a whole features many elements that revolve around childhood, innocence, and the curiosity found in this time; complete with the frog monologue, there are flurries of sound and percussion, images of friends and sad goodbyes, and a sense of playful unpredictability that defines these songs.

It’s fitting that at the time of release, pop music centered around unflinching optimism, whether it was about staying up all night at the club or simply accepting oneself. As the financial crisis of the late 2000s began to resolve, there was a positivity and a willingness to forget about the harshness of the past — and similarly, audiences were looking for a way to escape into their childhood mindsets. Hurry Up, We’re Dreaming was an odyssey by this measure, and provided an indulgent but nuanced escape plan.

As “Midnight City” began to fulfill its “crossover” potential, the song was immediately co-opted by advertisers and corporations for its limitless feeling and its unmistakable earworm of a hook. The rest of the album began to follow suit — and while there’s nothing necessarily wrong with this, it’s worth noting that Gonzalez’s vision revolves around human connection, imagination, and a fantasy that is free and uninhibited.

Perhaps it’s the love for an urban landscape of lights and “waiting in a car” shown through “Midnight City” that allowed for this music to be reframed as “music to drive profit.” But listening to songs like “Steve McQueen,” “Soon My Friend,” and “Splendor,” there’s a cosmic ambivalence to all things material shown in its naturalistic, gorgeous hue.

As the tide of post-recession consumerism, social media and new technology began to swell, albums like Hurry Up became a symbol of success in the indie world. M83 moved from second and third lines at festivals to subheadliners, even though their next album Junk was far removed from Hurry Up’s kitchen-sink optimism. Alternative radio became littered with synth pop bands reaching towards M83’s peaks, and groups like CHVRCHES, Empire of the Sun, and ODESZA continue to carry the torch of Hurry Up, We’re Dreaming.

We may be past the point of no return when it comes to using “Outro,” “Midnight City,” or “Wait” to sell cars, but the magic they carry is still evident today. And when Gonzalez cries, “The city is my church!”, the wonder and passion of Hurry Up, We’re Dreaming still feels like a remarkable sermon. 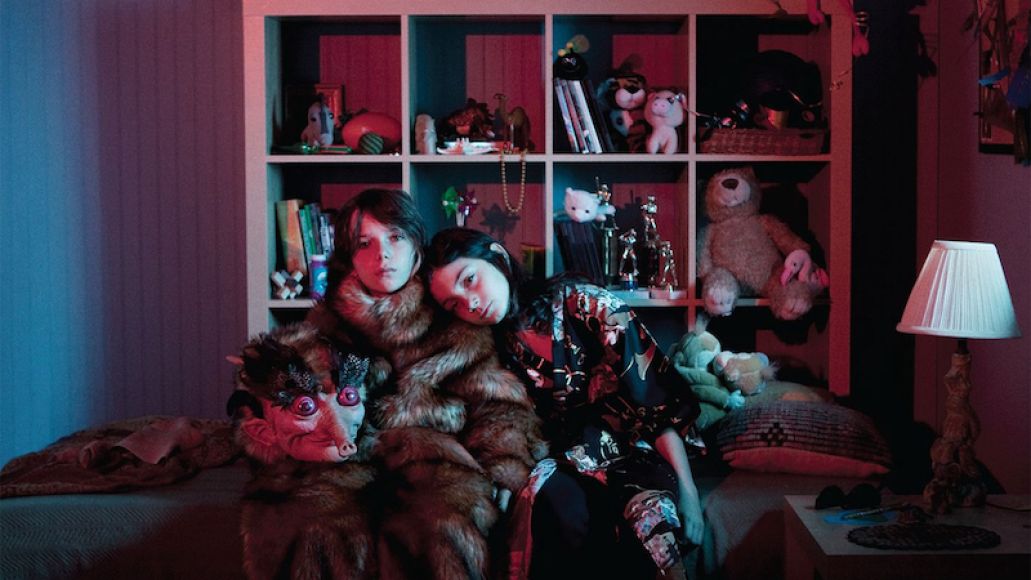