Metallica and Billy Joel are teaming up for a weekend of music in Las Vegas this February. The two Rock & Roll Hall of Fame acts will play separately ticketed concerts at Allegiant Stadium, with the metal icons performing on Saturday, February 25th, and the Piano Man playing on Sunday, February 26th. Greta Van Fleet will open for Metallica, while Billy Joel has no support act.

For Metallica, the concert could very well end up being their first gig of 2022, having previously announced a European tour that kicks off in June. The metal titans returned to the stage in recent weeks, playing the Louder Than Life and Aftershock festivals, and have November gigs slated for Hollywood, Florida, and Atlanta, as well as the Welcome to Rockville Festival in Daytona Beach, Florida. They’ll close out 2021 with a pair of 40th anniversary hometown shows at San Francisco’s Chase Center in December.

Meanwhile, the Vegas show will mark Joel’s first-ever stadium concert in Sin City. The legendary rocker has mostly been performing at his historic monthly residency at New York’s Madison Square Garden for the past few years (save for the pandemic), but occasionally plays one-off gigs in other cities.

No word on whether either act will join the other onstage, but a “Creeping Death” meets “Only the Good Die Young” collaboration would surely be a sight to see.

Tickets for both Vegas shows go on sale to the general public via Ticketmaster this Friday, October 29th, but there are pre-sales happening as early as tomorrow (October 26th). Pick up tickets for Metallica’s show here and Billy Joel’s concert here.

Watch a teaser for the Metallica and Billy Joel Vegas weekend below. 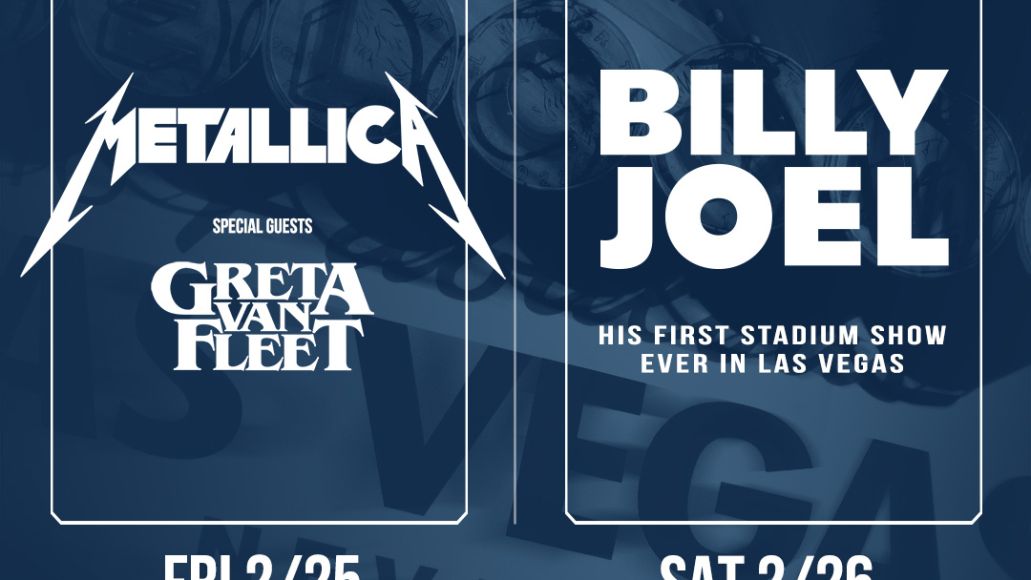