A group of “concerned parents” in Canada have started a petition to remove a high school principal who loves Iron Maiden, claiming that the imagery associated with the legendary metal band is “satanic.”

One image she posted shows her flashing the metal horns hand gesture in front of an Iron Maiden license plate and banner. Another picture shows a figurine of Maiden’s skeletal mascot on her car dashboard with a handwritten sign that reads “Eddie 666.”

The Change.org petition, which is titled “Eden High School Principal, Sharon Burns, Needs To Be Transferred Immediately!,” has more than 400 supporters as of this posting. It reads as follows:

“As concerned parents with impressionable children at Eden High School in St. Catharines, Ontario, we are deeply disturbed that the principal assigned to the school blatantly showed Satanic symbols and her allegiance to Satanic practices on her public social media platforms where all the students can see them under @edenprincipal (not her personal account). Our school is based on inclusion, and openly displaying Satanic symbols (on a public social media platform) that directly goes against the principles of the vast majority of families who represent the school, is not inclusive. As parents we are demanding her transfer to another school. Please replace her with another principal who aligns with the values of the families at Eden and will not sabotage the teaching or upholding of those values and will not try to introduce impressionable students to Satanic practices or symbolism.”

When the story started to make the rounds, the “concerned parents” offered an update, insisting that they are not targeting Burns’ love of Iron Maiden but the “satanic” images that surround the iconic metal act:

“Please Note: This petition is NOT about Sharon Burns’ love for Iron Maiden. At NO POINT has it ever been. This petition is about a principal of a school openly displaying her OWN handmade sign with the 666 clearly displayed on it which she knows full well what that SATANIC SYMBOL means to the vast majority of families in her school AND she put it on a PROFESSIONAL, public @edenprincipal account on social media, NOT A PRIVATE ONE, which she very easily could have done. If she had not posted a picture of her own handmade 666 sign, this petition WOULD NOT EXIST. Nobody cares what band she likes and this is not about her choice in what she listens to. That would be petty and nonsensical.”

Meanwhile, a counter-petition on Change.org, titled “We Need Mrs. Burns” has received more than 12,000 signatures, as it cites the positive impact that the principal has made on the high school:

“Recently, there has been a petition going around to “remove” the principal of eden high school. It is ridiculous that a couple of parents only judge her role as a principal only based on an instagram post. (About liking the band Iron Maiden. That’s it.) Eden High School is a public school. Not a Christian school. If you somehow don’t like the principal of your child, grandchild, relative etc.’s school, then send them to another one. The principal has made so many efforts to remind students that eden is a diverse place. She has even turned a whole room into a prayer room for students who are practicing religions other than christianity, like practicing Islam. She has made eden a safe space for so many people. She spreads nothing but love and kindness, and is probably one of the best and most enthusiastic principals the school has ever had. If you would like to bring some light to this whole petition, please consider signing!”

Fans of Iron Maiden’s music know that the band is not “satanic,” but that didn’t stop religious groups from targeting the UK metal act upon the release of their 1982 album The Number of the Beast and its famous title track, which has the line, “666, The Number of the Beast.” The track’s songwriter, founding Maiden bassist Steve Harris, once explained that the song was inspired by a nightmare after watching the film Damien: Omen I, as well as reading the poem “Tam o’ Shanter” by Robert Burns.

Harris said of the protests in the Mick Wall-penned biography Iron Maiden: Run to the Hills, “They completely got the wrong end of the stick. They obviously hadn’t read the lyrics. They just wanted to believe all that rubbish about us being Satanists.”

Last month, Iron Maiden released their 17th studio album, Senjutsu, marking their first new music in six years. The album landed at No. 3 on the Billboard 200, the highest chart position of any LP during the band’s 40-plus-year career.

A scan through Sharon Burns’ @edenprincipal Instagram page shows mostly posts supporting the school and the staff. Screenshots of the images in question can be seen below. 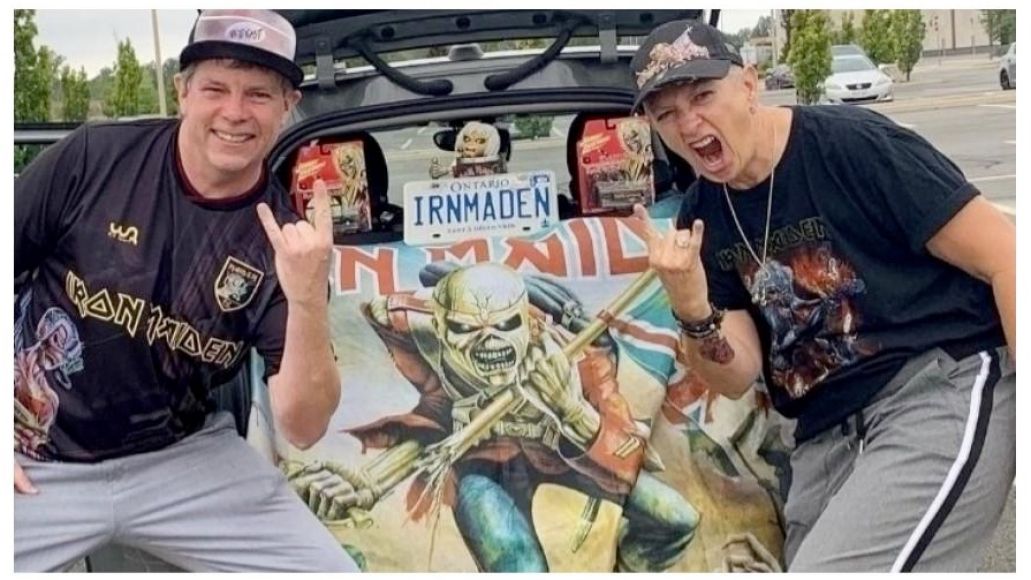 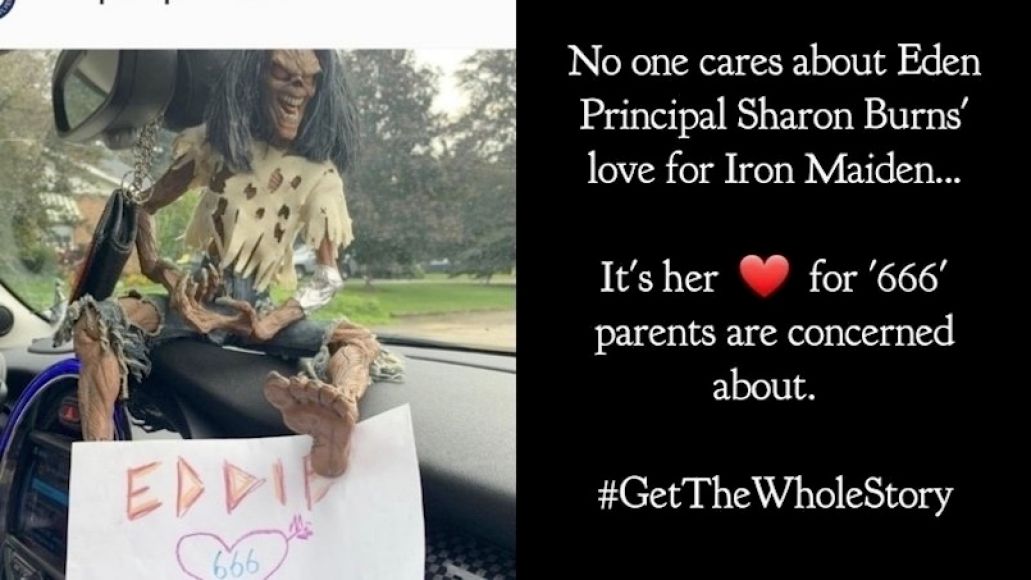