Rolling Loud returned to New York City on Thursday (October 28th) after a one-year hiatus due to the coronavirus pandemic. After a rocky start caused by set times not being announced until the day of, there was palpable excitement in the air for hip-hop fans in attendance.

Day 1 was set up to be a homecoming for several rappers scheduled to play the main stage, and 50 Cent, Joey Bada$$, and Dave East were triumphant with some of the strongest performances thus far. Lil Uzi Vert, Flo Milli, and IDK also turned in standout sets.

However, 50’s set was marred by the return of DaBaby to the Rolling Loud stage after delivering a homophobic rant at the festival’s Miami edition in late July. According to a report from TMZ, Rolling Loud’s organizers actually approved the guest appearance despite the highly-criticized remarks that led to him being dropped from festivals like Lollapalooza and Governors Ball.

Check out some of the most memorable moments from Day 1 below. 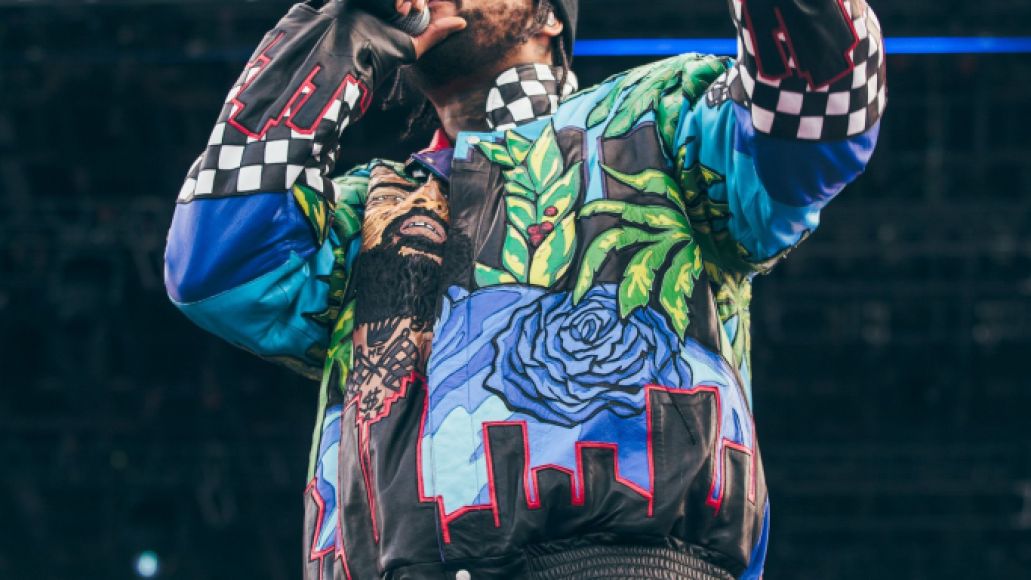 Wearing a jacket paying tribute to the late Nipsey Hussle, Dave East acknowledged his starring role as Method Man on Wu-Tang: America Saga by coming out to the group’s classic “Wu-Tang Clan Ain’t Nuthing ta Fuck Wit.” Once he got down to business, the Harlem native focused on perfectly delivered raps over theatrics. While performing songs like his cautionary tale “Keisha” and “Handsome,” the MC was anything but “Just Another Rapper” during his technically proficient set. 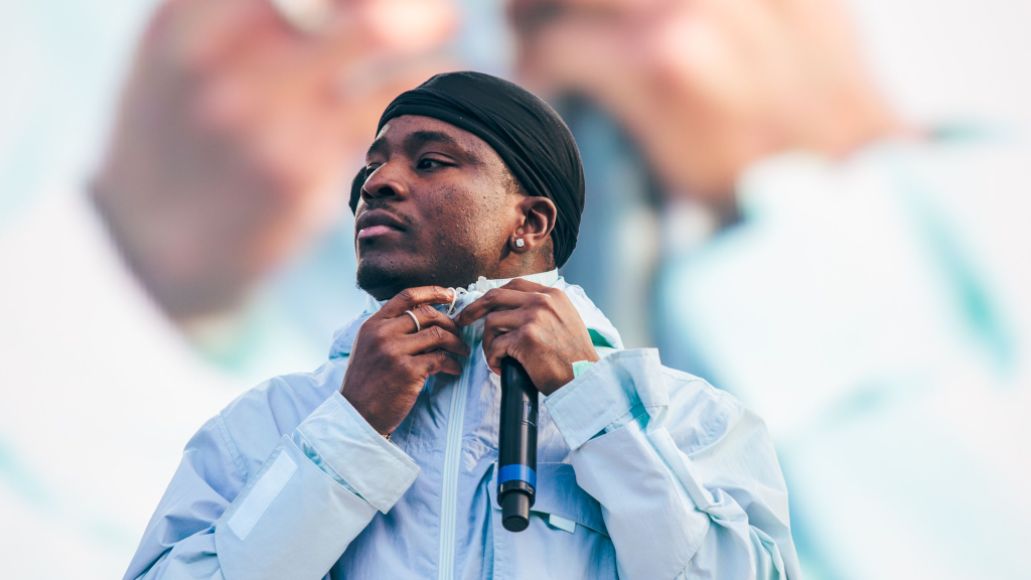 The blown-out, distorted bass at the Audiomack Stage made it hard to make out the songs IDK was performing, but he made the set work. Bouncing across the stage without the aid of a hypeman, the Maryland native’s energetic performance got a small moshpit going. Eventually, the rapper gave in to frustration with the sound issues and yanked out his $2,000 in-ears because “we don’t need them to have a good time.” Judging by the crowd’s exuberant reaction to his set, he made the right decision.

Just like Lollapalooza, Flo Milli was tucked away on the third stage and drew a good crowd of dedicated fans that hung on to every syllable. Swaggering across the stage with a crisp and confident delivery, she commanded the audience’s attention with songs like “Beef FloMix,” “May I,” and “Roaring 20s.” Bookers would be well-served to recognize the 21-year-old rapper’s drawing power.

Joey Bada$$ Threw it Back 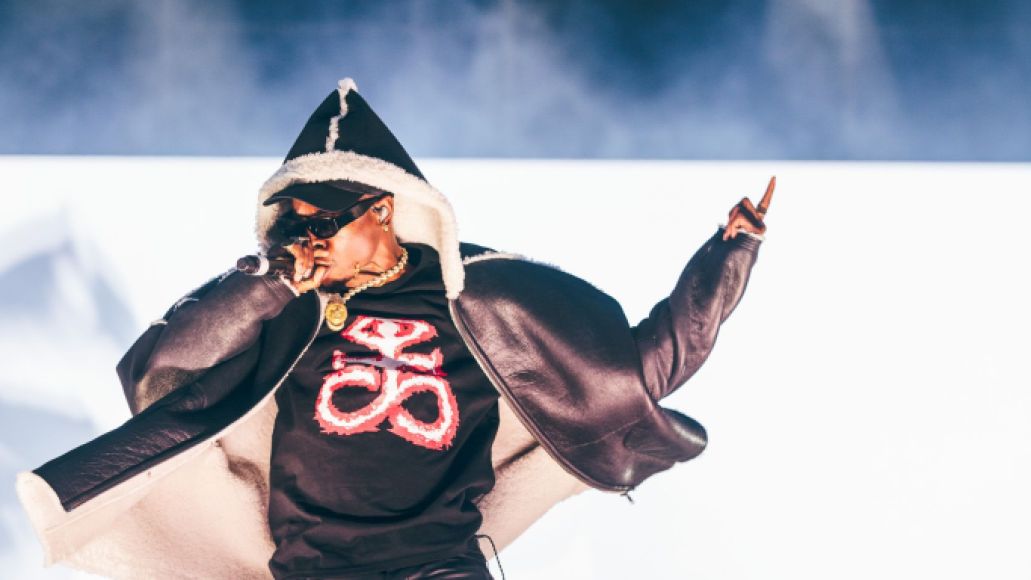 Starting with the DJ-led chant of “Joey, Joey, Joey Fucking Badass,” fans made their presence known by finishing his lines and going buckwild for songs both old and new. Acknowledging the “day ones” in the crowd, the Brooklyn rapper threw it back to tracks like “95 Til Infinity” before debuting two new songs to the excitement of the crowd. Taking a moment to bring down the energy a bit, he closed out the set with “Devastated.” 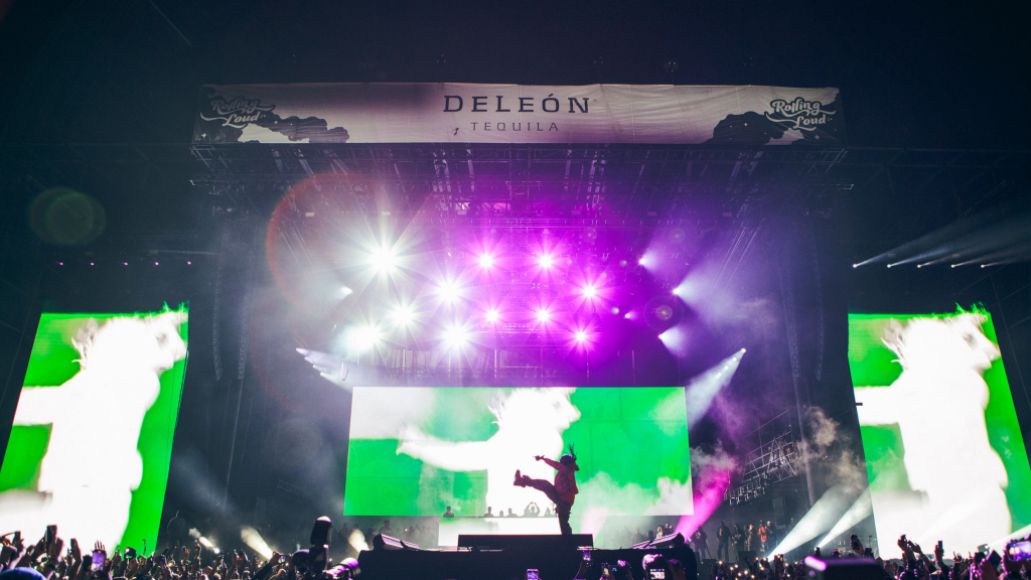 Prior to Uzi’s performance, special guest Bobby Shmurda’s already truncated set was cut off after five minutes due to lateness. The crowd reacted with loud boos, but all was forgiven once Baby Pluto came on stage. Wisely keeping his ears warm with fuzzy blue earmuffs, the short king was more focused on his rock star dance moves than rapping, but Uzi’s fans didn’t care one bit. The psychedelic colors displayed on the massive screens surrounding the stage took the audience on a journey through space as he ran through cuts from his surprisingly deep discography.

50 Cent Shared the Spotlight — For Better or Worse

Scheduled to play the longest set of Day 1, 50 Cent started his walk down memory lane with a cinematic intro of his greatest career accomplishments in music and Hollywood. At the outset, it appeared the Queen rapper was set on pleasing the crowd by balancing classics like “P.I.MP.” with fan favorites like “What Up Gangsta” and “Many Men.”

Half a dozen songs in, however, he delighted the younger crowd by bringing out Bronx rapper A Boogie wit da Hoodie, who battled an uncooperative mic in between his performances of hits like “Look Back at It” and “Swervin.” Although the cameo wasn’t quite a passing of a torch, it was a nice surprise for fans who complained about A Boogie not being included in the hometown lineup.

Next up was A$AP Rocky, who came out dressed in a headwrap and a quilted, down cape to perform “Lord Pretty Flacko Jodye 2 (LPFJ2).” At this point, 50 had earned plenty of goodwill during his set, but all that came screeching to a halt when he brought out DaBaby. To say it was a surprise would be disingenuous, as 50 spoke up on the disgraced rapper’s behalf in August and predicted he would bounce back.

Even more disappointing, DaBaby was welcomed by fans as nothing had ever happened. They cheered at his appearance and mouthed along to his biggest songs. The rapper was received so warmly he didn’t even hesitate to dive off the stage and into the crowd. During an evening when Jack Harlow welcomed Lil Nas X on stage to perform “Industry Baby” just a few sets earlier, it seemed like a slap in the face to the LGBTQ community.

Once 50 took back command of the stage, he made sure the crowd went home happy by performing songs like “In Da Club,” “Candy Shop,” and “21 Questions.”