This review originally ran as part of our coverage of the 2021 Nashville Film Festival.

The Pitch: Over the course of three days, Diana, Princess of Wales (born Diana Spencer) is faced with a decision that will inevitably change her fate: continue living in near agony among the royal family, or separate from her husband?

History already knows the answer, leaving an air of tragedy even in moments of small victory and stolen joy for Princess Diana (Kristen Stewart, as striking in her portrayal as early reactions indicated). “It’s three days,” Diana whispers to herself early in the film. Those three days prove to be a trial more difficult than even she had anticipated.

Heavy Is the Head That Wears the Crown: One of the first shots of Pablo Larraín’s film takes place in a massive chef’s kitchen beneath Sandringham Estate. The camera lingers on a sign above one of the many stations. It reads: KEEP NOISE TO A MINIMUM. THEY CAN HEAR YOU.

This detail is heavy foreshadowing for the story that unfolds over the next 111 minutes. Desperately seeking stability while her marriage to Prince Charles crumbles, Diana is tragic and three-dimensional in the hands of Stewart. While most of the voices that scoffed at Stewart’s casting were silenced after the first trailer revealed her uncanny likeness to the late princess, Stewart has long proven herself an adept indie actress in this post-Twilight world.

The film rests entirely on Stewart’s slight shoulders — the camera almost never leaves her face, even when she is surrounded by the royal family. Steven Knight’s script is sparse, meaning Stewart and the steely supporting players (including Timothy Spall as the family watchdog Major Gregory, Jack Farthing as Prince Charles, and Stella Gonet as Queen Elizabeth) must build tension in other ways — and build it does.

For the Good of the Country: Throughout the film, there isn’t a single room to which Diana can flee where she isn’t interrupted by a knock on the door. “They’re waiting for you, ma’am” is a constant refrain. Diana’s gilded cage is magnificent and miserable — the set pieces and costume design are indulgent, conjuring the feeling of eating sweets to the point of sickness.

Diana also proves herself to be an unreliable narrator. She sees things and people that aren’t there, namely Anne Boelyn, who died by beheading at the hands of King Henry VIII. (While effective, this motif is one of the less subtle tools Larraín uses to communicate Diana’s mental state.) A sequence will play out and then reveal itself as fantasy, never giving the audience a chance to get comfortable.

The Queen of Hearts: Diana’s allies are few: Sally Hawkins is a tender figure as Maggie, Diana’s Royal Dresser, but even she is torn from the princess in a great time of need. Sean Harris, as the Royal Head Chef, also provides moments of reprieve.

It’s particularly heartbreaking that Diana’s best friends seem to be her children, Harry (a wide-eyed Freddie Spry) and William (Jack Nielen), the latter of whom is old and aware enough to know that something has gone horribly wrong. (It’s also difficult not to watch the film and wonder what moral questions exist around even creating a work like this when William and Harry are still alive and facing many of the same battles as their mother. Will Diana and her family ever really be able to escape the camera?) 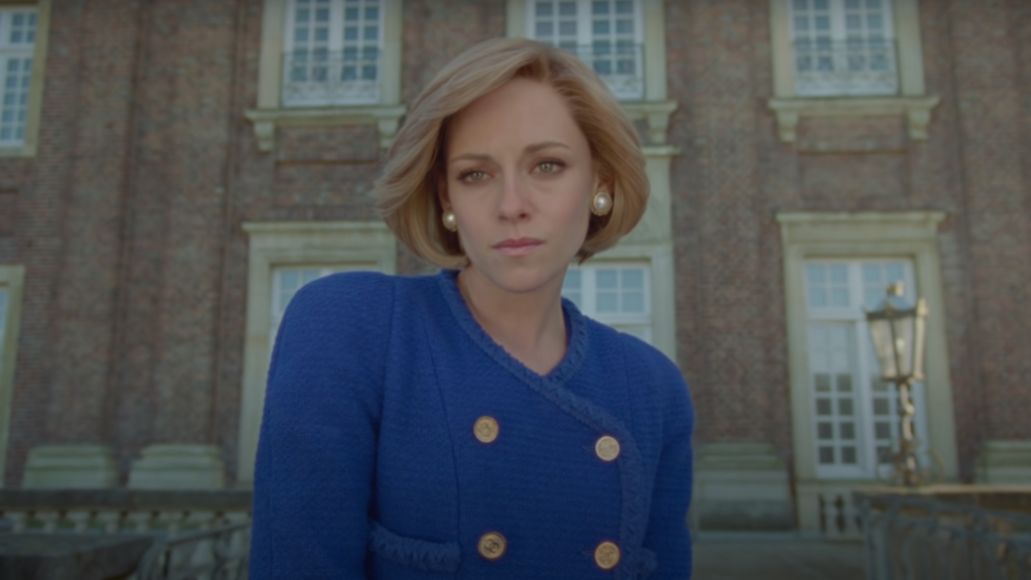 All Hail: Jonny Greenwood’s score is a standout. Greenwood is a master of generating anxiety through his orchestral creations — here, interestingly, he not only uses his characteristic tense strings and woodwinds but also allows things to fall into freeform jazz in many places, mirroring Diana’s spiral out of control.

Less effective are some of the dream sequences, particularly parts of the climactic scene in which Diana moves rapid-fire through memories of her life. Some of it feels like a fashion show (albeit a perfectly executed one); other moments feel like a forced expression of Diana as a free spirit. It’s a surprising moment of heavy-handedness in a film that otherwise exercises expert restraint.

The Verdict: Spencer opens with a simple title card: A FABLE OF A TRUE TRAGEDY. While what we see onscreen is never presented as fact, it is a fascinating journey into the life of one of history’s most beloved figures. There are some low-light moments in which Stewart’s resemblance to the late Diana is shocking, but it’s not the hair and makeup that allows her to disappear into the role. She brings Diana to life authentically, executing moments of petulance, childlike whimsy, stoicism, and panic alike.

Hopefully, this will put an end to those who continue to doubt Stewart’s skill set. Hopefully, too, the world will continue to remember Diana the way this film does: as a young woman, and a mother, just doing her best.

Where’s It Playing?: Spencer played at the Nashville Film Festival on October 6th and will arrive in theaters November 5th.

Spencer Is a Devastating Portrait of the People’s Princess: Review