It may be a mad world, but at least we have a new Tears For Fears album to look forward to. Today, the veteran synth-rock band have announced the release The Tipping Point, their first new album in 17 years, and they’ve shared the title track as an early preview.

“The Tipping Point” is deeply emotional, documenting the feeling of watching a loved one lose a long-fought battle with a disease. Specifically, the song was inspired by the death of Roland Orzabal’s wife in 2017.

“Silver tongue will soon be gone/ When the sunlight hits the room/ Lay down with the myth you want/ Watch their breath and feel the cold/ Raise your hand, bite your tongue/ Conversation is over and done/ We let ’em out, we let ’em in/ Will you ever know when it’s the tipping point/ The tipping point,” the duo sing over laser blasts and ’80s-inspired production.

“Before everything went so right with this album, everything first had to go wrong,” said Orzabal in a statement. “It took years, but something happens when we put our heads together. We’ve got this balance, this push-me-pull-you thing – and it works really well.”

The Tipping Point marks the band’s first studio effort of original music since their 2004 reunion album Everybody Loves a Happy Ending, and is set to be released February 25th via Concord Records. Stream the title track below and check out the artwork and full tracklist as well.

A month before the pandemic upended the world, Tears for Fears announced the reissue of 1985’s Songs from the Big Chair for the album’s 35th anniversary. 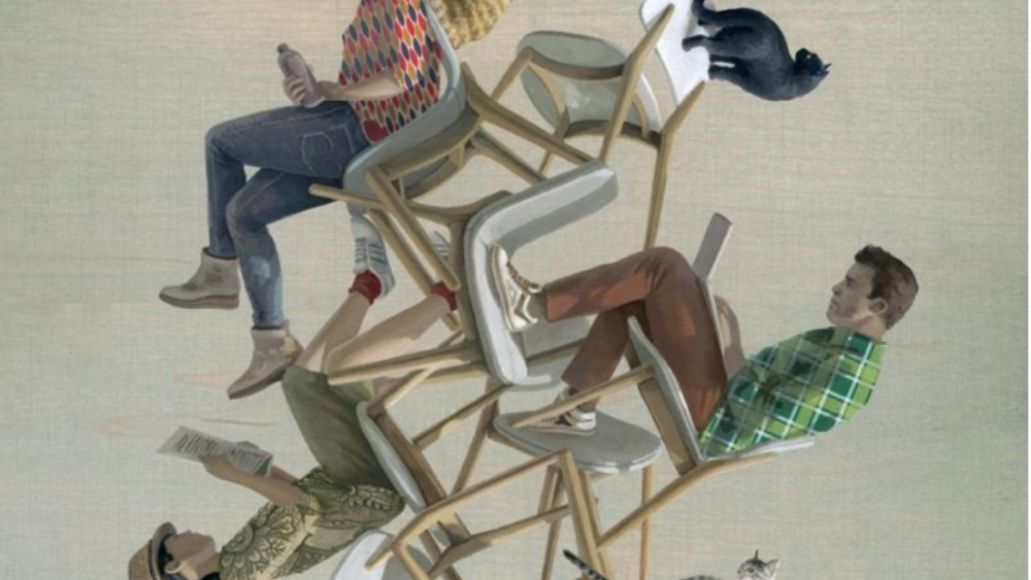