The Pitch: Wes Anderson returns with his first live-action movie since 2014’s The Grand Budapest Hotel, crafting another group of stories within stories (and aspect ratios within aspect ratios). Here, he presents a 1975 issue of The French Dispatch of the Liberty, Kansas Evening Sun, a fictional New Yorker-ish magazine, featuring dramatizations of three major stories: a profile of an imprisoned artist (Benicio del Toro); a chronicle of youthful social revolution, led by Timothée Chalamet; and a combination crime story and food piece narrated by a jack-of-all-trades writer (Jeffrey Wright).

Editorial Oversight: The French Dispatch is overseen by Arthur Howitzer, Jr. (Murray), an editor-in-chief who essentially tricked his father’s Kansas newspaper into spinning off its Sunday supplement into a cultural weekly based on France. As ever, Anderson is in love with arcana that’s disappearing before our eyes — or has already vanished, and can only be re-conjured by elaborate fakery.

To that end, the movie opens with Howitzer’s obituary, and the possibility that his magazine shuttered almost 50 years ago. The movie is also especially presentational, even for Anderson, as his writer characters walk their readers through exposition, colorful characters, and, in one bravura sequence of sight gags, a brief travel guide to the (also fictional) French city of Ennui, led by Owen Wilson. Not all of this is done for comic effect (though Wilson’s sequence is hilarious). At one point, one actor ages into another by switching places, tagging into the movie in full view of the audience, without a cut to depict the passage of time.

It’s a defiance, lovely in its boldness, of how these things are supposed to work on screen, and fits with Anderson’s thematic concerns. Repeatedly, characters struggle with their own expectations about how the world works. In the first segment, art dealer Julien (Adrien Brody) becomes frustrated when he discovers the imprisoned artist Moses Rosenthaler (del Toro), only to find him indifferent to the task of producing art that can be easily commodified and sold. (At his parole hearing, Julien takes it upon himself to testify, unsolicited, about Moses’ genius: “Surely there ought be a double standard?”)

Student protestor Zeffirelli (Chalamet) seeks help from a journalist Lucinda Krementz (Frances McDormand) in composing the correct revolutionary pamphlet. Late in the movie, a writer excises an important moment from his story because it strikes him as simply too sad. The world is too fragile and tenuous to be properly ordered — and of course, this is what a magazine like The French Dispatch endeavors to do anyway, to sort through the culture and tell its readers what is worth knowing. It’s an exercise in elaborate futility, where ultimately, each piece says as much about its writer as it does about its subject. “Just try and make it sound like you wrote it that way on purpose,” goes Howitzer’s editorial mantra. To a degree, isn’t that what we’re forced to do throughout life? 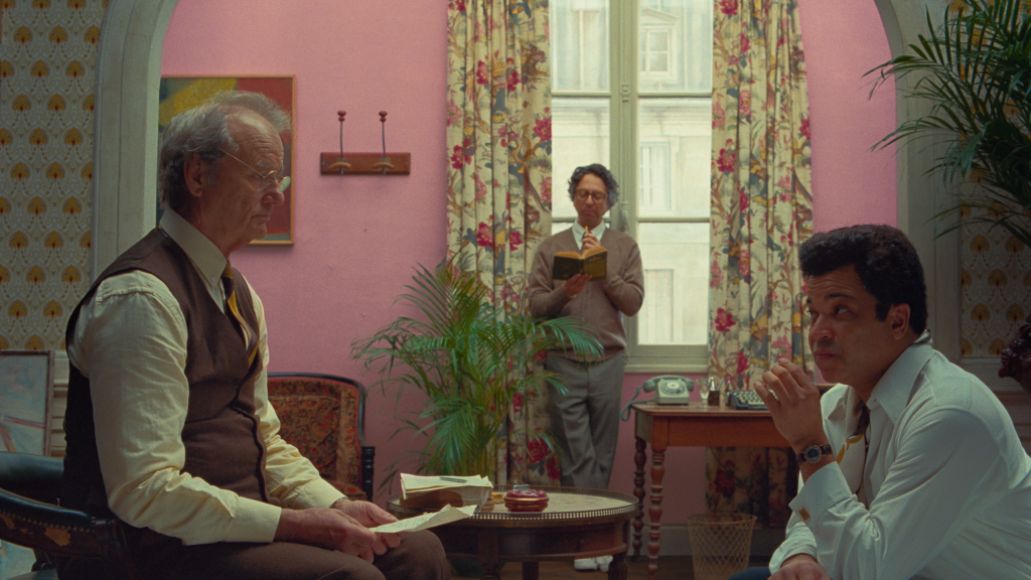 Wes Changes Shape: Though he’s been accused of re-carving the same dollhouse-scale miniatures over and over again, The French Dispatch finds Anderson continuing to fill out his increasingly elaborate skill set. As in Grand Budapest, the aspect ratio shifts frequently, joined here by a toggling between black-and-white and color. Sometimes this even happens within a single scene, as when he needs to give Moses Rosenthaler’s artwork an extra jolt.

Anderson is exercising the control his characters try and often ultimately fail to exert over their own work — while also producing beautiful images at an almost manic clip. This is why Anderson can also be mistaken for arch; he seems to love a good gag at least as much as an elegy.

The Masthead: With such a huge ensemble, some actors are bound to be reduced to cameo-length roles; Edward Norton may not have any lines, and hopefully Elisabeth Moss — wonderful in her two minutes or so — will return for another, more substantial part in a future production. It’s also a bit frustrating when a portion of one segment is given over to some uninspired animation, a less charming budgetary shortcut than Anderson’s past use of stop-motion or miniatures.

But Jeffrey Wright gets a strong showcase in the final segment, where he recounts an adventure involving “police chef” Lt. Nescaffier (Stephen Park), via his “typographic” memory of everything he’s ever written. 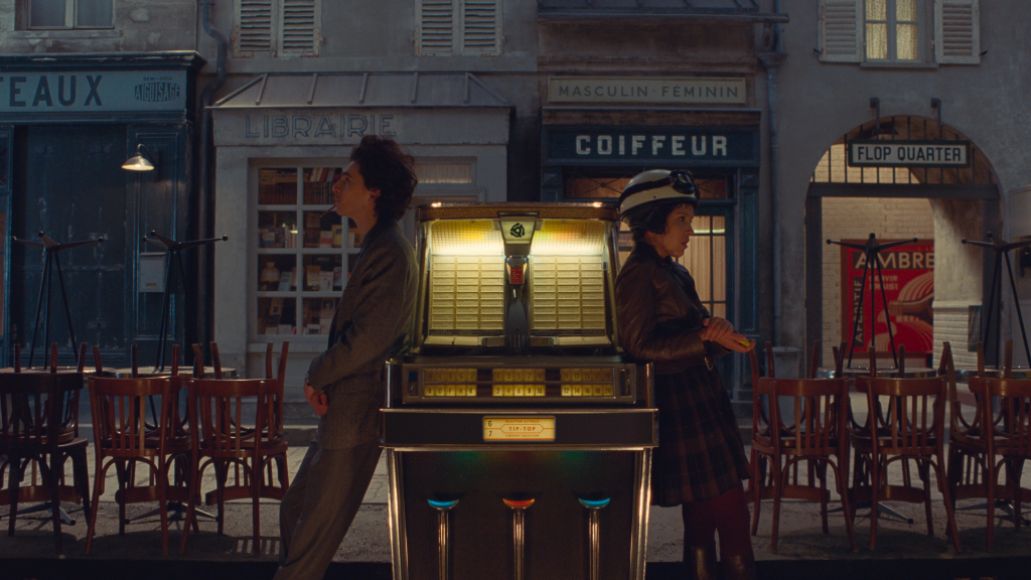 The Verdict: Don’t let anyone tell you The French Dispatch is “minor” Wes Anderson; movies this funny and strange are not minor.

Where’s It Playing? The French Dispatch plays the New York Film Festival on October 2nd, 3rd, and 10th. It will open in limited theatrical release on October 22th.

NYFF Review: Wes Anderson's The French Dispatch is a Star-Packed Issue Worth Picking Up