“This is our 49th show in Los Angeles,” Mick Jagger was shouting. In a flash, the 70,000-capacity SoFi stadium quickly responded with a harmonious yell, building a call and response that even after 60 years, The Rolling Stones have stayed as the undeniable spearheads of rock ‘n’ roll — even if just for the night.

Straight from the American leg of their rescheduled “No Filter Tour,” Sunday (October 17th) marked night two of the sold-out ring of Southern California shows, and it was anything but filtered. For roughly 120 minutes, the Stones secured their crowns as the “kings of rock.”

Guitarists Keith Richards and Ronnie Wood plumped the evening with hard-hitting riffs, typical Jagger catwalks, and soul-infused backup vocals bringing a tight punch to classics like “Gimme Shelter” and “You Can’t Always Get What You Want” that left the crowd in an uproar.

The show launched with a short yet intimate video tribute to longtime Stones drummer Charlie Watts, who passed away in August. Still, the clan has kept things rolling with touring, bringing Steve Jordan to fill the job. As the film played, Watts hit the last cymbal, and the original three walked on stage, acknowledging the passing of ex-bandmate and dear friend before anything.

“We haven’t toured without Charlie in over 59 years. So this one is a little different for us. This one’s for Charlie,” Jagger said as he shimmied his way to center stage, snapping his fingers for “Street Fighting Man” to begin. 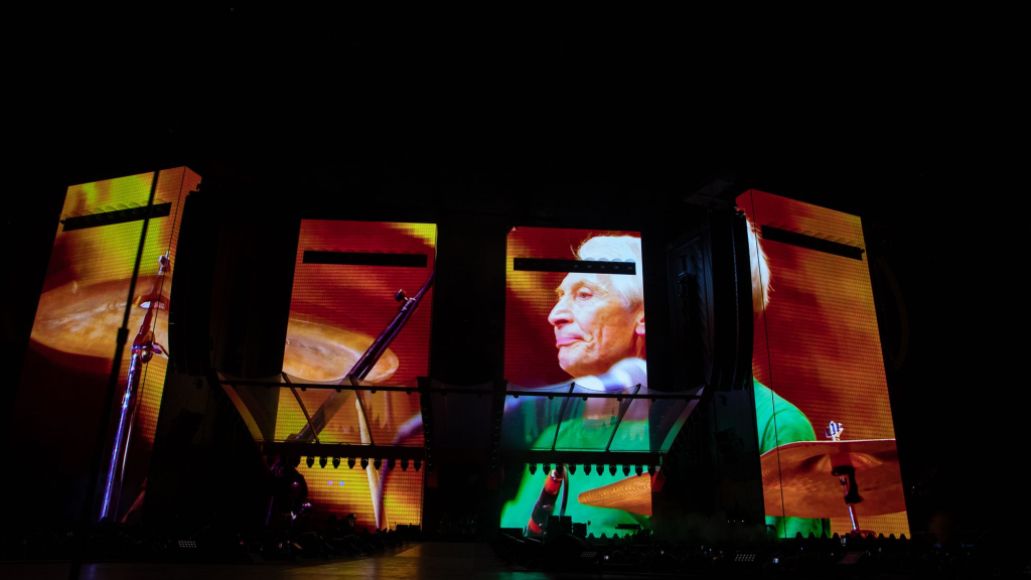 Back in August, countless die-hard fans dreaded the idea of Watts not being around, and questions brewed. Would the members proceed? Would they replace the co-founder so quickly? Yes, but the reasoning is simple: To begin a fresh, new homage and chapter that the Stones have been ready to write. Or play.

As the night continued, so did the newfound love for Jordan, laying down the necessary blues fills and larger-than-life show presence that ultimately makes up for Watts’s absence. But beyond that, there was chemistry. Whether it was direct eye contact with Richards as the master shredder showed off his chops or cackling while Jagger queued another transition, it’s clear he isn’t just a newbie, but family.

Given that Jordan has also been a buddy of the group since contributing some groundwork on the 1986 record “Dirty Work,” it’s no surprise Jordan has been a staple not only to the Stones but the industry itself.

The Stones wasted no time trotting out crowd favorites, including “Beast of Burden” and “Start Me Up.” Best of all, they performed a “crowd choice,” where fans got to pick one song out of four displayed on the overhead screens. Immediately, the crowd chanted for “Wild Horses.” (The setlist varies from city to show, but only slightly.) They also dusted off “All Down the Line” for the first time since 2016. 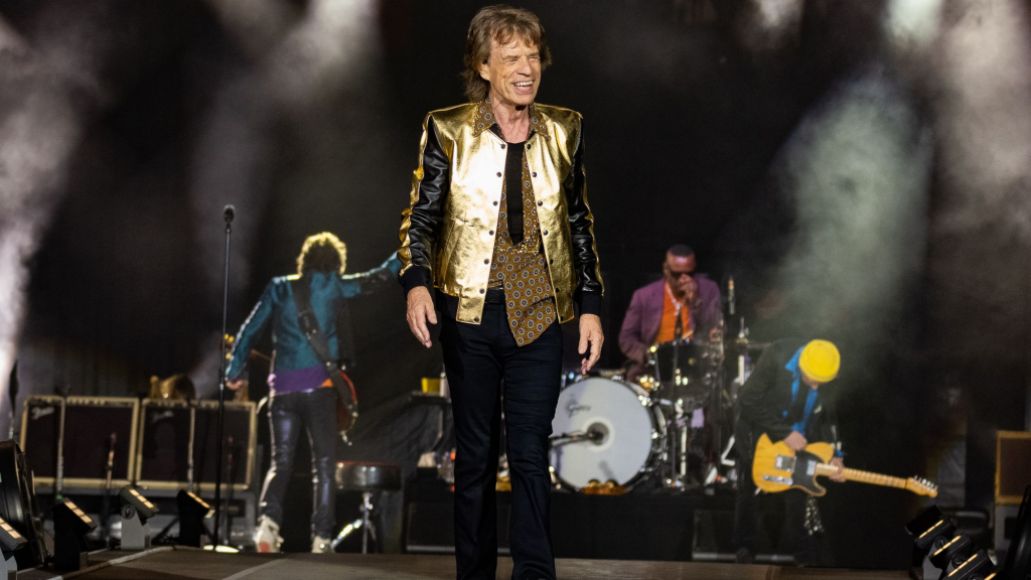 While Woods frantically searched for a 12-string guitar to start “Wild Horse,” Jagger added some much-needed humor to the night, facing the crowd in a silky blue long-sleeve shirt, snickering, “The guys are looking for a 12-string guitar. But we have like 70 guitars up here, yet we can’t find the right one. I guess it’s part of the job.”

Elsewhere, Jagger announced that he and Keith met on a train at Dartford Station on this day back in 1961, marking a staggering 60-year relationship. “60 years ago, to this very day, Keith and I met each other on the train station,” Jagger said, smiling.

The band ended with a two-song encore: “Gimme Shelter,” a powerhouse vocal duet with touring vocalist Sasha Allen, and “(I Can’t Get No) Satisfaction.” If you weren’t shouting the lyrics and putting your overpriced beer into the air during this moment, you were probably in the wrong place.

The “No Filter Tour” marks the end of an era; it also defines a new one. The duality of both worlds colliding is the juxtaposition of old friends finally evolving together and what honestly seems like a tour for just the group’s greatest hits, all while mourning the loss of Watts and the past itself.

Even in their late 70s, the pack has tremendous energy to give. And they give it to the fans gladly. Then again, age is irrelevant for this group. What is relevant is their ongoing ability to connect to the world, just like they have for decades.

Catch the Stones on tour through November; tickets are available via Ticketmaster.

Gimme Shelter
(I Can’t Get No) Satisfaction 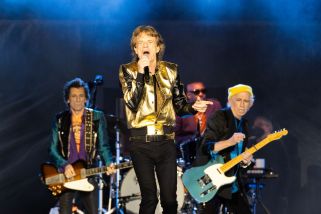 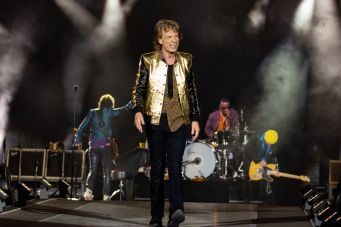 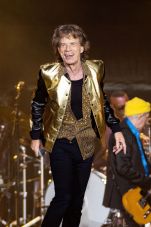