Having just wrapped up his fall outing, Alice Cooper has announced brief 2022 US winter tour. He has also confirmed that his annual “Christmas Pudding” charity concert will return on December 4th of this year in Phoenix, Arizona.

Cooper’s next tour leg will kick off on January 28th in Cincinnati, Ohio, and wrap up on February 8th in Orlando. The day after that, Cooper will hit the high seas as host of the Monsters of Rock Cruise.

However, the shock rock legend does have one more party planned for 2021. After taking a year off due to the pandemic, his annual holiday bash “Christmas Pudding” is back for its 19th iteration. The event benefits the free music, dance, arts, and vocational programs for individuals 12 to 20 years old at Alice Cooper’s Solid Rock Teen Centers.

The celebrity guests attending Christmas Pudding 2021 are still to be announced, but the show will surely boast some high-profile rock stars and friends of Cooper. In 2019, the founding members of the Alice Cooper band (Michael Bruce, Neal Smith, and Dennis Dunaway) made an appearance alongside Judas Priest singer Rob Halford, Johnny Depp, and more. The year prior, it was headlined by the Cooper-Depp-Joe Perry supergroup the Hollywood Vampires.

“The uniqueness of this concert is that you’ll never see this caliber and variety of artists on the same stage again,” Cooper told the Arizona Republic of the upcoming charity show.

Alice Cooper on His New Audio Memoir, the Legacy of “School’s Out,” and Who Should Play Him in a Movie

In our recent interview with Cooper, the legendary singer discussed his recent tours and being back on the road in 2021. “There were times where bands said, ‘Well, maybe this is it. Maybe there is no more touring,'” Cooper told Heavy Consequence. “But now, everybody’s back out there. The audiences are amazing; they are so hungry for live music. That’s what we do. We were like little kids — we were giddy about even rehearsing.”

See the full list of dates for Alice Cooper’s 2022 US tour below, followed by a video promo for the jaunt. While Ace Frehley supported the fall run, no opening act has been announced for the winter jaunt as of yet. 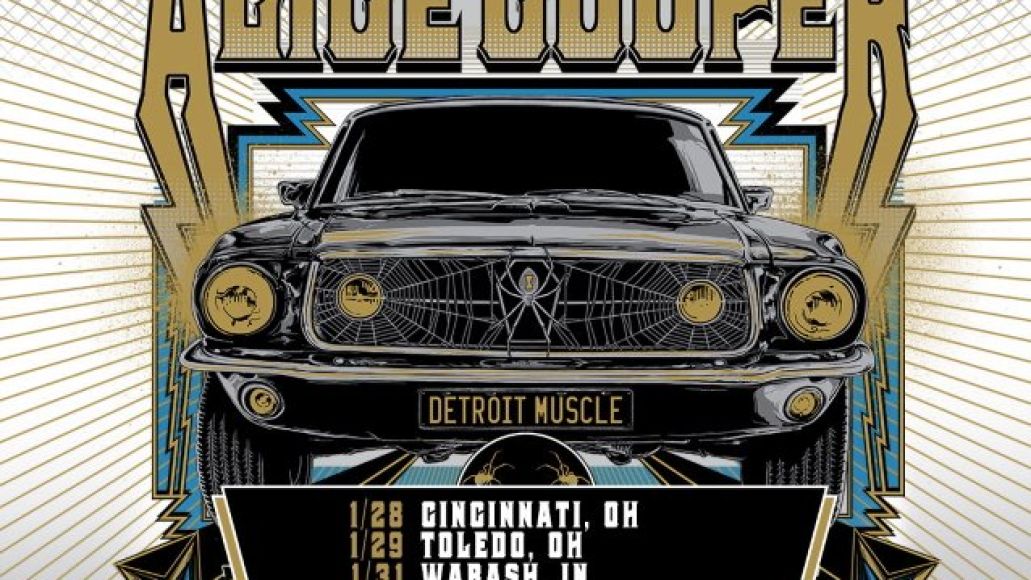