Andrew Hagar, the son of Sammy Hagar, has premiered the vampire western-themed video for his new song “Red Light Appetite.”

The Tyler Wolff-directed video was shot in a “ghost town” outside of Austin, Texas, and has a definite From Dusk Till Dawn vibe. The setup sees Andrew Hagar headlining a show at the local saloon. It turns out one of the patrons is out for blood.

“The video for ‘Red Light Appetite’ was inspired by horror classics such as Evil Dead, 30 Days of Night, The Lost Boys, and From Dusk Till Dawn,” Hagar admits. “We were really going for a particular vibe with the color and photography, and I think we accomplished that pretty well.”

He continued: “We were filming on a full moon and didn’t wrap until 4 a.m., which is pretty perfect considering both the subject matter, themes, and lyrics of ‘Red Light Appetite.'”

Fans of Andrew’s father, the Red Rocker, will definitely hear that same charisma and hubris in his son. “Red Light Appetite” is a glammed-out rocker that unabashedly aims for a massive stadium sound. Andrew Hagar wrote and produced the song alongside Trev Lukather (son of Toto’s Steve Lukather), and full-length album titled Limited Edition Psycho is expected in 2022.

“The song was inspired by my own struggles with the cycle of addiction,” Andrew said. “Not being able to identify the difference between love and lust, using sex as an unhealthy coping mechanism, burying my trauma with drugs and alcohol. Basically all the hallmarks of an addict prior to an intense spiritual awakening.”

Watch the music video for “Red Light Appetite” and see the single’s artwork (by Luca Martinotti, logo by Lukas Havlik) below. 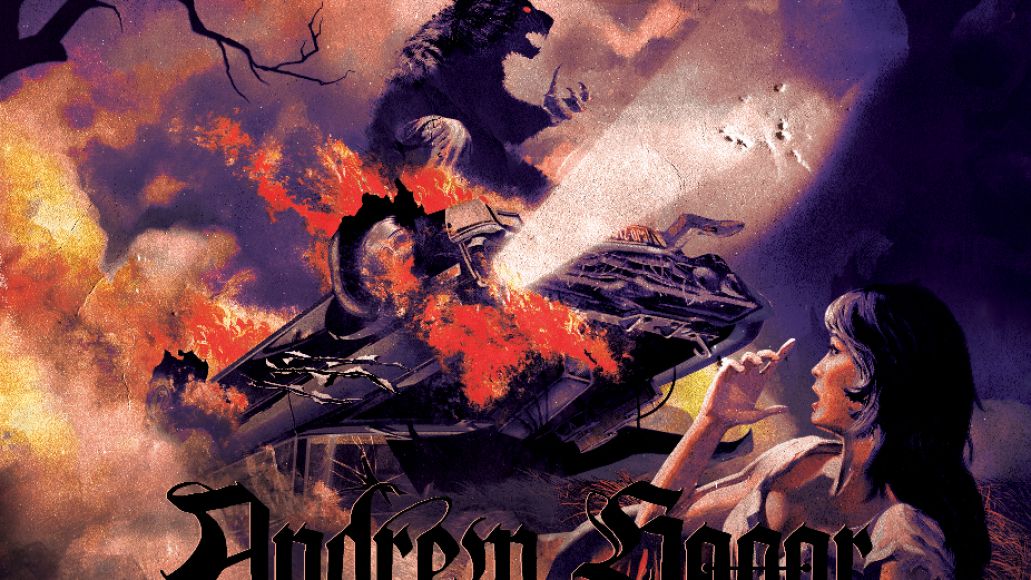