Big Thief have officially announced a new album, Dragon New Warm Mountain I Believe in You, and shared the lead singe “Time Escaping.” Coming from 4AD, the LP is out February 11th, and you can stream the new track below.

Back in early October, the band’s vocalist, Adrianne Lenker, teased that they were readying a 20-track double-LP, which we now know is Dragon New Warm Mountain. Sessions took place in four different locations — Upstate New York, Topanga Canyon, the Rocky Mountains, and in Tucson, Arizona — over the course of five months, resulting in 45 completed tracks. Drummer James Krivchenia led the charge on the whole recording concept and produced the LP.

Each studio location lent itself to a different style of music: The NY sessions were filled with “intuitive recording rituals” that led to previously released tracks “Sparrow” and “Certainty,” while Big Thief explored “their bombastic desires” in California, resulting in previous single “Little Things” and the new “Time Escaping.” Then in the Colorado Rockies, they returned to their roots by working with engineer Dom Monks (who handled the band’s UFOF and Two Hands), leading to tracks like “Change.” Finally, in Arizona, they welcomed Mat Davidson of Twain to join in on vocals and fiddle, the first time they’d ever recorded with a fifth instrumentalist.

Coming from those Topanga Canyon recordings, “Time Escaping” is Big Thief at their most playful, with every instrument sounding like it was played percussively. Take a listen ahead.

Interestingly, the album’s title comes a track not featured on the set itself; on “anything” from Lenker’s 2020 solo album songs, she sings, “Weren’t we the stars in the heaven?/ Weren’t we the salt in the sea?/ Dragon in the new warm mountain/ Didn’t you believe in me?” Dragon New Warm Mountain I Believe in You seems to be a response to the same character referred to in those lyrics.

Find the Dragon New Warm Mountain I Believe in You album artwork below, and pre-order it now. You can also catch Big Thief on tour across North American and Europe next year by grabbing tickets via Ticketmaster.

Dragon New Warm Mountain I Believe in You Artwork: 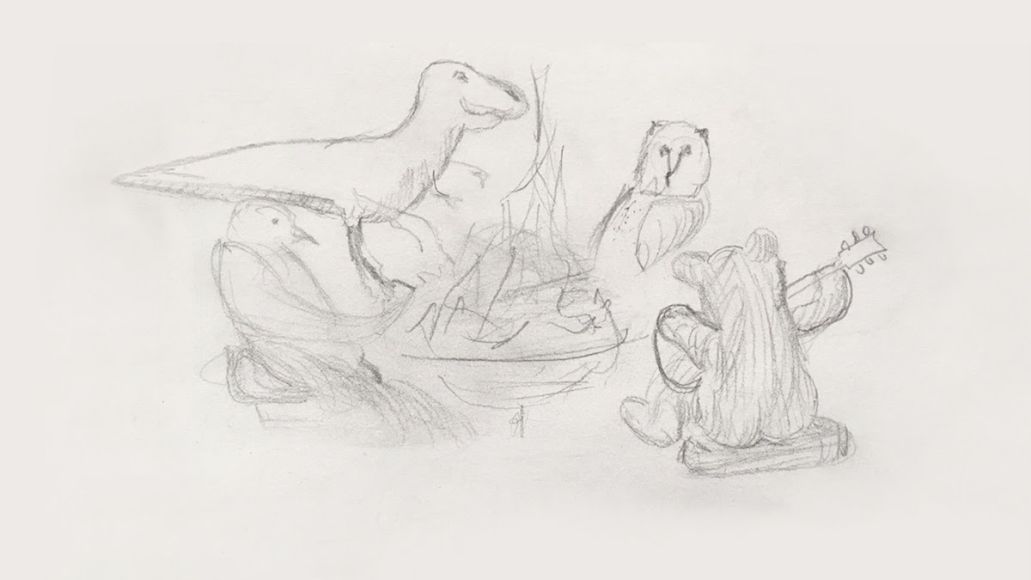