In a night stacked with exciting wins at the AMAs, one thing was clear — the evening of November 21st belonged to BTS and their ARMY.

The 2021 American Music Awards marked the first return to a stateside awards show for the seven members (RM, Jin, Suga, J-Hope, Jimin, V, and Jungkook) since the pandemic, and the Microsoft Theatre in Los Angeles had the energy of a long-awaited homecoming. The fan chants and cheers for BTS, which could even be heard drowning out some moments of the live broadcast, indicated that a vast majority of the in-person audience was there to see a certain Korean group make their return.

It’s been nearly two years since BTS has performed in front of a live audience at all, a fact that hasn’t managed to deter the group’s continuing ascent. Towards the start of the show, BTS joined Coldplay for an energetic performance of “My Universe,” the first time the two groups have been able to deliver the No. 1 song together in person. 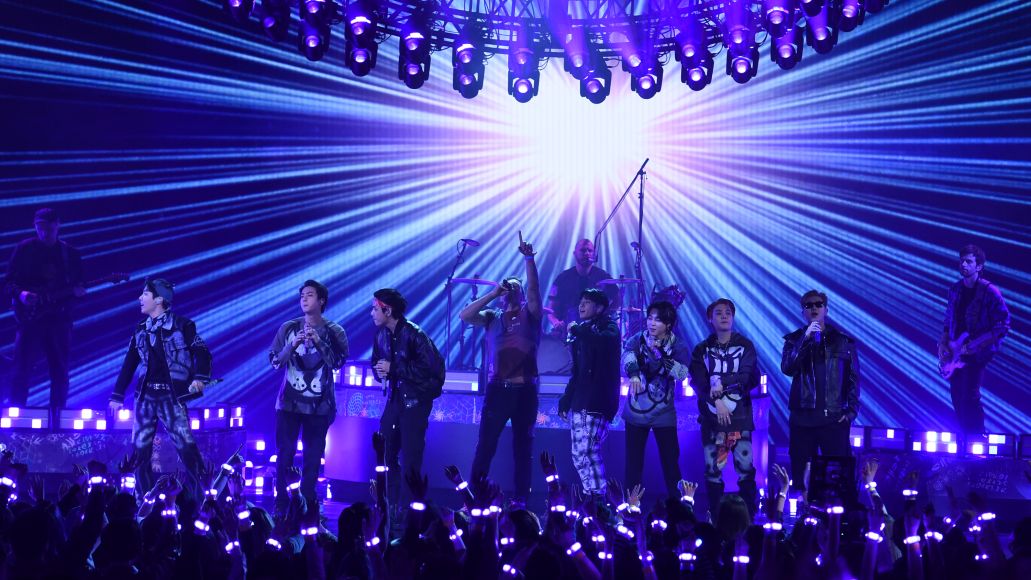 Speaking of No. 1 songs, the win for Best Pop Song (for “Butter”) marked the first time BTS took home the trophy in the general pop category. It’s not uncommon for BTS to lock in trophies in K-pop categories with ease at American awards shows, but “Butter,” the irresistible bop that reigned supreme this summer, is an all-English song that happened to be recorded by a Korean group. The general pop category was the right place for the win.