Even when it comes to a band as frequently discussed and examined as The Beatles, there are still surprises to be found in their rich history. That’s just one of the reasons why The Beatles: Get Back, the three-part documentary series now streaming on Disney+, is such engrossing viewing. Working with over 55 hours of footage originally shot by Michael Lindsay-Hogg, director Peter Jackson has created an intimate look at John Lennon, Paul McCartney, Ringo Starr, and George Harrison, captured both in the act of creation as well as conflict.

With a runtime of 468 minutes, it’s an understatement to say that Get Back reveals a lot about what happened in the course of making the album Let It Be. But below are a few of the more unexpected revelations to come from Jackson’s approach to the source material. While some of these events may not be a huge shock to any hardcore Beatles fan familiar with the history of the band, seeing it all unfold in almost a real-time way carries with it a fresh sort of impact.

[Editor’s note: The following contains spoilers for The Beatles: Get Out.]

01. George Quit the Band for a Few Days, and It Took Some Doing to Get Him Back

In the first week of their needling about in Twickenham, George peaces out quietly after quibbling with Paul about his micromanaging grip and command of the proceedings, writing in his diary, “Got up, went to Twickenham, rehearsed until lunch time – left The Beatles.”

It takes quite a few (off-screen) meetings to get him back, and when they do, it’s with a few specific conditions: Pack up from Twickenham for the more comfortable confines of Apple headquarters, and drop the concert angle they were going for to just focus on the album. 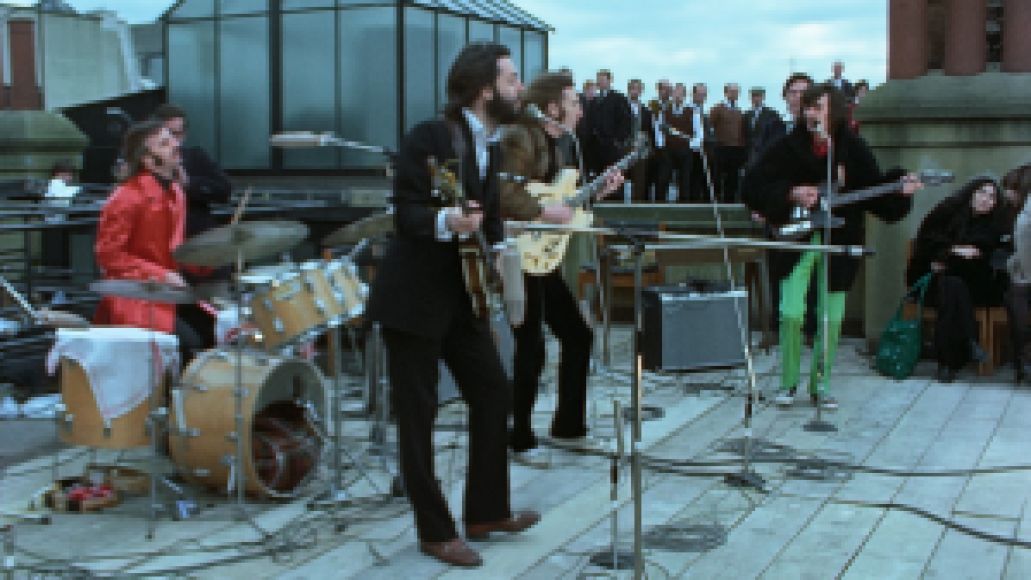 02. The Beatles Still Got Along Quite Well, Actually

Rather than depicting a squabbling band publicly feuding and tense with each other, long stretches of the doc shows them smiling, laughing, joking and playing together. It’s a portrait of a band remembering what brought them together in the first place, and it pokes a hole in the notion that it was specifically their experience making Let It Be that broke them up.