With the release of Ghostbusters: Afterlife just one week away (finally!), Sony Music has announced the highly anticipated sequel’s official soundtrack.

“Working with Jason Reitman on Ghostbusters: Afterlife has been a career highlight for me and my twelve-year-old Ghostbusters-loving self,” Simonsen tells Consequence. “To reflect the idea of passing the torch from old Ghostbusters to new, from Ivan Reitman to his son Jason, we integrated and reimagined Elmer Bernstein’s classic original score into something for a new generation.”

Indeed, references to Bernstein’s compositions appear throughout Simonsen’s new score. In two new tracks revealed today — “Mini-Pufts” and “Lab Partners” — fans will instantly recognize callbacks to floating library ghosts and three plucky scientists who believe “this is definitely it!” It’s more than just familiar notes, however, as Simonsen actually brought in some of the original musicians and instruments featured on Bernstein’s score.

“The cue ‘Mini-Pufts’ was one of most fun cues to write. Cute little terrorizers that have no conscience,” says Simonsen. “We used a synth sound from the legendary DX7 synthesizer, used in the original. We also used a lot of twinkling percussion and of course the ondes martenot, performed by Cynthia Millar who played it on the original ‘84 score.”

Check out “Lab Partners” and “Mini-Pufts” ahead, including a sneak-peek at the scene in which the latter appears in the film. Below that, peep the Ghostbusters: Afterlife (Original Motion Picture Soundtrack) cover art and full tracklist. Pre-orders are available now. 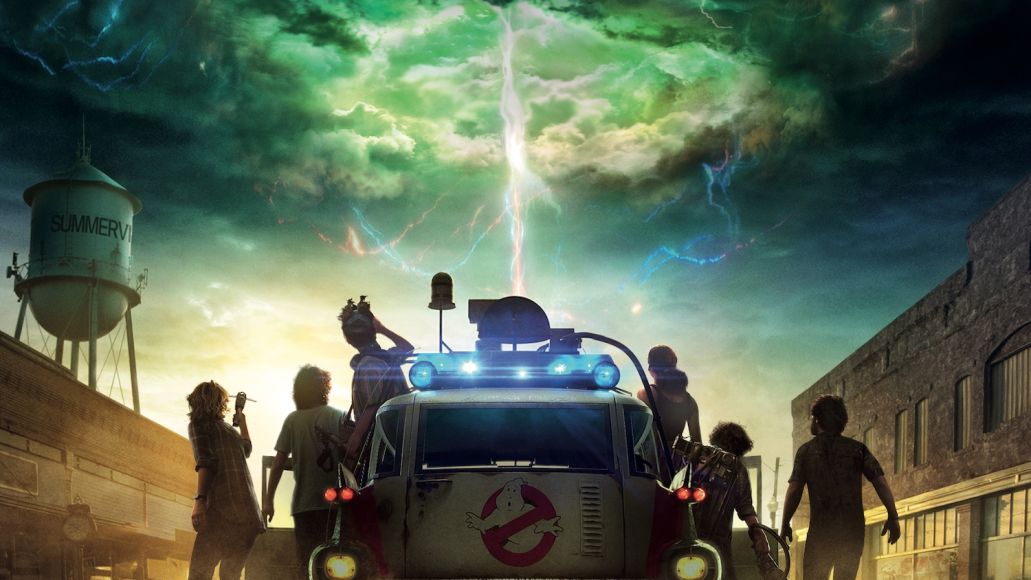