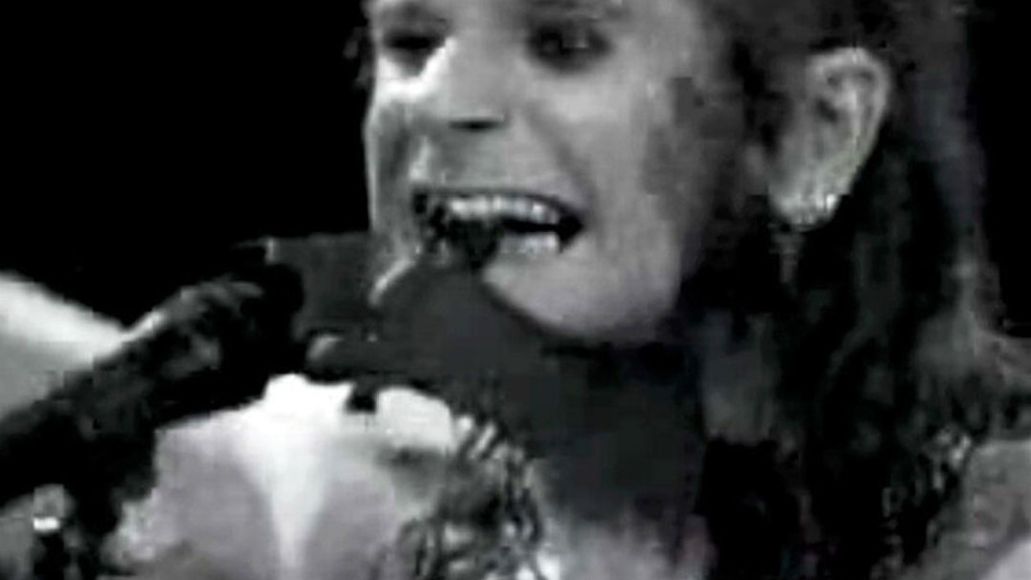 In Peoria, IL, in 1985, G.G. Allin took the first of many shits onstage. The inciting incident was planned out ahead of time, as fellow performer Bloody Mess recalled. “I was with him when he bought the Ex-Lax. Unfortunately, he ate it hours before the show, so he constantly had to hold it in or he would’ve shit before he got onstage.” Luckily (?) he managed to wait until the moment was right.

The resulting pandemonium was much to Allin’s liking, and at later performances he would fling his feces into the crowd or shove it into his mouth. It became as much of a recurring bit as the troubled punk’s promises to commit suicide mid-concert, though his tragic heroin overdose in 1993 put an end to all such antics. — W.G.

It’s no secret that most bands affiliated with the riot grrrl and grunge movements of the ‘90s weren’t exactly concerned with keeping things subdued. For example, take L7’s set at Reading Festival in 1992, during which singer/guitarist Donita Sparks and her bandmates took the stage with red warpaint and some frustrating sound issues.

Determined to make their time at the festival memorable, Sparks clumsily reached into her pants, yanked out her tampon, and threw it into the audience. “Eat my tampon, fuckers,” she yelled, according to one witness. “Watch out for tuberculosis!” Apparently, someone in the crowd threw the tampon back, where it landed on the monitor ledge and remained during Nick Cave’s following set. — A.J.

Blind Melon’s Shannon Hoon Showers the Audience (Not with Compliments)

So much for “No Rain.” Two years before he died of a cocaine overdose, Blind Melon’s Shannon Hoon was performing nude during a Halloween show in Vancouver. Even though he was the only naked person, he decided the front row needed a shower. As journalist Steve Newton recalled, Hoon “started peeing all over the stage and then aimed his weenie at the poor folks in the front row. Considering the duration of Hoon’s urination, it looked like a good pee, but a chorus of boos went up anyway.” Hoon was arrested afterwards for indecency. — W.G.

A Cameo From Iggy Pop’s Lunch

You could write a whole book about all the bizarre stunts Iggy Pop pulled on stage — in fact, some people have — but out of all his grotesque and absurd debauchery, nothing stands out quite as much as his habit of vomiting mid-performance, sometimes directly on audience members. “The first time I ever did it, it was out of frustration,” the Stooges frontman once told Tom Snyder. “I just felt very bad at the time, and music is an expressive medium that sometimes — sometimes — can get out of hand.”

But of course, being one of the most famous faces in rock history means even your upchucked lunch might be a welcome sight to some freaky fans: “Let’s see you puke!” one Geri Miller yelled during a show. Iggy moseyed over to the famed go-go dancer and obliged, right all over her. — A.J.