The abiding premise of Home Alone — a precocious tot in suburban Chicago defending his home against bumbling burglars with an array of increasingly complicated booby traps — feels like the kind of lightning-in-a-bottle pitch that could only sustain itself for one perfect movie. And yet, like its fellow Christmas-siege classic Die Hard, that hasn’t stopped studio execs from mining the concept for, count ’em, four sequels and counting. (A fifth, Home Sweet Home Alone, is set to premiere on Disney+ on November 12th.)

After the success of the 1990 original, written by John Hughes and directed by Chris Columbus — a film that grossed nearly $500 million at the box office and catapulted Macaulay Culkin to superstardom — a sequel naturally followed, Home Alone 2: Lost in New York. Expanding the scope of the action beyond one suburban Chicago home to the buildings and streets of the Big Apple, it felt like a suitable escalation of the original premise. It’s got everything: Tim Curry as a mincing concierge, Oscar winner Brenda Fricker as a wise, homeless pigeon lady, future President Donald Trump forcing his way into a cameo.

But after that, the series expanded its brief outside the life and misfortunes of plucky young Kevin McCallister; it turns out that, all across America (though mostly in suburban Chicago), there’s a host of tousled-haired moppets just itching to rain down holy fire on any clumsy criminals who deign to set foot inside their castle. And through one theatrically-released sequel, and two direct-to-TV entries after that, the tradition of children giving adults concussions in the name of protecting private property has stood strong for the last 30 years.

With Home Sweet Home Alone just around the corner to continue Kevin McCallister’s trap-laying legacy, let’s look at how the franchise has fared without its original star, and whether there aren’t any hidden gems among the low-budget rabble. 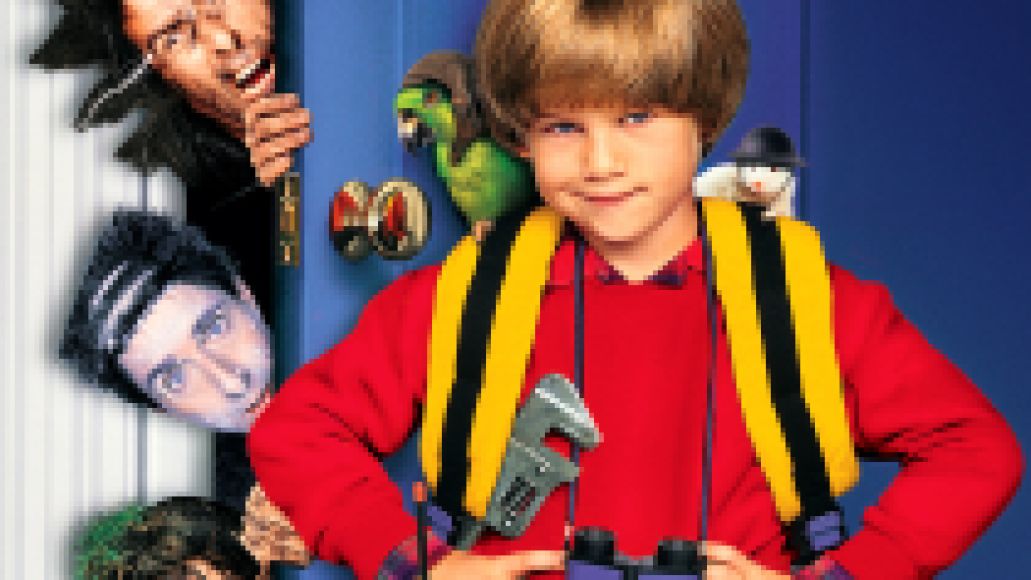 The Kid: With no Macauley, original creator and writer John Hughes (returning for the last time in the series) and director Raja Gosnell (who edited the first two Homes Alone) settled for the next best thing: dimple-cheeked bowl cut recipient Alex D. Linz as Alex Pruitt, another Evanston kid with an overactive imagination and a preternaturally-advanced vocabulary. He’s a solid replacement for Kevin, honestly, feeling and looking even younger and more precocious than Kevin, and his essential sweetness makes him feel more like a hero than the comparatively cynical Kevin. Unlike the first two entries, the contrivance that gets him home alone is a bit more realistic: he’s got chicken pox, and his workaholic parents — was there any other kind in the ’90s? — can’t look after him.

The Family: Unlike the overflowing McCallister clan, the Pruitts seem a much more modest upper-middle-class family with more realistic problems. Mother Karen (Haviland Morris) is the classic overworked ’90s mom, juggling the demands of work with the stressors of motherhood, which isn’t helped by the dim-witted patriarch Jack (Kevin Kilner). Alex has two siblings that get on his nerves (one of whom is played by a young Scarlett Johansson!), but they ultimately come out in support of him. “You’re a hero!” ScarJo tells young Alex at the end. No small praise from a future Avenger.

The Traps: And pain they receive: Unlike the relatively shorter sequences in the first two films, it feels like nearly the entire latter half of Home Alone 3 is dedicated to an escalating host of borderline-homicidal homemade booby traps. Alex plays switcheroo with his trampoline and frozen backyard pool; he sets up dumbbells and flower pots; there’s even more than one avenue for the intruders to straight-up electrocute themselves. (He’s lucky that the running lawnmower he jury-rigs only gives his target a severe haircut; he could be up on murder charges.)

Is It Any Good? As these things go, Home Alone 3 is a solid entry in the series; Hughes is still at the pen, and God help him Linz is just too cute to deny. The film’s early acts, in which the burglars make their way through the street breaking into homes to look for the chip, turn Alex into an erstwhile Jimmy Stewart in Rear Window, constantly trying to warn his parents and the authorities of the threat on their street only to be dismissed as an attention-seeking kid. (“Excuse me for being a good citizen!” he squeaks.)

Not only that, the film’s higher stakes makes the extended series of booby-trap pranks all the more palatable. After all, this kid isn’t just getting his rocks off inflicting pain on adults: He’s saving the world, damnit. Roger Ebert, the madman, even argued that it was the best of the series to date: “To my astonishment, I liked the third Home Alone movie better than the first two.” 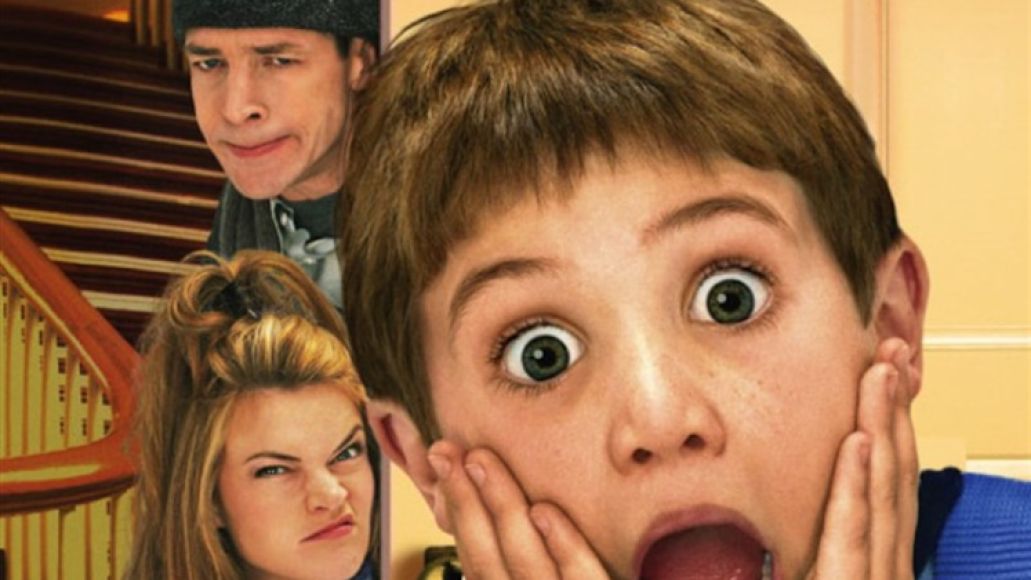 The Kid: Kevin McCallister’s back, baby! Well, not really; instead of Macaulay Culkin, Kevin’s now played by Mike Weinberg, who feels less like a child actor and more like a kid some talent scout picked out from a mall Santa line. Ostensibly, this is a sequel to the first two, but now he’s… 9 when he should be 10? It’s deeply confusing, and Weinberg doesn’t nearly have Macaulay’s screen presence (or even Alex D. Linz’s?), with none of the otherworldly cynicism that made Kevin feel so unique.

The Family: What’s more, the McCallister family has been completely upended: When the film opens, Kevin’s parents are split up, with his father (now played by Jason Beghe of Chicago PD and ex-Scientologist fame) now engaged to a much younger, richer woman (Joanna Going) who owns a “smart home” mansion filled with all the latest gadgets. Kevin still lives with his mother (Clare Carey, a deep downgrade from Catherine O’Hara), who still pines for his dad despite the cascade of terrible choices that had to have led to their impending divorce.

The Crooks: One of the Wet Bandits is back (sort of), with Daniel Stern’s Marv now played by human trollface-meme French Stewart, mugging and squinting through this thing so hard it looks like he’s constantly staring into a solar eclipse. In tow is his white-trash girlfriend Vera, played by a deeply overqualified Missi Pyle, who mostly just tiptoes around in low-cut jeans and a fur coat (as was the fashion in the 2000s). They’re set to scope out the mansion so they can kidnap the prince of a vaguely-defined royal family attending a party at the mansion on Christmas Eve.

Plus, in the closest thing this film has to a twist, the “inside man” turns out to be not the stern-but-friendly butler (Erick Avari, endearingly committed to every syllable of this nonsense) but the maid, Barbara Babcock’s Molly, who turns out to be Marv’s mother. What are the odds?

The Traps: The aforementioned “smart house” conceit is Taking Back the House‘s idea of upgrading the Home Alone premise for the 21st century, but all the high-tech hijinks in the world are no match for the homespun horrors Kevin inflicted on the Wet Bandits in the past.

Instead, Taking Back the House plays out like someone got confused which Culkin franchise they were writing a sequel to, Home Alone or Richie Rich, and just hoped that no one would notice. There ain’t a sawed-off banister or precariously-balanced paint can in sight: just pricey remote-controlled toy airplanes to the crotch and super showers that flood your house at the push of the wrong button. It’s just not as fun to see Kevin deliver all his deadly delights through a universal remote.

It’s downright quaint to see, in an age where Alexas and Siris are commonplace. In the early aughts, we thought we’d be shouting “DOOR. OPEN” into a remote control instead of, y’know, using the doorknob.

Is It Any Good? More than the deep decrease in budget from 3 to 4 (right down to the Times New Roman opening credits font and the very clear sense that Cape Town, South Africa is standing in for Winnetka), Taking Back the House is borderline macabre in its desire to dredge up the original characters from the first two films, recognizable in name only.

What’s the point in bringing back Kevin and a Wet Bandit if they’re not going to walk, talk, or look like the characters we know? From stem to stern, Taking Back the House strips away what charms the series has had up to this point: the kid’s bland, the villains obnoxious, and the booby traps are as uncreative and automated as a mass-produced hamburger.

The Bizarre, Booby-Trap-Happy History of the Home Alone Sequels