Iron Maiden singer Bruce Dickinson has announced that he is bringing his “An Evening with Bruce Dickinson” spoken-word tour to the US and Canada in early 2022.

Dickinson has described the spoken-word tour as a “sideways look” at his life. The first part of the evening features a satirical monologue from the Iron Maiden frontman, featuring anecdotes, photography, videos, and even a performance or two. For example, Dickinson broke into an a cappella rendition of the Maiden song “Revelations” at one of his 2021 UK appearances.

The second half of the show consists of a Q&A session with the audience. Considering Dickinson’s impressive resume beyond music — he’s a licensed pilot, a published author, actor, fencer, and TV commentator (just to name a few) — there’s plenty of talking points. As a press release states, “The more left-field and quirky the question, the more interesting and compelling the response is likely to be.”

The North American tour will see Dickinson traveling far and wide over the course of 44 shows. The US leg kicks off January 17th in Fort Lauderdale, Florida, and runs all the way through March 12th in Las Vegas. Dickinson will then head across Canada, performing March 14th in Vancouver before wrapping things up on March 30th in Kitchener, Ontario.

You can see the full list of dates for Bruce Dickinson’s upcoming 2022 North American tour below. 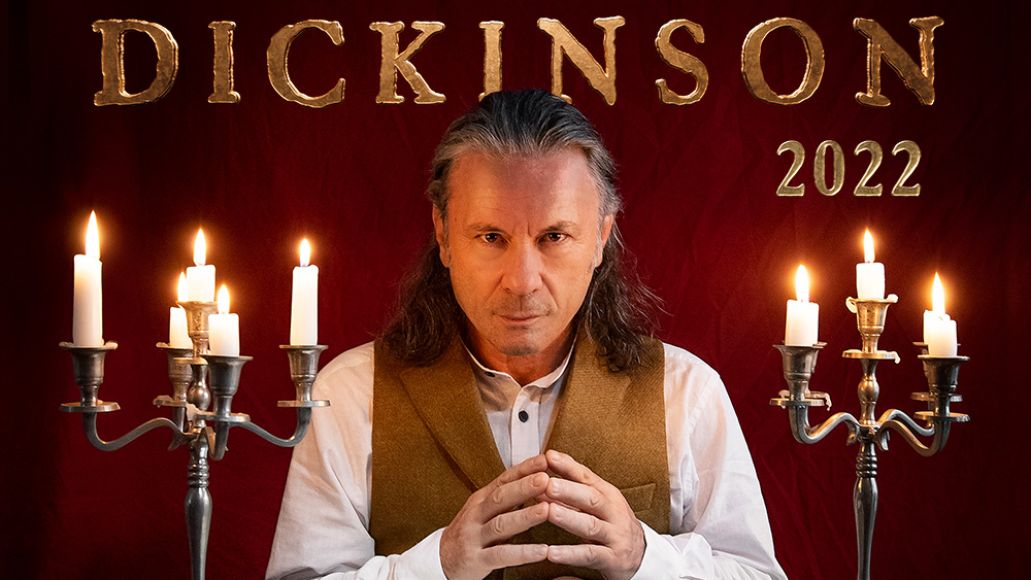