Iron Maiden have teamed with Marvel for a new collection of apparel and accessories that blends the universe of the band with the legendary comic imprint.

The eye-popping line puts Maiden mascot Eddie alongside the Marvel heroes (and villains) such as Wolverine, Deadpool, and Venom.

So far, the collaboration only extends to a select variety of T-shirts and sweatshirts, but the designs are killer. One features Senjutsu Eddie alongside Wolverine, another design renders Venom on the cover of Killers, and yet another depicts Deadpool in the single artwork for “Stranger in a Strange Land.”

If Marvel characters aren’t your thing, then there is also a shirt design that has transformed the iconic sleeve of the “The Trooper” single into a comic book cover —  a vivid re-imagining of Iron Maiden’s popular “Trooper” shirt.

“Eddie has long stood shoulder to shoulder with the greatest super heroes and we’re also pretty proud of the Worlds we created for his many incarnations – from battlefields to Egyptian tombs to frozen icescapes or futuristic cities,” said Iron Maiden manager Rod Smallwood in a press announcement. “Juxtaposing some of the most recognizable characters in pop art and comic book culture into planet Maiden has been an ambition of ours for years and working with Marvel and their unparalleled character-based IP is the perfect fit in this day and age.”

The new line has launched just in time for the holidays and is available via Iron Maiden’s online store, Hot Topic stores, and German e-commerce site EMP. 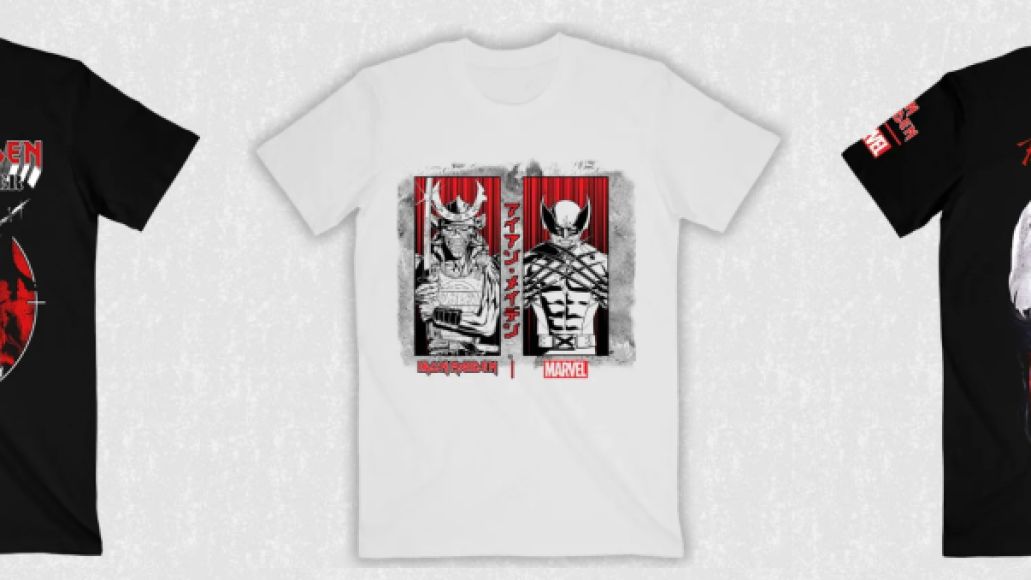 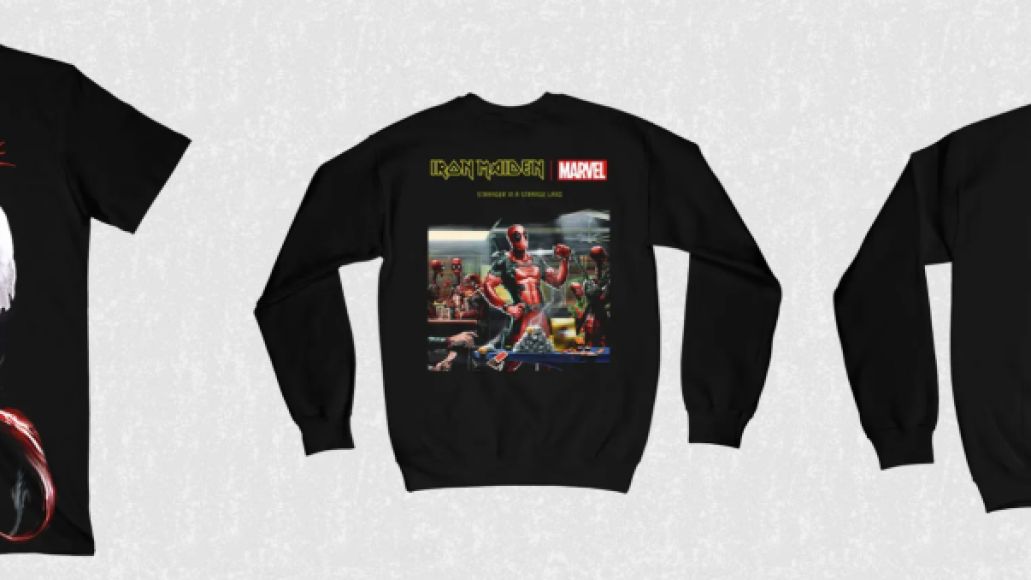 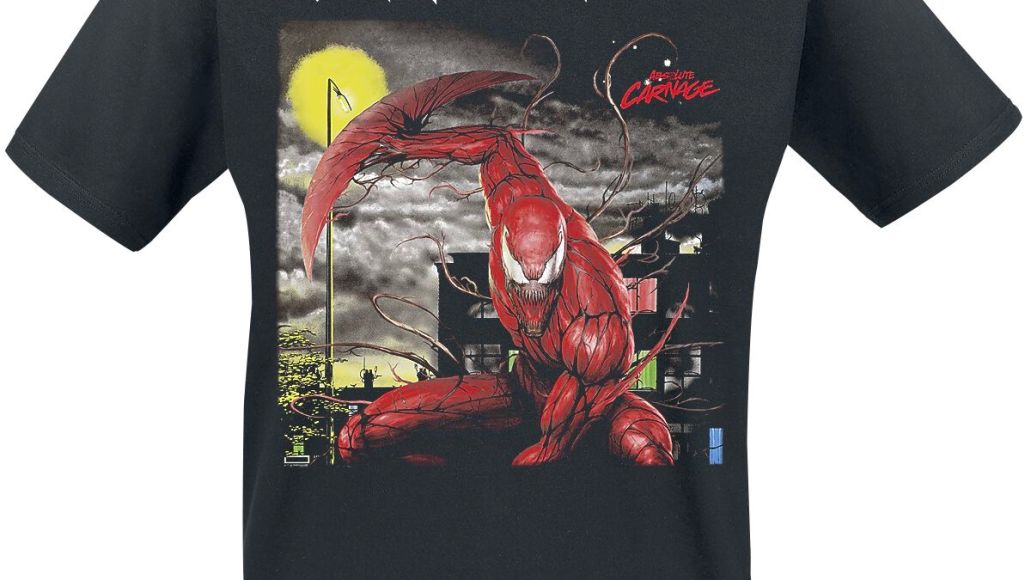