The Queen of Christmas is back and she’s bringing… McNuggets. Mariah Carey has teamed with McDonald’s for the Mariah Menu, 12 days of free food giveaways throughout the holiday season.

Think of it like an advent calendar where the daily gifts are things like Big Macs and McChickens — and a catch. Beginning December 13th, customers who spend at least $1 on the McDonald’s app will get one of Carey’s fast food favorites free with their order. Your standards like a McDouble (December 19th) or apple pie (December 20th) are all there, as well as pancakes (December 18th) and two chocolate chip cookies (December 24th, for Santa, of course).

“Some of my favorite memories with my kids are our family trips to McDonald’s, and of course, each of us has our go-to order,” said Carey in a press release. “Mine is the cheeseburger, and I get it with extra pickles. Bringing together some of our favorite food from McDonald’s with my all-time favorite season is a holiday wish come true.”

Cheeseburgers will be given away on December 17th, for what it’s worth. No word if they’ll charge extra to make it a Mariah Special with the extra pickles.

What’s more, all the free menu items will be served in a custom designed “festive packaging inspired by Mariah’s love for the holidays and chic style.” So like Santa’s red velvet bag, only greasier.

Check out McDonald’s full Mariah Menu below, and get ready to stuff your gut like a stocking this holiday season. 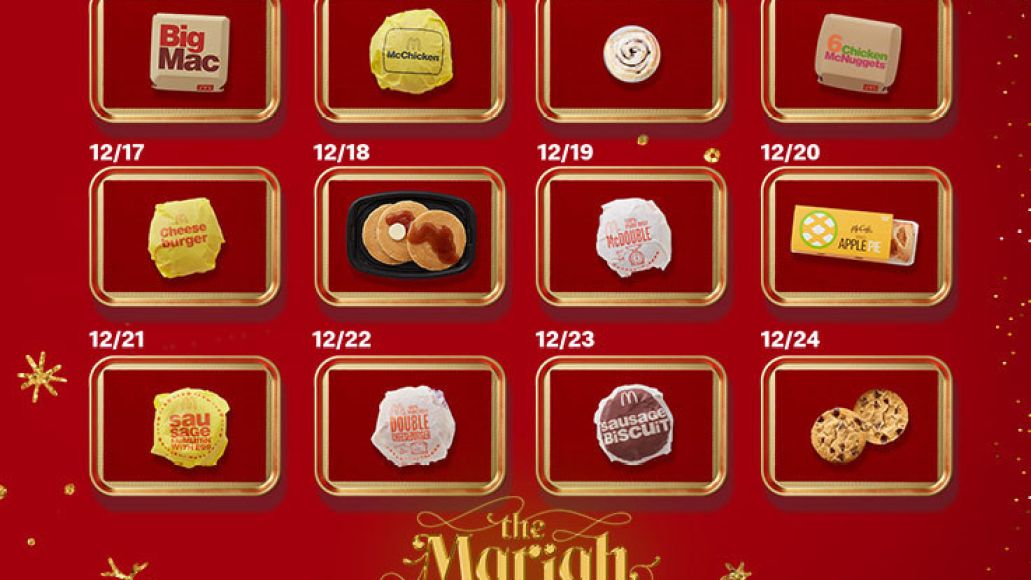