It’s been ten years since Matt Smith burst out of the TARDIS in his tweed jacket and into TV sets around the globe as the eleventh incarnation of The Doctor on the long-running British sci-fi series Doctor Who, a role that earned him instant status as a British icon. Since then, the tall, idiosyncratic actor has found steady, acclaimed work deconstructing other famed figures of British history and literature, from Prince Philip in the first two seasons of The Crown (for which he snagged an Emmy nomination) to a biopic of photographer Robert Mapplethorpe.

His latest, Edgar Wright’s time-twisting psychological thriller Last Night in Soho, sees him taking on a broader school of British bloke: the kinds of domineering pimps who were chock-a-block in London’s Soho neighborhood in the 1960s.

As Jack, the boyfriend-turned-manager-turned-abuser of Anya Taylor-Joy’s starstruck hopeful Sandie — both ghostly apparitions the young 21-century fashion student Eloise (Thomasin McKenzie) sees in her dreams every night — Smith cuts a menacing figure as icily as he cuts a rug on the dance floor of Soho’s pounding nightclubs. He’s an avatar of the kinds of manipulative gangsters who would prey on vulnerable women to get what they wanted, Smith modulating between snakelike charm and steely-eyed anger.

Like so many of Wright’s characters, Jack is an amalgam of a host of British cultural and cinematic references, swinging intensely between the giddy cultural nostalgia Wright traffics in and the darkness that lies underneath all the bright lights of Soho.

Consequence spoke to Smith the week after the film’s premiere to talk about the many cinematic and historical touchpoints that went into playing Jack, and how much the costumes and music (and Wright’s pop culture homework) helped him in the role. He also touches on the continued legacy of Doctor Who and his role in the upcoming Sony/Marvel film Morbius.

Check out the wide-ranging conversation below.

Last Night in Soho is finally out in the world. Have you seen it with an audience? What’s the reception been like?

I saw it with an audience in Venice, actually. It was great. You know, I’m really proud of this movie. I think Edgar is a sort of generational talent. We’re so lucky to have him as a British filmmaker, because I think in years to come we’ll be looking back on him as one of the greats. I feel thrilled that I got to work with him. And you know, I hope people go back to the theaters to watch this film, because I think it deserves to be seen on a big screen turned up loud, with that great punting soundtrack. He’s just doing some brilliant work, I have to say.

Oh, yeah, to spend any time in his company is a sort of education on movies, really. He’s literally seen every movie that you could think of. [Laughs.]

Did he make you do any cinematic homework on the kind of influences Soho works from, especially with the character of Jack?

Totally; there are a lot of movies from that period. There’s a movie called Poor Cow by Ken Loach, which has got Terence Stamp [who also appears in Soho], and Peeping Tom as well. He gives you a list of loads of great British gangster-y parts, and love stories, and great London stories as well. I think London comes out as a real character in the movie, actually.

He’s also very musically literate, obviously, with his use of source music and soundtrack. I had a chance to interview him about the Sparks documentary he put out this year; I know how much of a superfan he is. Did he ever bug you about Sparks whenever you were on set?

No, but I knew he was making that at the same time we were shooting. You know, it’s weird, isn’t it? I knew nothing about Sparks at all before that. They’re one of those bands, aren’t they? They’re such an iconic band that flew under the radar. And what a great movie he made. Brilliant.

Right, I’d never heard of them either before seeing it, and now they’re my new favorite band. 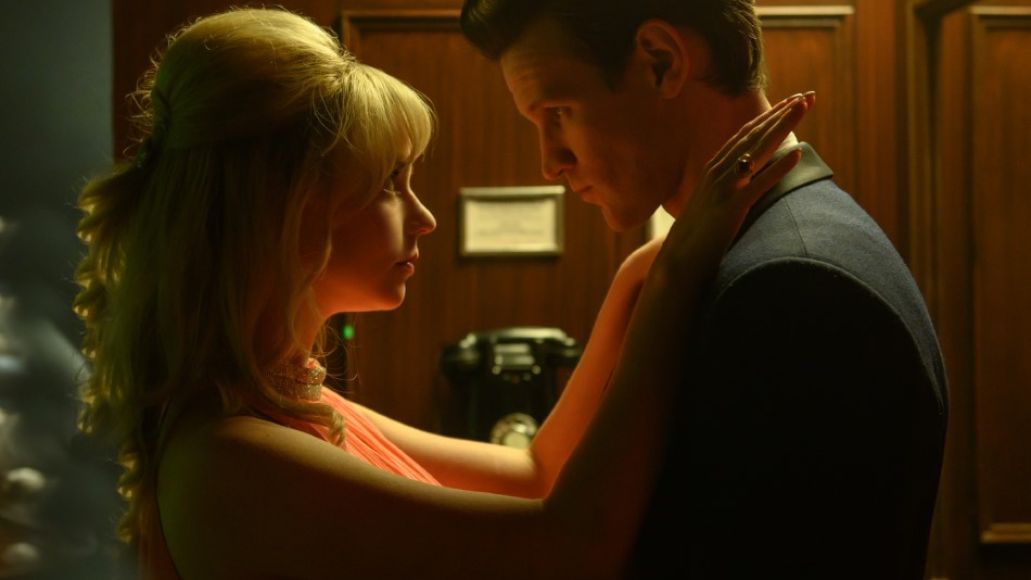 Let’s talk about the character of Jack, which had to have been an incredible challenge for you — not just with the research and everything, but having to toe so many facets of the character. You have to be suave and menacing; domineering, but with this plausible deniability. The audience has to be left guessing about who you really are. What was it like building that tone, and modulating your performance around an audience’s expectations?

I suppose we started from a great place with Edgar and Kristy’s [Wilson-Cairns] script. They’re great filmmakers and writers, respectively. And they gave me a dance in the middle of it, which just helps. It’s such a cool moment of film, I think, actually. But it’s like anything really, you immerse yourself in as many films and periods and as much detail of Soho in the ’60s as you can get your hands on. Once you peel back the dark layers of Soho, characters like Jack are sort of everywhere in every city in the world.

Let’s talk about that dance sequence — there’s amazing, intricate choreography you had to learn. And the pressure is very much on you as a performer, because the camera’s largely centered on you so all of these switcheroos between Anya Taylor-Joy and Thomasin McKenzie can happen.

A lot of it is practical; it’s often just hiding behind a sort of Steadicam and then leaping into shot when we’re meant to be there. It was fun, man, it was a fun thing to shoot. Chung [Chung-hoon], the DP, did brilliant work on realizing that — not only technically, because there’s a lot of technical wizardry that goes into it — but also, there’s a lot of practical stuff. Just hiding and being there at the right time. There’s a touch of theater about it, I suppose. Yeah, man, it was cool to learn all that. And to be able to dance with Anya, who’s just a really groovy dancer. 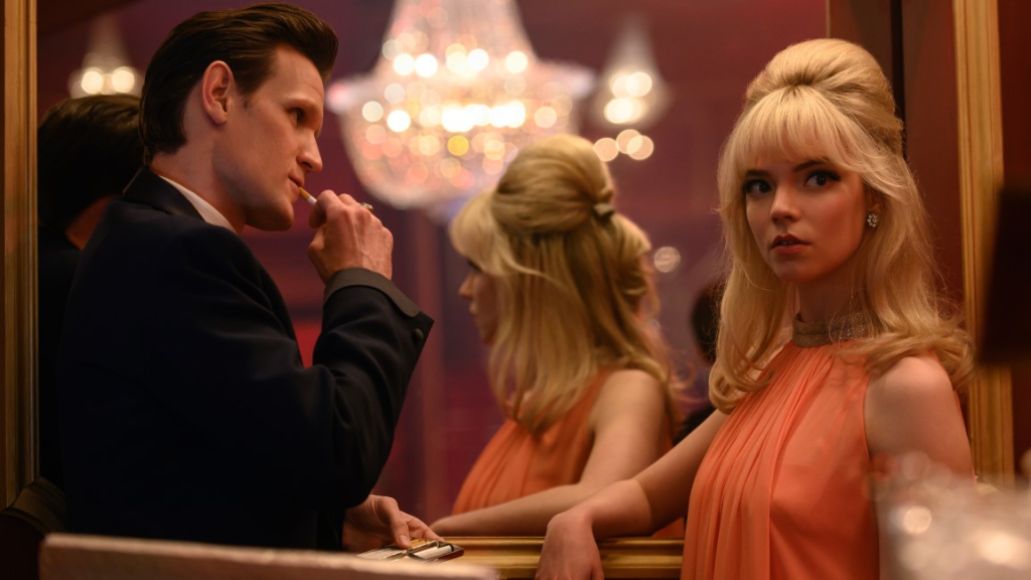 I also imagine that a fundamental component for getting into the character of Jack is that slim-fitted ’60s mod suit.

Oh yeah, Odile [Dicks-Mireaux], our costume designer, did brilliant work. Those boxy cuts are reminiscent of Ronnie and Reggie Kray and people like that. It was just a very fashionable, stylish period, wasn’t it? Men knew how to dress then, there was a touch of class about them. And I think a character like Jack probably spends all his money on suits; he appears to have more money than he’s actually got, I would think.

And there’s a sense of manipulation about that, too, evidence that he has to put up appearances, this front of sophistication that hides this seedy underbelly, much like Soho itself.

I imagine it’s hard to find moments to show that in the film, especially as your character is being viewed exclusively from the lens of another character that doesn’t really know you. Jack, for all intents and purposes, is a bit of a ghost. Was it difficult for you to latch onto a personal history or things like that?

You’re pretty right, he blends into the city a bit, or comes in and out of it, I suppose. Edgar gave me a list of films and great musical references to bring you into the character as much as you can. And like you said, the suit really helps you settle on that. But he also gave me this tome of information about crimes in Soho, which was written down by a policeman. It was fascinating to read all these different acts of negligence and crime and robbery and all sorts that were going on in Soho in that period. It was really quite useful.

What sort of things did you internalize about the character of Jack from that research?

The more you read about all these little crimes and misdemeanors, there were all these different characters that would emerge: pickpockets and thieves, people getting robbed on the street. And there were people like Jack who worked in bars and were, I suppose, abusing their positions of power as much as they could to try to make their way and make a buck in a big sea. All those sorts of things seep into you, the more time you spend researching them. 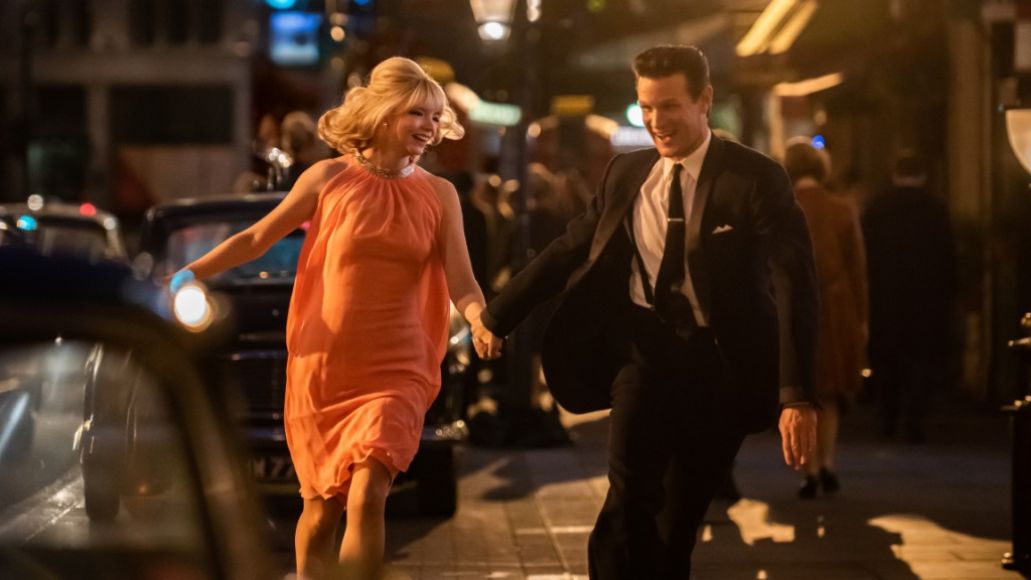 There’s something really reptilian about Jack that resonates as a thread through so many of your characters, whether it’s American Psycho or even the Doctor. There’s such a dark undercurrent to their charming facades. Do you relish being able to play those kinds of double-edged roles?

I think so. Those are the characters that are really interesting, aren’t they? Jack is caught up in his own ambition, really, and in a different version of life, he might have turned out to be a nice bloke. But I think the world of Soho, and the glamour and danger of it sort of sweep him up, and he succumbs to it. But the Doctor is an interesting one, actually; I’ve always felt that he’s full of darkness. He’s got so much blood on his hands, the Doctor. That’s why he’s so bouncy in life, because if he wasn’t, I think you’d be in real trouble.

The Doctor kind of runs away from his problems in a similar way that Jack runs towards the dance floor.

Yeah! I’d quite like to see the Doctor grooving on the dance floor, though.

He can bring back the Drunk Giraffe.

Matt Smith on Last Night in Soho, Morbius and Whether He'd Return to Doctor Who: "I'm Thrilled to Be Part of That World"