To see a Mike Mills film — Thumbsucker, Beginners, 20th Century Women — is to be steeped in a deep pool of empathy. He’s an acutely sensitive director, his works feeling less like didactic authorial statements than loose, open meditations that allow his actors to take the lead and guide him along gently interpersonal journeys. His latest, C’Mon C’Mon, is no different, though Mills focuses his eye this time on the electric, unpredictable relationships between adults and children.

Here, we get something akin to the avuncular, A24 version of the Adam Sandler comedy Big Daddy: a childless thirty-something man (Joaquin Phoenix’s jocular but forlorn Johnny) suddenly thrust into a situation where he must unexpectedly look after a precocious young boy (the spectacular Woody Norman, playing Johnny’s nephew Jesse) with nary an idea of how to do it. His only guide is his sister and the boy’s mother, Viv (Gaby Hoffmann), who offers him exasperated guidance while she deals with Jesse’s bipolar father (Scoot McNairy).

What’s more, this responsibility falls in Johnny’s lap in the middle of a project in which he travels across the country interviewing children about their thoughts on the future. But as the two embark on this journey together, Johnny and Jesse gain a deeper understanding of one another, two wounded souls who bond over their inability to articulate their respective emotional needs.

The film is another gentle, observational win from Mills, whose loose, documentary-like approach leans back from showiness and allows its characters to breathe. It’s an emotionally intelligent film about the power of memory, and the unexpected things grownups and children can learn from each other.

The day before the film’s premiere in theaters, Consequence sat down with Mike Mills over Zoom to talk about that central concern — the foggy rift between children and adults — and what it means to him and his role as a parent alongside his partner, fellow indie director Miranda July. This interview has been edited for clarity.

While I know C’Mon C’Mon isn’t necessarily autobiographical per se, it comes from a very personal place: your relationship with your child. I’m curious about the specific thought or notion that you had wanted to explore about that relationship that came through into the film’s genesis.

Oh, God, I don’t know if there’s an answer like that. Because of the intimacy you experience with your kid, compounded or abstracted by that radical tie you feel to the world when you have a kid, and your responsibilities to both. That spectrum is super intimate, and also like, “Wow, there’s so much at stake here, for this person I’m taking care of. I have to try to explain the world.” So that’s one layer I’m trying to get.

Another layer is just — love. It sounds so simple, but love is one of the more complicated, difficult, multi-layered things to write about. I think I’m always writing about love. I even wrote it in the script: “Even when you love someone so much, even if they’re your kid and you’ve genetically created them, they’re still a huge mystery to you.” There are so many parts of them that are really hard for you to completely understand, and I love that. Certainly, part of the impetus to make the film, for me, is holding onto that difficulty.

The National on the Influence of Director Mike Mills

Love is work, too, which I think is borne out in the script. It’s also really interesting that you come at it from the angle of a character for whom, yes they’re blood, but it’s not his direct child. It’s very much a Parenting 101 situation where Johnny is thrust into this new set of responsibilities he was never expecting to have.

Right? It’s so weird, I initially thought about the uncle as a way to get away from me and my kid — to give my kids space and to protect our privacy a bit. But as I started writing, I realized it was also great for filmmaking, because as you said, he has to learn everything all at once, which is great. Films love that.

And then, as a dad, you’re constantly being judo-flipped by this person who is smaller than you. You don’t know what to do, you’re way out on a limb, lost. So that was wonderful, and it actually helped me find those parts of the real story.

That’s definitely part of my experience: not just my experience but other parents and other friends who have children. Kids are very powerful entities, and they’re very intelligent. They’re developmentally different, but not less than. I definitely want to show that. I don’t know, to call it a struggle or a challenge almost misses the point, or splits it between good and bad parts. You don’t really experience it like that. It’s like this interwoven, constantly thrumming jungle that you’re in.

Which comes out in the film, too. Both literally and figuratively, Johnny and Jesse are interviewing each other, getting to know each other in each little interaction.

Especially these two; if you asked my real kid all these questions, they’d be like, “Later,” and not answer anything. But Johnny and Jesse don’t know each other, and Jesse is really curious about Johnny because he doesn’t remember him very much. And I think Jesse senses that he can figure out more about his mom from Johnny because he knew her when she was little, and he can then know her in a different way. 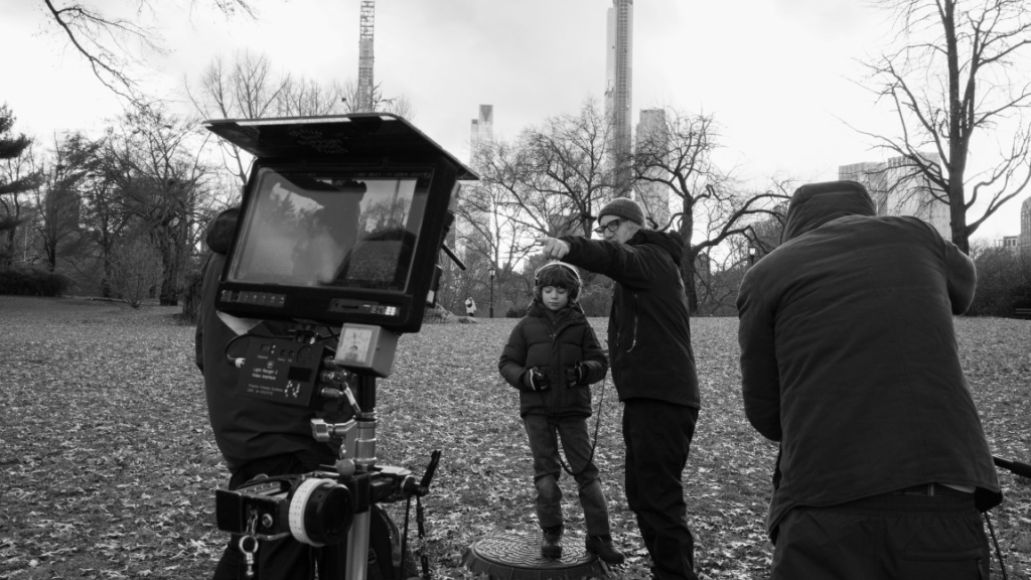 And obviously, so much of that is down to Woody Norman, who’s just so astounding and open as a performer. When in the process did you find him? What was the looseness of working with a child like, especially within the specific auspices of this project?

Woody came in the first casting tape and was amazing from the beginning. I did something good in a past life, because that tape was there, and I brought him out to do the audition. One thing I would say is that there’s this constant thing of, “Oh, he’s a child actor, he’s a kid,” and all that. Woody’s completely professional; he’s a deep actor and loves acting. He’s really capable, he can cry in any scene that you want. He’s British and doing an American accent the whole time.

I showed the film to Elle Fanning, and she has this great comment: “I wish people didn’t say ‘child actor,’ because it makes you feel like your work is less than what the adults are doing, or different, or cute.” When you do well, you’re a savant, you know? Woody was the most professional, the most prepared, the most capable. So it was never really like that for us, I didn’t make a special situation for a kid.

That’s totally fair. One interesting element in that communication between adult and child, though, is your choice to include all these books and stories Johnny would read, complete with subtitles on screen naming them. I’m very curious as to how you selected this kind of curriculum. Were these stories that hold personal significance to you?

Oh yeah, I read [Claire A. Nivola’s] Star Child to my kid all the time, and I cry, and my kid makes fun of me. But the themes of Star Child are near and dear to me; they’re really the themes of all my films. What do you remember, the way life whizzes by you, etc. I think all my films are about trying to understand your life as it’s happening. In the Jacqueline Rose essay about mothers, I found it so piercing and intelligent; she puts so much together so quickly. It’s just stuff I love that’s around me.

The Kirsten Johnson [essay, “An Incomplete List of What the Camera Enables”] came during the edit. We’re friends; I’m a huge admirer of the consciousness in her work, and I did a Q&A with her. And something in my head went, “Kirsten’s thing [that] she wrote for Cameraperson so describes Joaquin’s character and all the problems of the documentary work, and it’d be an amazing way to learn about this character through this exterior text that I didn’t write.” I’m very excited about including other voices, de-centering my authorial voice, and being this sort of collector. That’s how I see it.