New Orleans arts coalition NOLAxNOLA has announced NOLAxNOLA ‘21: Show Your Love! A Virtual Celebration of New Orleans. The livestream fundraiser takes place November 19th and 20th, and will use performances by Tank and the Bangas, Big Freedia, and a tribute to Dr. John to support local not-for-profits.

“It’s been a long time since our community around the globe was together to celebrate the New Orleans music and flavor that we all love so much,” says Paul Peck, co-founder of NOLAxNOLA. “In that spirit we’re throwing a two night party of musical treats and storytelling. Our beloved venues and community can use the support now more than ever and some lucky donors will win some of the most unimaginable New Orleans experiences ever.”

This includes some truly wild prizes. Those who donate to the Trombone Shorty Foundation could find themselves on a Mardi Gras float alongside Big Freedia. Also on the table are Golden Tickets to Tipitina’s Jazz Fest ’22 and New Orleans Jazz and Heritage Festival ’22, and you can also bid on hangouts with artists, hotel stays, and more. Check out the full prize pool over at the Fandiem website. Performances begin November 19th and 20th at 9:00 p.m. ET, and are free to watch exclusively on nolaxnola.com.

More than two years after his death, Dr. John continues to be a beloved figure in New Orleans and beyond; Dan Auerbach of the Black Keys is currently working on a documentary film about his life and work. 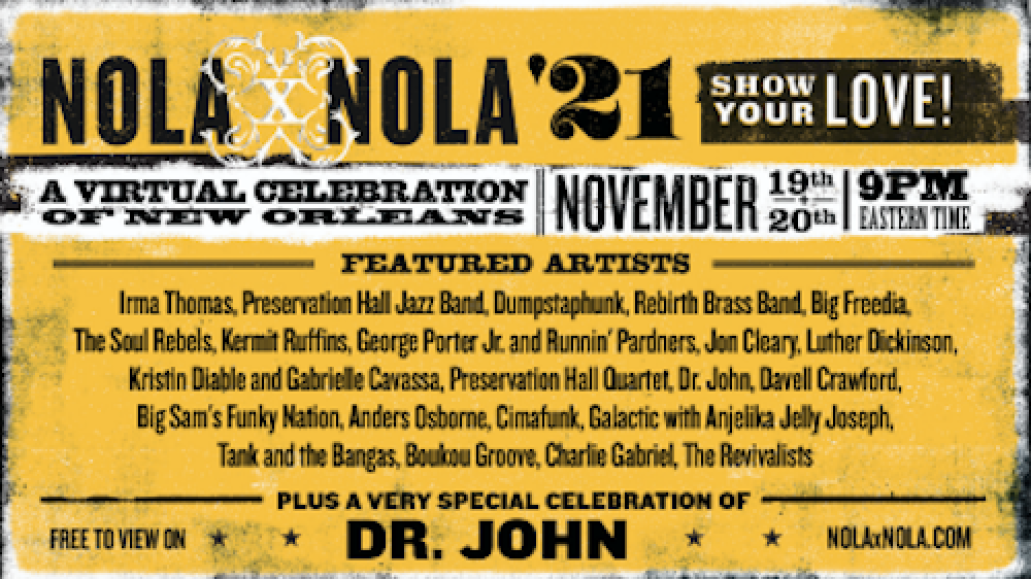