Think, for a moment, about the fall of 2012. Nearly a decade ago now, it feels remarkably far away — at least it does for this writer, who had just moved to Nashville and still sort of thought Taylor Swift would be super easy to bump into at Frothy Monkey or climbing the Percy Warner steps.

2012 probably feels like a different time for Taylor Swift, too. This was only her fourth studio album, arriving off the heels of Speak Now, an album Swift approached with the intention of proving herself as a solo songwriter.

Towards the beginning of Red’s assembly, Swift says that she was starting to feel too formulaic — her solution was found in surrounding herself with collaborators and musicians who could help her step outside of the box she was building. Now, it’s easy to look back and see where Red falls in Swift’s evolution. The country roots are there, but it’s a pop album at the end of the day.

Song of the Week: Taylor Swift’s 10-Minute Version of “All Too Well” Is Lush Heartbreak, Extended

There’s a special kind of joy that’s been surrounding the releases of Taylor’s Versions. It’s a mix of nostalgia and celebration, a reclamation of work and a reminder of how far Swift (and any of her listeners) have come. This release has felt like an event, one not felt too often in the music industry these days. There was no time other than late autumn that would’ve made sense for this drop — so grab your scarves, make some tea, and settle in for Red (Taylor’s Version).

It’s important to remember that the point of Taylor’s Versions is for them to sound almost identical to the originals, providing a listening alternative rather than a remix or reinterpretation of a track. Taylor wants people to listen to Taylor’s Versions, after all.

There’s a major exception here in the form of “Girl At Home,” which is reshaped and mixed in a completely new way. Not to read too much into things (it’s hard not to with Swift, though!), but perhaps it’s Taylor’s indication that she’s okay with letting the original go. This version is a step up for the b-side.

Red has aged fairly well overall, even some of the lighter fare. “22” will always be inescapable whenever certain birthday parties roll around, “We Are Never Ever Getting Back Together” is still catchy, and “I Knew You Were Trouble.” is explosive fun. “Begin Again,” a gentle standout then and now, suits Swift’s improved vocals best.

That’s really the most noticeable difference otherwise — present-day Taylor stayed in her lower range for the vast majority of folklore and evermore and truly never sounded better. While many tracks on Red are much more dynamic, like the anthemic “State of Grace,” it’s clear that Swift’s vocal ability has grown in this past decade as much as her songwriting skills or poetic persona. On that note, “State of Grace (Acoustic)” is wonderful, and, not to get greedy when this mammoth collection has only just dropped, but…imagine “Treacherous (Acoustic Version).”

Red (Taylor’s Version) is enormous, two hours and ten minutes long, an entire Marvel movie of an album. Even so, there are undoubtedly tracks that didn’t make it in — there always are, when it comes to songwriters of Swift’s caliber. The tracks from the vault here are stronger than those chosen for Fearless (Taylor’s Version).

“Nothing New,” in particular, is devastating, honest, and somehow comforting, making it the perfect track for a Phoebe Bridgers feature. “Lord, what will become of me, once I’ve lost my novelty?” they ask together, and there’s something powerful about Swift singing the words she wrote a decade ago when we all know the answer. Even though she is “nothing new” now, she’s arguably more beloved than ever, seemingly comfortable with who she is and what she believes. 22-year old Taylor would be encouraged to see who she becomes.

“Everybody loves an ingenue,” says Bridgers, just a bit younger than Swift and still in her tragic-comic-indie-darling-breakout era. Remarkably, this song marks the first time a woman has ever have featured on a Taylor Swift song. That’s right — across nine albums and hundreds of songs, it was Miss Bridgers who was able to make it happen, and it sounds amazing. In February, Bridgers fired off a seemingly innocuous, quippy tweet that reads, “Can’t believe I am the first woman ever.” Prophetic? Maybe so.

Other vault highlights include the tender “Ronan,” Swift’s version of “Better Man” (originally popularized by Little Big Town) and “Run” featuring Ed Sheeran. Is it the newness, or is “Run” perhaps the best Swift x Sheeran collab to date? Meanwhile, Chris Stapleton, soulful country king himself, makes a welcome appearance on “I Bet You Think About Me,” in which Country Taylor is alive and well.

We Remembered It All Too Well

At what point does a song, a piece of art within a fandom, cross over from beloved into almost mythic? It’s hard to pinpoint exactly when that happened to “All Too Well,” which is, to be fair, undeniably the emotional cornerstone of the original Red album. Somewhere in the past ten years, though, the song became something so much bigger — a piece of lore, almost.

Fans like to joke that she’s always lurking, but Swift is totally aware of these dynamics. She knows what’s going on in her fandom. The news that the long-requested 10 minute version of the track rightly sent Swifties into a spiral; the incoming short film featuring Dylan O’Brien and Sadie Sink will surely add a whole new layer to the story.

2012 Swift got something major right, though — the original version of the song is much, much stronger than this extended track. More doesn’t always mean better, and “All Too Well (10 Minute Version)” proves that.

More importantly, while some of these lines may have genuinely been written a decade ago and left on the cutting room floor, it’s incredibly difficult to believe that Swift could have done the kind of cultural 180 exhibited here. Are we really meant to believe she went from a line like, “She’s an actress/ But she’s better known for the things she does on the mattress” in Speak Now’s highly regretful “Better Than Revenge” to, “You were tossing me the car keys/ Fuck the patriarchy” in the span of a year?

“You said if we had been closer in age, maybe it would’ve been fine/ And that made me want to die,” she adds in one of the stronger additions to the song. “You kept me like a secret, but I kept you like an oath” could have easily fallen out of folklore.

Part of the magic of a great Taylor Swift song is the way she blends hyper-specific details (the infamous scarf) with broader, relatable premises. The best line to yell is still, “You call me up again just to break me like a promise/ So casually cruel in the name of being honest,” and that will just never change.

Strangely, “All Too Well (10 Minute Version)” feels more like a peek behind the creative curtain than a gratifying payoff, and it’s best enjoyed through that lens. Restraint is just as important of a skill in songwriting, and the lesson here is probably that Swift is able to exercise it all too well.

Never Be The Same

There are people who, incorrectly, hail Swift’s more recent work as “proof” of her artistic abilities. Taylor’s Versions have been a fascinating exercise from a marketing perspective, as well as from the viewpoint of cementing a legacy, and revisiting these albums is also a reminder that Swift has been great for years. There’s a reason this album is so beloved as a critical fall soundtrack.

Anyone in the creative field will also resonate with parts of this process. Swift handles her past work with a kind of tenderness — she knows that she’s had missteps, but she also knows that they were a part of her story. She doesn’t shy away from the things that formed her.

“Memorizing him was as easy as knowing all the words to your old favorite song,” she sings on the title track. For anyone whose favorite song falls here on Red, it might’ve just gotten a little better. 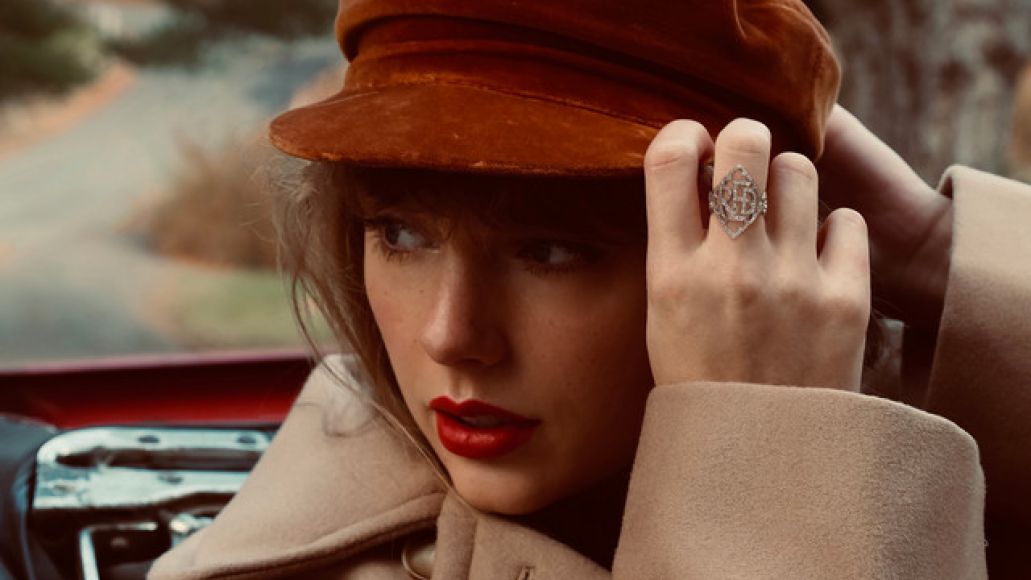