J Spaceman has announced a new Spiritualized album. Entitled Everything Was Beautiful, it will be released on February 25th, 2022 via Fat Possum Records. As a preview, he’s shared the lead single, “Always Together with You.”

As with most new releases these days, Spaceman wrote Everything Was Beautiful during the pandemic. In a statement, he said he thrived in the “beautiful solitude” and found inspiration in his walks through an empty “Roman London” [which were] “full of birdsong and strangeness and no contrails.”

Spaceman plays 16 different instruments in Everything Was Beautiful, but also employed a massive collective of guest contributors, including string and brass sections and choirs. The seven-track album was recorded in 11 different studios, as well as in his home.

As a preview, Spaceman has shared the fully formed version of “Always Together With You,” which itself is a “reworking / supercharging” of a track originally released in demo quality in 2012. Watch the song’s accompanying music video below.

Pre-orders for Everything Was Beautiful are now ongoing. The album’s artwork, stylized to look like a pill box, was designed by Mark Farrow. The vinyl version expands on the design as the pill box can be popped out of the sleeve and physically assembled.

To support the release, Spiritualized has mapped out a West Coast tour in Spring 2022. Based on the routing of the tour, it’s also safe to assume he’ll be playing Coachella next April. See the dates below and get tickets via Ticketmaster.

Everything Was Beautiful Artwork: 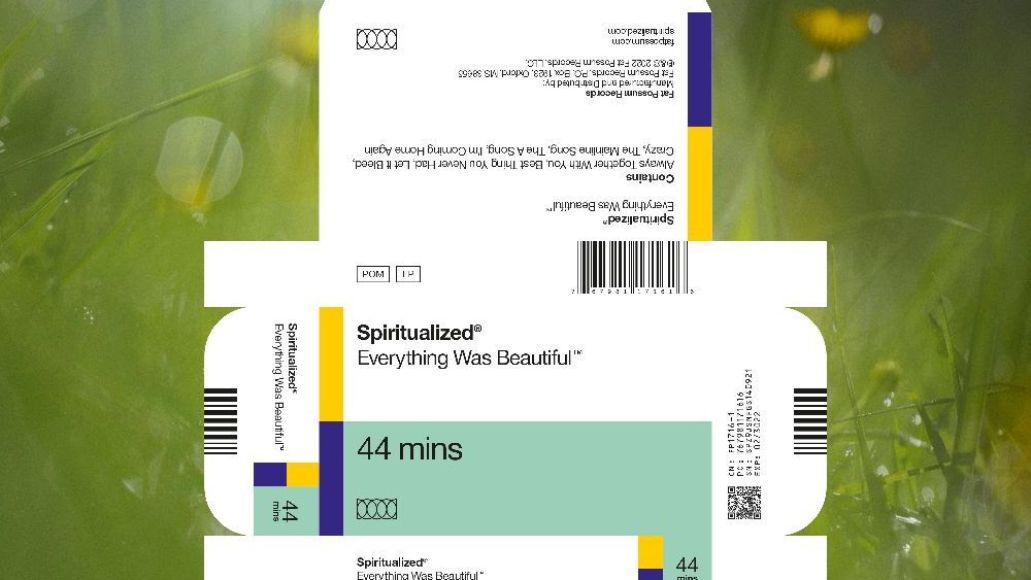 Spiritualized Announces New Album, Shares "Always Together With You": Stream