Dubbed the “Turnstile Love Connection Tour” after the band’s recent EP, the trek officially begins with two warm-up shows on February 23rd and 24th in San Francisco and Los Angeles, respectively (Ceremony, Ekulu, and Truth Cult will not play those dates).

The primary leg of the outing then kicks off on April 26th in Englewood, California, and runs through a May 26th gig at the iconic 9:30 Club in Washington, D.C. — a fitting conclusion for the high profile hardcore tour. Get tickets via Ticketmaster.

Mosher Poops in the Pit at Turnstile Concert

The band has had a busy 2021, releasing the aforementioned EP and the full-length album Glow On to widespread acclaim this past summer. 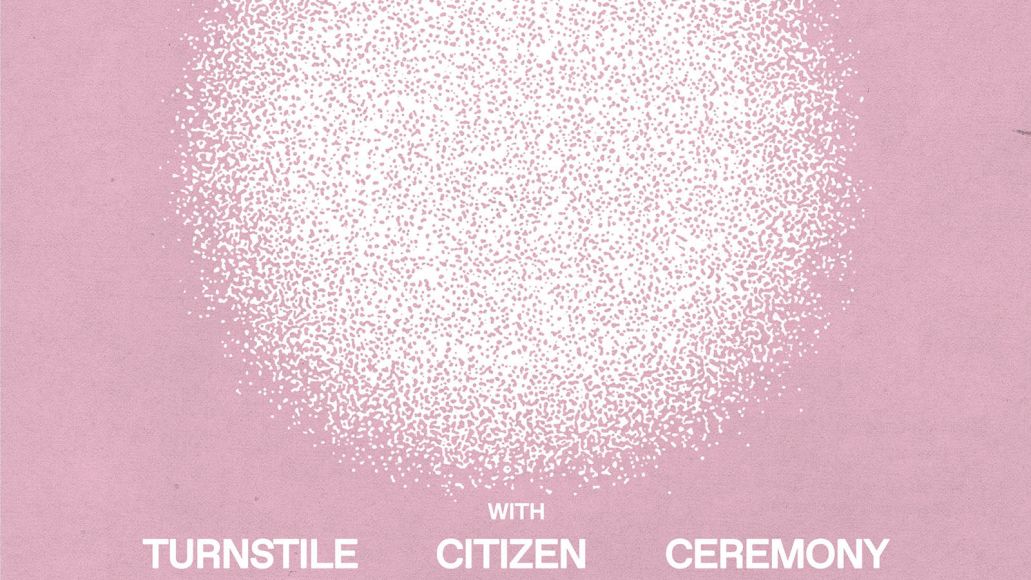