Wolfgang Van Halen’s solo band Mammoth WVH is teaming up with Dirty Honey for a co-headlining winter 2022 North American tour. The two rising rock acts will hit the road together for 29 shows beginning in late January. Tickets can be purchased via Ticketmaster.

With both Mammoth WVH and Dirty Honey scoring a number of chart-topping hits on Mainstream Rock radio over the past few years, the two bands are set to take the spotlight on the winter trek. The “Young Guns Tour,” as it’s been dubbed, kicks off January 21st in Chicago and wraps up March 5th in Indio, California.

Update, December 8th: The Philadelphia gig has been moved from January 30th to January 18th, effectively becoming the tour kickoff date. Plus, a January 20th show has been added in Ft. Wayne, Indiana. See the updated itinerary below.

“We played one co-headline show with Dirty Honey back in September,” remarked Wolfgang Van Halen. “As soon as the night was over, we knew this would be a great package to take across the US. We couldn’t be more excited to share the stage with them and give all of the fans an unforgettable night of rock music.”

Dirty Honey singer Marc LaBelle added, “People who come to our shows are going to see two bands who are looking to prove that rock ‘n’ roll is definitely very much alive and well. We both carry the weight of that on our shoulders, and there’s a lot to prove.”

The two bands will alternate the closing slots throughout the tour. Both acts will be out in support of their self-titled debut albums, each released in the first half of 2021.

Tickets for the tour go on sale this Friday, November 5th, at 10 a.m. local time via Ticketmaster, with a pre-sale beginning tomorrow (November 4th) with the password YOUNGGUNS.

See the full list of dates for the “Young Guns Tour” below, and our interview with Wolfgang Van Halen and Marc LaBelle above. 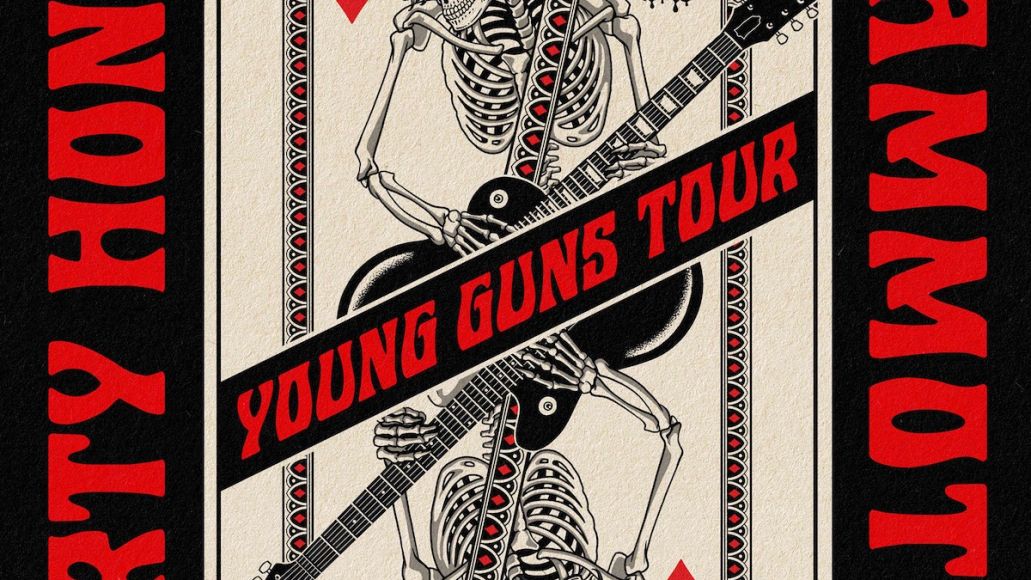