Alice Cooper has announced a Spring 2022 North American tour, with support from Buckcherry on most dates.

The shows continue Cooper’s campaign in support of 2021’s Detroit Stories, a tribute to the musical legacy of the Motor City, Cooper’s hometown.

The Spring 2022 leg with Buckcherry kicks off March 18th in Mashantucket, Connecticut, and runs through April 20th in Seattle. Cooper will then meet up with ex-KISS guitarist Ace Frehley for joint concerts on April 22nd and April 23rd in Reno, Nevada, and Paso Robles, California, respectively (sans Buckcherry). Get tickets via Ticketmaster.

The spring shows follow Cooper’s previously announced early 2022 US tour, which runs through January and February before concluding with an appearance on the Monsters of Rock Cruise.

In our recent interview with Cooper, the legendary shock rocker discussed his recent tours and being back on the road in 2021.

“There were times where bands said, ‘Well, maybe this is it. Maybe there is no more touring,’” Cooper told Heavy Consequence. “But now, everybody’s back out there. The audiences are amazing; they are so hungry for live music. That’s what we do. We were like little kids — we were giddy about even rehearsing.”

See a full list of Alice Cooper’s 2022 tour dates below. Get tickets via Ticketmaster. 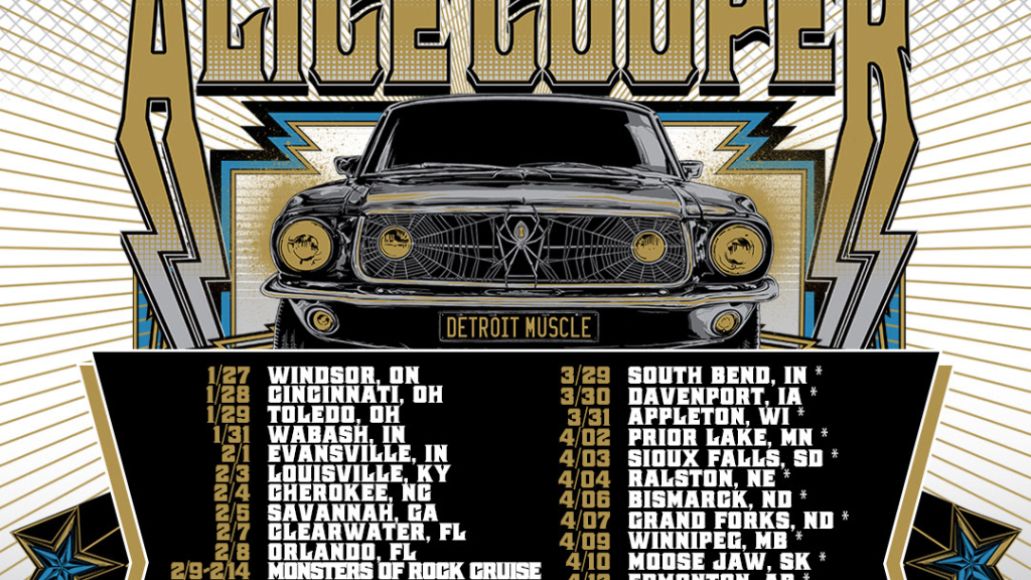