Baroness have added a new five-week leg to their intimate “Your Baroness” tour, with the new dates kicking off in January

The tour is unique in that Baroness are letting fans decide the setlist for each show. Any and all material from the band’s catalog is on the table, making the outing particularly enticing for the hardcore Baroness fan.

The new itinerary kicks off January 14th in Harrisonburg, Virginia, and runs through February 19th in Boston. Tickets are on-sale Friday (December 17th) at 10 a.m. local time and can be purchased via Ticketmaster, with pre-sales beginning as early as Wednesday (December 15th) in select cities.

Previously, the band was forced to postpone some dates on the initial fall 2021 leg of the trek: Salt Lake City, Denver, Lawrence and St. Louis. Those shows have been rescheduled and will use the fan-voted setlist from the postponed November dates for the first set of the night. New ticket purchasers will get to select the songs played during the second set of each evening.

According to the press release, COVID-19 protocols will vary by venue and municipality but all attendees will be required to show proof of vaccination or have the option to provide a negative PCR test within 24 hours of the event (where allowed). All concertgoers will be required to wear masks.

“There’s never been a better time to put the trust and control of our music in your capable hands,” the band remarked in the initial press announcement for the tour. “Electric or acoustic, sung or screamed, from the EPs to the LPs: we’re busy preparing for everything from those six or seven hours of recorded music.”

See the full list of Baroness’ 2022 tour dates below. You can get tickets here. 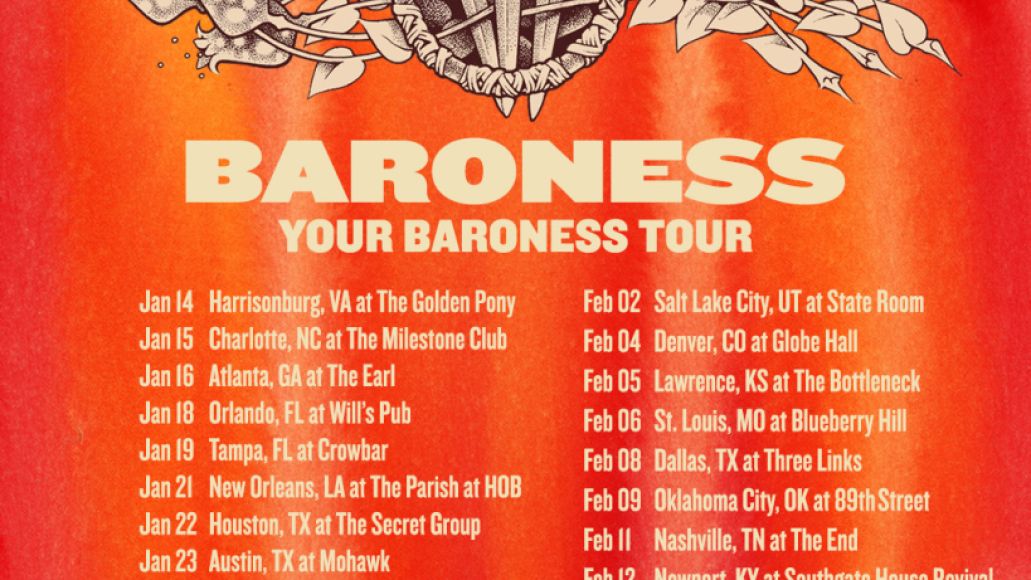