Our 2021 Annual Report continues with the announcement of CHVRCHES as our Band of the Year. As the year winds down, stay tuned for more awards, lists, and articles about the best music, film, and TV of 2021. You can find it all in one place here.

The last couple of years have undoubtedly been chaotic — and while many artists have used these uncertain times to provide a distraction, others, like CHVRCHES, our 2021 Band of the Year, have embraced that chaos to create profound and inspired works.

CHVRCHES’ fourth studio album, Screen Violence, features the band working at the highest level since their debut, and with a little bit of cinematic horror and drama added to the mix, they sound like a band renewed. Tracks like “How Not To Drown (featuring Robert Smith),” which landed at No. 8 on our Top Songs of 2021 list, and “Asking For A Friend,” which hearkens back to an older CHVRCHES formula but with even more tact and vibrance, epitomize this odd, ever-changing year. Through the unavoidable fear and anxiety, there’s a powerful sense of determination and focus that elevates these songs to a cathartic level.

Chatting with Lauren Mayberry, Iain Cook, and Martin Doherty, they appear always to be a close-knit, deeply united trio — though Cook joined the Zoom call separately from a hotel in Chicago, as he had to remain quarantined following a positive COVID test during their run of shows last month.

Fortunately, Cook recovered and rejoined the band in New York City for the last stretch of their North American tour. Their live show has taken on a Screen Violence-inspired makeover, complete with horror pre-show soundtracks, trippy visuals, and blood-drenched makeup and costume changes from Mayberry. All the while, the band is dedicated to COVID safety protocols, undoubtedly setting the example for what it looks like to responsibly tour amid a global pandemic.

Screen Violence features themes of isolation and anguish, perhaps best represented by the carnage of the pandemic and the separation forced on the three members of the band (Doherty and Mayberry were quarantined in California, whereas Cook was stuck in his native Scotland). Yet, whether it be virtually or in person, they came together as a band with hope, determination and vigor, and the resulting album is their most powerful and united statement.

Below, our Band of the Year discusses their triumphant 2021, getting back into touring, the reality of playing shows in the pandemic, and more.

It’s been a few months now since the release of Screen Violence. What has the reception from fans been like? Any nice comments or things that stuck out to you when people were responding to the album?

Martin Doherty: I think I never really noticed it until we took it onto the road, I think that’s where I really noticed it. From the first gig, the first song “He Said She Said,” how loud people were singing back the first line, because the song kind of drops in, and then you can hear the first line… when the crowd sang it back, I was like, “Oh fuck.”

That’s more than I was expecting, because you don’t usually hear them in the in-ear monitors. The kind of energy of every gig has been, to be honest, the most craziest gigs we’ve ever done. The response to the new music… I feel thankful and lucky for that because it hasn’t always worked out that way.

Do you think part of that energy comes from being back at a concert after all these months away? Or is it just the fact that these songs are connecting with people differently?

Lauren Mayberry: I like to believe that it’s a combination of both, and they intersected in a really particular way because even the shows that I’ve been to, it does feel a lot more emotional in general. But I think for better or worse, we made a pretty emotional record that people have been sitting with for the past few months, and I do think it reflected a lot of experiences and things that people have been thinking about during that time. So now that you’re able to go out and have that cathartic experience when you’re slightly further along the way… I think it can be quite an overwhelming thing.

There’s been a lot more weeping I think from me and from other people. I don’t like to see that much weeping at shows, and once I look at people weeping, I’ll weep, I can’t do it, so if I see one, I’ll be like, “Look away, look away!” But that’s like the nicest thing that you can ask for, not that I want people to be unhappy but, you know, any kind of catharsis, and if they can find that in something we’ve made, I think that’s a very special experience.

Doherty: If this was two weeks ago, I think I would say that this is the sense that we’re all coming out of the COVID tragedy together… and then Iain got COVID and I was like, “We’re definitely still in it.”

Thankfully Iain is okay! It probably would have been much more worrying or frustrating if he hadn’t been vaccinated.

Cook: There’s definitely a feeling of people taking the vaccines for granted, thinking that they were going to work miracles and prevent anybody from ever getting it, but honestly, do not take it from granted… I would be in a really bad place right now if it weren’t for them and I’m super grateful of that.

Mayberry: And the fact that nobody else in the band and crew has [COVID]. The fact that we were next to Iain, and we’ve been very careful in terms of where we’ve been going and what we’ve been doing, I mean we haven’t been doing anything social, but we were all in the bus unmasked, in the dressing room unmasked, we wear masks everywhere else but the fact that none of the rest of us have had it just shows that the vaccines do work, who knew?! 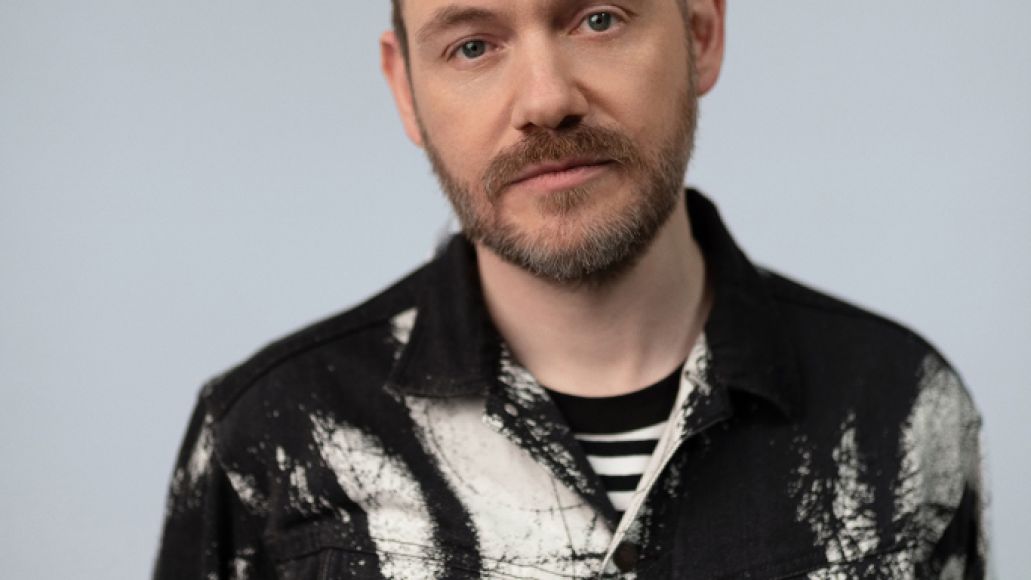 I am curious, for a band of your size and doing a tour that’s as involved and as extensive in America right now, what are some of the COVID protocols? How often are you getting tested?

Doherty: They’re hardcore, hardcore as fuck. There’re people who’s actual job it is to make sure that everyone is compliant with the rules, because there’s too much at stake — you can’t get COVID insurance, you can only get regular insurance. There are two approaches to it — either “I don’t give a fuck” and we don’t tell anyone, we’ll hide people as they get it and keep the show going…

Doherty: Or, you spend the extra money on making sure everyone is protected, which is what we decided to do, and you know what, time will tell if it actually works and if it is at all possible, because we’re only about halfway through and we already have someone who got COVID. As a band doing a seven-week tour in America, is that realistic? Ask me in eight and a half weeks.

Mayberry: We’ve been doing an antigen test every day, and once a week we do a PCR, but without the antigen test we wouldn’t have known Iain had it. It could’ve been allergies, it could’ve been anything, it wasn’t so pronounced at that point as a weird flag or anything, and then when you were locked up after that, you were like, “It’s over for me, go on without me!”

Cook: I am really glad that it happened in Chicago, as opposed to somewhere else.

Mayberry: I remember being on the bus driving in and you being like, “I love Chicago!”

Cook: Yeah, like, “Here’s your new home!” [Laughs] I’ve had some nice days off in a hotel room, with mostly TV and some video games. 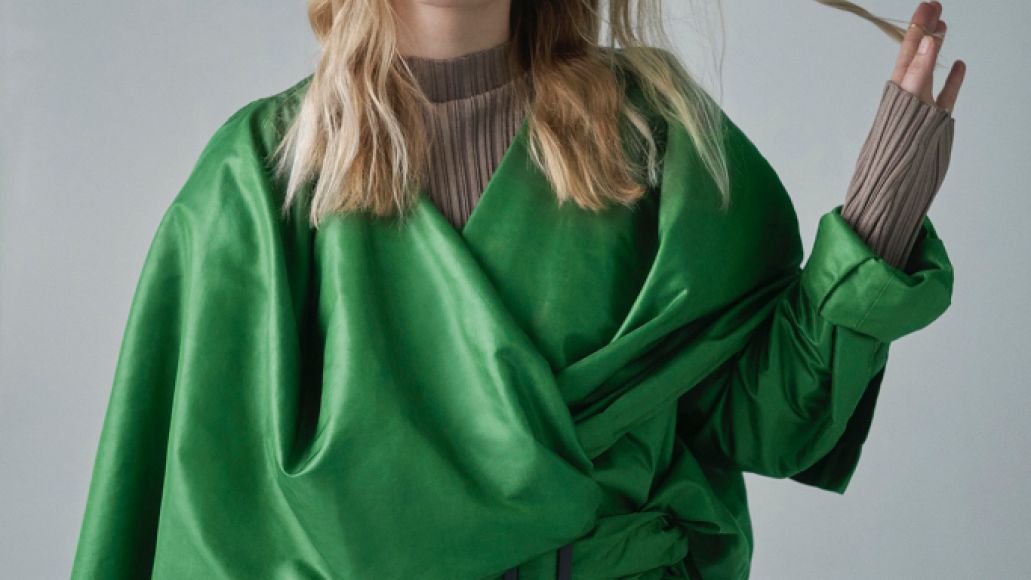 It is really nice to see you guys back playing shows in support of the album. Can you elaborate on the horror makeup and costume changes you do throughout the show?

Mayberry: I’ve got it down to a relatively fine art at this point, but yeah, when we talked about putting the show together, we liked the idea of there being costume changes, just something to add to the cinematic feel of the live show. We were very conscious of that and the visuals that are being projected and all of those things, so we always knew we wanted to do quick changes, and then there’s a shirt we wear each night that says “Final Girl” on it and I put that on each night for the song “Final Girl.”

For the encore, we’ll go off and apply this water-based FX makeup look, and it was one of the things that I was worried about because we didn’t really get a lot of time to practice it in rehearsals (we only had a couple of days for rehearsal). We were practicing it on the afternoon of the first show, so it was like “where do I put it? Does it look weird?”