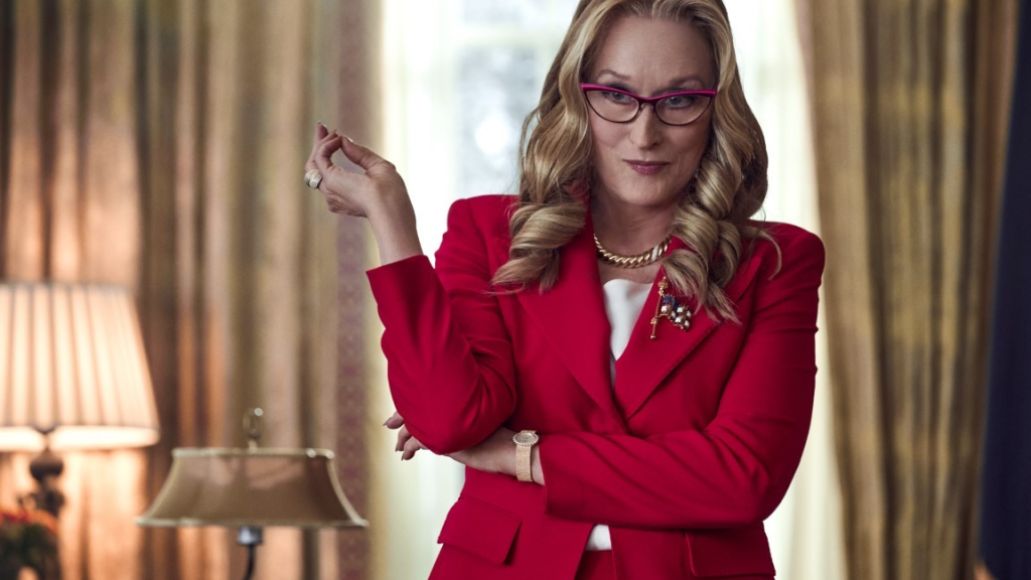 You’re Telling a Story: Granted, McKay’s presentation remains top-notch: No matter how obvious the metaphors or over-the-top the characters, it’s couched in the crisp prestige trappings of an awards-caliber film. Linus Sandgren’s cinematography shifts effortlessly between the handheld immediacy of our character’s entreaties and the polished Steadicam of the bread-and-circuses world they have to battle. Nicholas Britell’s score pulls a similar tightrope act, flitting from baroque seriousness to cacophonous freestyle jazz that embodies a world tragically lost in distraction.

The cast is naturally a who’s-who of big stars, putting in yeoman’s work amid the broader archetypes they’re asked to play. DiCaprio and Lawrence do their best to ground the proceedings in a suitable level of outrage, even as the high-profile world of the media starts to change (or crush) them in unexpected ways. (DiCaprio gets another long-take panic attack scene for his reel.) 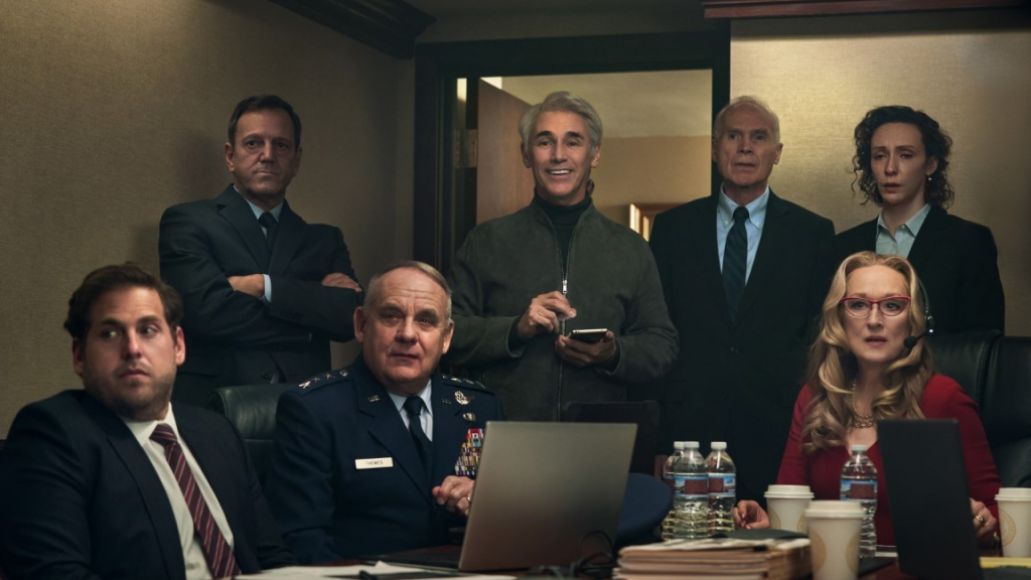 The rest of the ensemble gets a few moments in the sun, Mad Mad Mad Mad World-style. Streep’s transparently corrupt, aloof President Orlean is a perverse mixture of Hillary and Trump, a #girlboss president who nonetheless has a framed picture of her with Steven Seagal in the Oval Office. Hill’s basically just there to throw in some signature Frat Pack ad-libs, a bit of narrative chaos which admittedly works more often than it doesn’t. And Ariana Grande and Kid Cudi’s benefit-concert track “Just Look Up” is a refreshing bit of cotton candy.

They don’t all land, though; Mark Rylance’s tech-genius billionaire basically feels like his all-powerful character from Ready Player One, childlike falsetto and all. Plus, poor Rob Morgan, an incredible actor, is ostensibly the third lead as a NASA astronomer who supports Mindy and Dibiasky’s findings, but gets little to do but play straight man to the broader personalities around him.

The Verdict: The biggest problem with McKay’s stuff is that he thinks he’s the next Paddy Chayefsky, bringing down untold wisdom from on high and proclaiming disdain at the blinkered, media-soaked vagaries of our world. Unfortunately, he’s bought too deeply into his hype as a vivid truth-teller of society’s ills, and that smugness has infected too much of his films’ fabric.

As showy and facile as The Big Short was, it at least seemed to be angry for us at being screwed out of our futures by the super-rich. With Vice, and now this? McKay is angry at us for not paying enough attention, which makes for frustrating viewing. (News flash, Adam: The only people who are going to be watching your film are the folks who already agree with you anyways, and anyone who doesn’t won’t be convinced by smarmy browbeating.) Don’t Look Up doesn’t pull any punches, especially in its final scenes, but the longer it sits with you it feels like those punches are being thrown at a strawman.

Where’s It Playing? Don’t Look Up sketches out the end of the world, then looks down on you with a smug “I told ya so” in theaters on December 10th before moving to Netflix to depress your family on Christmas Eve.