Sometimes when you’re as famous as Drake, it’s nice not to be recognized. Last night, Drake sat courtside at an Oklahoma City Thunder vs. Houston Rockets game, and the older couple next to him appeared not to know they were in the presence of a rap star. Watch the charming interaction below.

The people behind the cameras at the arena were well-aware of Drake’s attendance at the NBA game, putting up the Toronto native’s face on the big screen at Paycom Center in Oklahoma City as his hit “Way 2 Sexy” blared in the background. The rapper seemed unamused with the attention until the man next to him appeared to ask if he was famous.

Delighted, Drake immediately burst into laughter and asked the videographer to come in closer on his new friend. Thunder mascot Rumble even joined in on the fun. Later, Drake posted a selfie with the couple on Instagram, calling them “my new parents.”

Drake attended the game to catch up with his pal Shai Gilgeous-Alexander, another Toronto native. The Thunder ended up losing to the Rockets, but Gilgeous-Alexander racked up a not too shabby 39 points in the showdown.

The hip-hop world recently achieved peace as Drake ended his long-running feud with Kanye West. Next week, the pair will come together publicly for the Free Larry Hoover Concert, which advocates for the clemency of Gangster Disciples co-founder Larry Hoover. You can find tickets to that here. 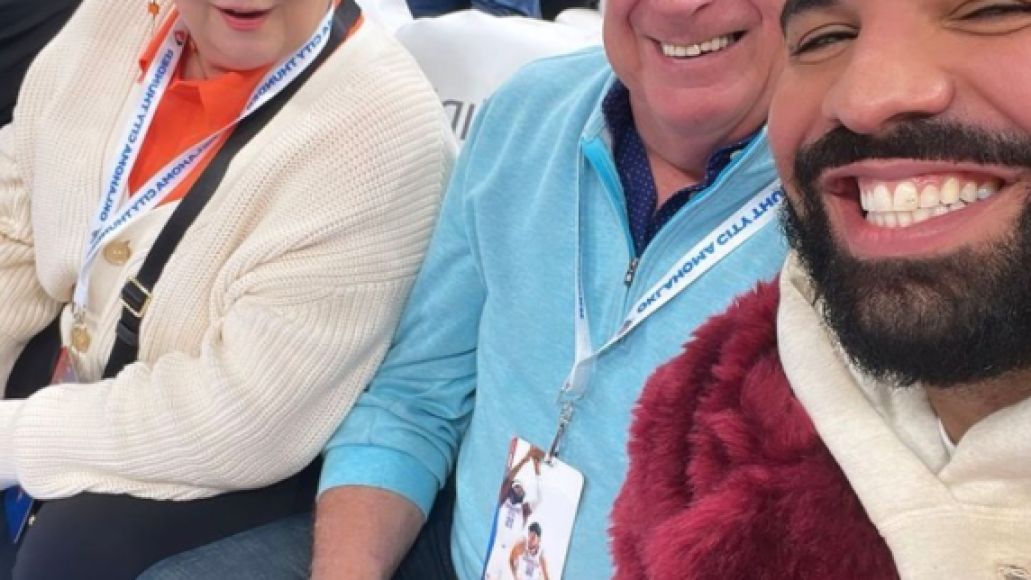 friends in the industry pic.twitter.com/IW6fvAJGbe