The two are pushing for a human rights summit in Taiwan, the basis for the online meeting. Freedom recently made headlines for making a Twitter post defending Taiwan’s democratic freedom: “Taiwan is a DEMOCRATIC and FREE country,” he wrote, adding that “Taiwan is NOT part of China, and NEVER will be.”

The Boston Celtics center, who recently legally changed his last named to Freedom, has been very outspoken politically. He has railed against the government of his native Turkey in the past, and this year he has turned his focus to China. He even called out NBA star LeBron James for continuing to sell sneakers in China and not speaking out against human rights abuses in the country.

After the statements on Taiwan, friends of Freedom suggested he get in touch with Lim, frontman of Taiwanese extreme metal band Chthonic and a member of the Taiwanese parliament.

According to a press release summarizing the exchange, Lim expressed his gratitude toward Freedom in the meeting, and “the two also had in-depth exchanges on human rights.” Both agreed to push for a summit on human rights in Taiwan in the future, “inviting people in entertainment and sports worldwide to participate.”

Lim, who has fronted the metal band Chthonic for more than 25 years, was also curious whether Freedom had faced pressure from pundits and colleagues, citing a reluctance for the sports world to address political topics. Freedom said that “there are indeed people who gave [him] some pressure to please China, but the US is a free country” and he would not be quiet. Freedom added that while some of his fellow NBA players “would not speak out as loudly” on such topics, he said they still encourage and support his actions.

Lim was particularly thankful for Freedom raising awareness, stating that “the voices of support have declined globally for a period of time, until recently when a new generation of leaders with opinions,” like Freedom, “began to speak for the repressed again.” Lim called it an exciting trend of development.

Lim suggested that the Taiwanese human rights summit could happen once the pandemic becomes less intense and border restrictions are eased. Lim and Freedom would then work together to gather people from the sports, entertainment, arts, and human rights communities in Taiwan for the summit — “to take action for people under repressions worldwide.”

See a pic of Enes Kanter Freedom and Freddy Lim, as well as Freedom’s initial tweet, below. 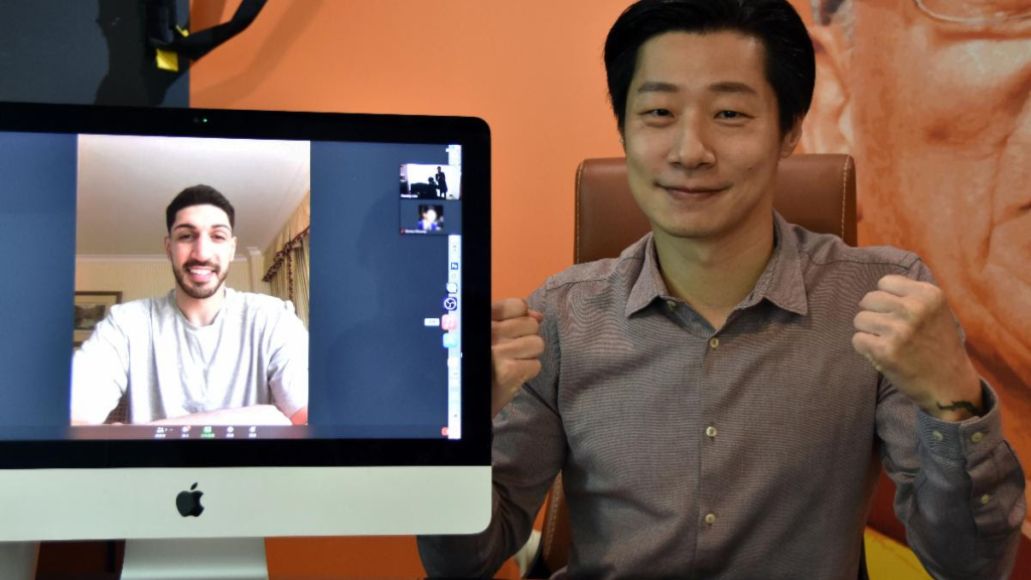 Taiwan will never surrender to the EVIL Chinese Communist Party.

Taiwan is a DEMOCRATIC and FREE country.

The future of Taiwan must be determined by the Taiwanese people.

Taiwan is NOT a part of China
and NEVER will be! #IslandOfResilience#FreedomShoes pic.twitter.com/3yxWnfbWLK