This feature originally ran in November 2018.

Welcome to Dissected, where we disassemble a band’s catalog, a director’s filmography, or some other critical pop-culture collection in the abstract. It’s exact science by way of a few beers. This time, we sort through the best and worst of the still-expanding Wizarding World cinematic universe.

A viewer of a certain age will remember what the run-up to the release of 2000’s Harry Potter and the Sorcerer’s Stone felt like. Just a couple of years earlier, the Boy Who Lived arrived on American shores with a slightly altered first installment title and the many wonders of J.K. Rowling’s wizarding world in tow. Potter phenomenon was already well underway, but the idea of being able to bring Hogwarts and its inhabitants to life set the excitement at a fever pitch. Everything from the gentle John Williams score to the first images of Daniel Radcliffe as the onscreen Harry suggested that fan expectations were about to be delivered upon. 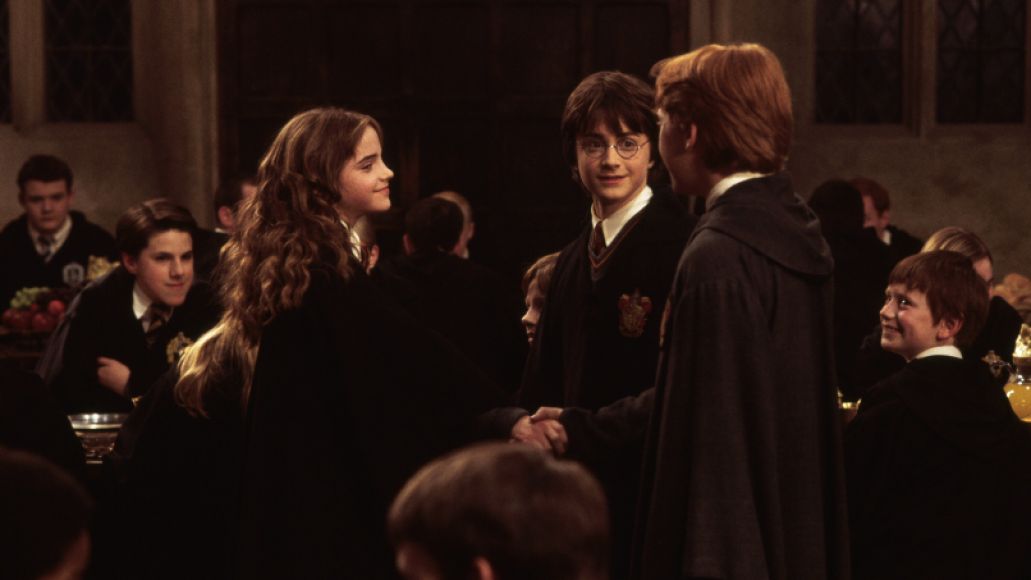 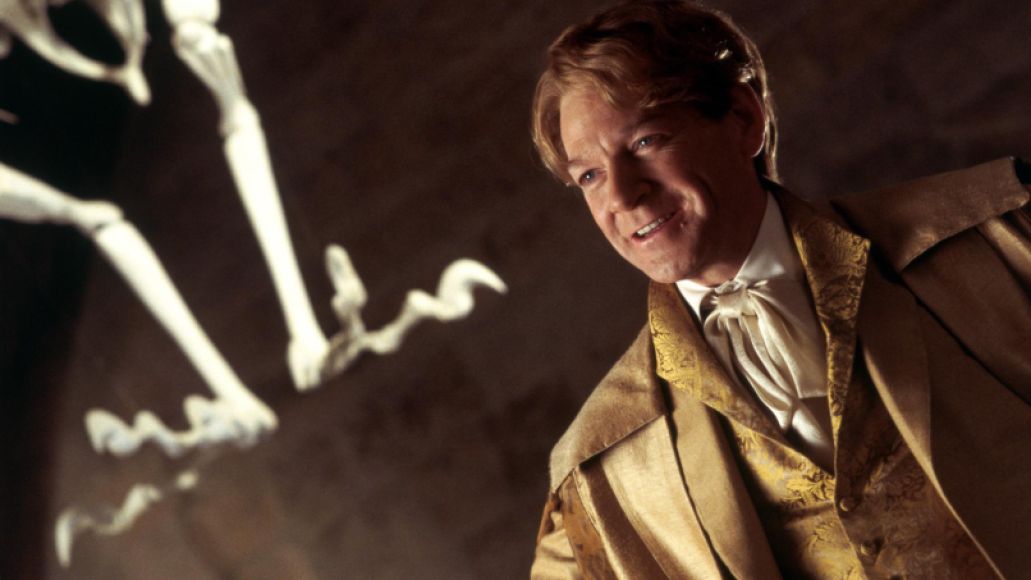 That’s the Chris Columbus take on the Potter world in microcosm. The most faithful adaptation by far is also, in turn, the least magical. That precedent would be broken with the very next film in the series, but we’ll always wonder what a director with more imagination — more magic — might have done with Harry’s first two years at Hogwarts. — Allison Shoemaker

Revelio Premise: In the closing moments of Fantastic Beasts and Where to Find Them, Gellert Grindelwald (less Colin Farrell’s face and plus Johnny Depp’s bleached eyebrows) was imprisoned following the apparent death of Credence Barebone (Ezra Miller), a wizard whose repressed magical abilities transformed into a dark force called an Obscurus (one of the most tragic and timely of J.K. Rowling’s inventions). Naturally, the sequel hinges on both those things being undone in the film’s earliest moments. With Grindelwald free and pursuing the troubled young man, Albus Dumbledore enlists the help of Newt Scamander (Eddie Redmayne), whose gentleness and disinterest in power makes him one of the only people suited to seeking Credence. Not an easy task in any circumstance, but his personal life, not to mention the chaos Grindelwald creates, seems unlikely to make things any simpler.

Artistic Pedigree: Jude Law’s no joke. Neither is Zoë Kravitz. The Potter films have never had trouble attracting top-notch actors (presumably gobs of Galleons are involved), and that trend continues here. Other than that, not much to report. 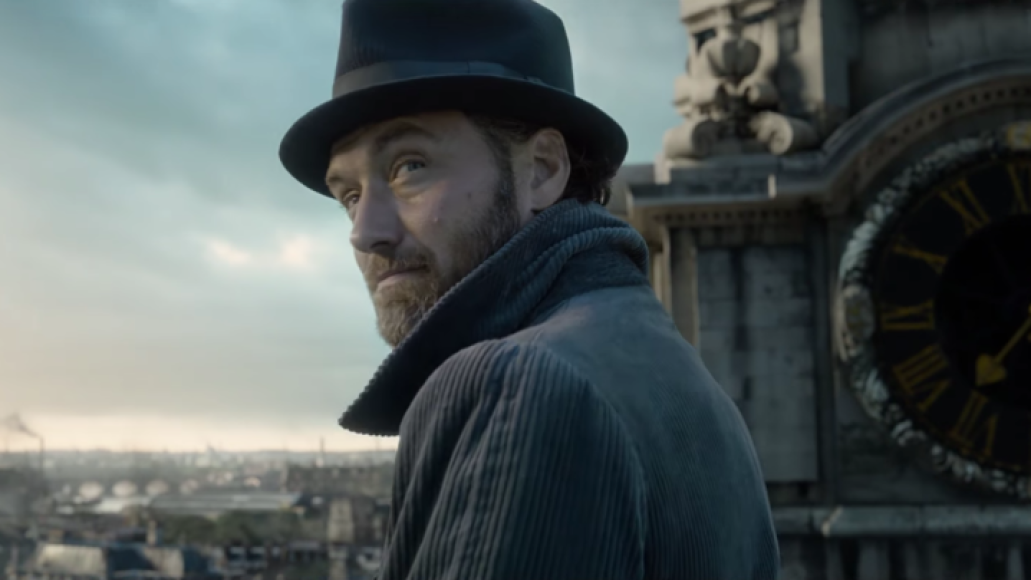 Jude Law as Dumbledore in Fantastic Beasts: The Crimes of Grindelwald

Put a Spell on You: We get our first glimpse of Newt’s home, and as you’d guess, it’s got as much space for his titular fantastic beasts as his handy-dandy suitcase. There are more spectacular effects and a few solid set-piece battles, but the most magical-feeling moment in this too-long film is just Newt tending to a kelpie in his, ah, water-basement.

The Life and Lies of Jude Law playing Albus Dumbledore: For all the talk about Jude Law joining the Wizarding World by playing the younger version of one of its most important figures — including quite a lot of discussion of Dumbledore’s butt — he’s just not in this movie very much. It’s not a Jessica Williams-level offense, and he certainly looms large over the plot, but most of his scenes are brief, and the best is undeniably the first (which is playful and engaging in a way the film rarely achieves otherwise).

No, for all Law’s talents and the obvious skill on display here, Dumbledore is mostly here to be Important, and so that he’ll be in the forefront of one’s mind when Rowling goes on a retconning extravaganza. There’s not much else we can say about that until more people have seen the film, but this Dumbledore isn’t a character. He’s an event, and a plot point, and a signpost, and a butt. There’s not much else.

Confundo Politica: The first Fantastic Beasts can be understood on two levels. In one sense, it’s a prequel-spinoff of sorts, an excuse to explore unknown corners and characters of Rowling’s world (and to make gads of Galleons for all involved). In another sense, it’s a fierce argument for protecting the creatures of the world, for beholding a snarling animal and seeing not its danger, but its fear.

Even more potently, it’s a look at the damage that can be done to a person taught to hate what they are by those charged with their care, and the violence that can occur when a person is told, over and over again, that they’re dirty, or despised, or worthless. It’s thoughtful and effective.

Those were the days. Again, there’s not much that can be said without spoiling the plot, but Rowling’s desire to see things from all sides means that the white-blond dark wizard who desires purity and power for the wizarding race and comes to prominence in the age of Adolf Hitler — never one of Rowling’s more subtle parallels — is suddenly making arguments and attracting people in a way that simply doesn’t make sense within Rowling’s earlier stories.

Add in some waffling about whether or not Dumbledore’s sexual orientation (revealed by the author after the Harry Potter series ended) would matter to the series and you’ve got… not a film that can be seen as both a pure yarn and a potent allegory, but a mess that has no idea what it’s saying.

Also, Johnny Depp is in it. 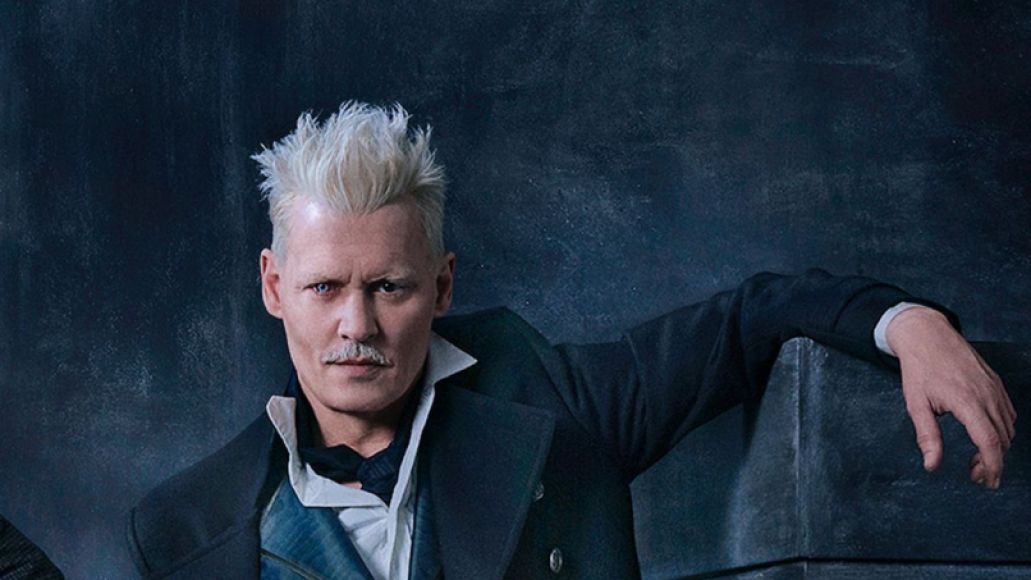 Johnny Depp in Fantastic Beasts: The Crimes of Grindelwald

Expecto Verdict: In the Potter books, the people were complicated, and so the story was, too, but many of the themes and ideas — ”what is right, and what is easy;” the importance of standing up to oppose a wrong; the fact that people on the “right” side can be cruel and violent, too; the notion that even heroes are fallible, and that power corrupts — were crystal clear. In Grindelwald, the ideas are murky and the characters don’t act like people. The point was never the magic. The point was the people. What a disappointment — a crime, if you will — Grindelwald is. — A.S.

Every Harry Potter Movie Ranked From Worst to Best