Thanksgiving Day weekend in New York City means the joyful return of Santa Claus to officially kick off the holiday season. However, this year Santa may have been upstaged — at least for those who prefer to be on the naughty list. Lunachicks, NYC’s loudest native daughters triumphantly returned after a 17-year hiatus, to the delight of a pair of jam-packed crowds during a two-night stand at Webster Hall.

Originally planned for April 2020, things got in the way of that. As Lunachicks’ guitarist Gina Volpe joked, “Leave it to us to plan a reunion right before a pandemic.” Rescheduled due to COVID, the band thanked the sold-out crowd for being patient — and their patience paid off. The NYC shows marked the band’s first headlining gigs since 2004, and followed a pair of performances at the Punk Rock Bowling festival in Las Vegas in September.

Kicking the night off was the Toilet Boys. Cohorts in the mid-90’s NYC scene that the Lunachicks helped create, the Toilet Boys took everything that was raw and exciting about early KISS and drenched it with the chanting party vibe of the Ramones — all delivered by charismatic singer Miss Guy.

Charging through an 11-song set, it was clear that the Toilet Boys didn’t need to introduce themselves. Underground classics like “Ride,” “Saturday Nite,” and “Another Day in the Life” were met with loud approval. The cherry on top being a cover of KISS’ “Deuce.” For a band that has been dormant for almost as long as the Lunachicks — only to reemerge for surprise gigs from time to time — the sold-out crowd let the Toilet Boys know their return was also very welcome.

With Survivor’s “Eye of the Tiger” blaring through the speakers, drummer Chip English, bassist Squid, and guitarist Gina Volpe took their spots onstage. The crowd, some of whom were in their teens when they last saw the Lunachicks, were screaming as if high school graduation hadn’t happen yet. Their excitement reaching its peek as vocalist Theo joined her bandmates and with the howling poetry of “You’re aaaaaaaaa … mental case, ’bout time I smash your face” — it was on!

Looking as if they had been hermetically sealed for the last decade and a half, each member seemingly hasn’t aged. Equally impressive is that they may never have sounded tighter. With machine-gun precision, Squid and Chip were locked in from the first note as Volpe’s memorable riffs danced on top of the rhythm. Add to the mix Theo with her mischievous grin and quick wise-ass whit and the band looked and sounded as if 2004 was yesterday.

It’s not surprising that of the 21 songs that were performed, 19 were from their last three albums, considering that Lunachicks really hit their stride on their third effort, Jerk of All Trades. To say the reunion was a success would be to undersell the the smiles on everyones face. This night felt special but the reunion wasn’t quite complete. Joining the band for “Jan Brady” and “Drop Dead,” former guitarist Sindi Benezra took her spot next to Squid — this celebration with family and friends was going to be one to remember.

For fans, reunions are a chance to recapture a piece of their youth, even if it’s just for a few hours. Sadly, for many bands, reunions are just a money grab — a last chance to cash in. But this felt real, like a band having as much fun as their fans.

As cred in the underground music scene goes, time has secured the Toilet Boys and Lunachicks a solid legacy that they can still back up — a legacy built before the days of social media told you what’s cool. They established cult followings by putting on shows that glorified self-expression. They were loud, proud and unapologetic. This night was proof that great things last the test of time.

See our photos, as well as fan-filmed footage of the Lunachicks and Toilet Boys in New York City below.

Photo Gallery – Lunachicks and Toilet Boys at Webster Hall (click to enlarge and scroll through): 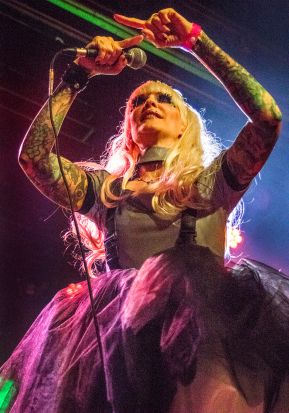 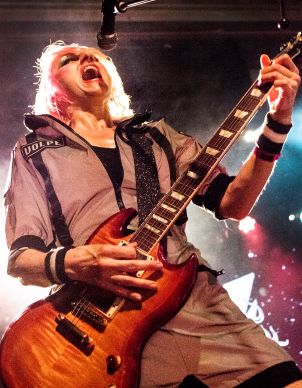 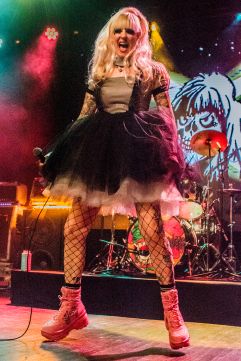 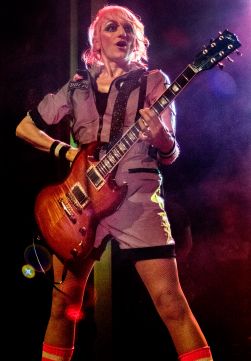 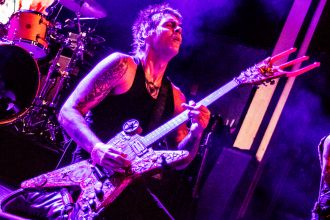 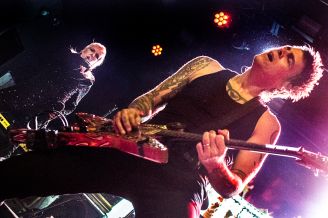 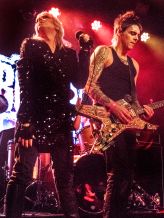 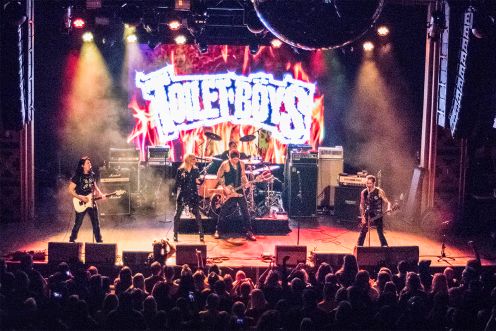 All photos by Antonio Marino Jr.