Our new music feature Origins sheds light on the latest tracks by providing insider information into their influences. Today, Tom Hokenborg of Junkie XL dissects the inspirations behind his new EP, A Fluff Scam.

Tom Holkenborg has dusted off his Junkie XL persona for a brand new EP, A Fluff Scam, which is out today. Stream it below via Apple Music or Spotify.

The four-track techno project arrives via Sasha’s Last Night on Earth imprint, and the idea came to fruition as the film composer was working on the score for the Iziba-set Netflix series White Lines.

“These tracks were something fun and personal for me, a chance to stretch my dancefloor muscles again, after recalling so many of my Ibiza memories during White Lines,” Holkenborg said in a statement. “They are quite different from the classic Junkie XL sound, and I never had any intention of releasing them, but when Sasha asked me to, I couldn’t say no.”

A Fluff Scam marks the first Junkie XL release in more than nine years. The producer last released 2012’s Synthesized. In the interim, Holkenborg has largely focused on his career as an in-demand film composer.

In the last year alone, he’s scored everything from the long-awaited Zack Snyder’s Justice League to Godzilla vs. Kong and Snyder’s Army of the Dead. Back in March, the composer sat down for an interview with Kyle Meredith with…, in which he called the four-hour Justice League director’s cut the “Mount Everest” of his career after being replaced by Danny Elfman for the 2017 theatrical release of the DC superhero mash-up.

Meanwhile, the trailer for his latest project, Sonic the Hedgehog 2, just dropped yesterday, and he’s already slated to score the upcoming Mad Max prequel Furiosa following his work on 2015’s Mad Max: Fury Road. In fact, as Holkenborg explains in his Origins, his affinity for film music was a major driving force behind A Fluff Scam.

I made these tracks just prior to the pandemic when I was working on White Lines. Obviously dance tracks were needed for the score. So I started to put my old Junkie XL jacket on, if you will, making a lot of electronic tracks for White Lines. Even though the tracks for White Lines were really in the time period of 1998/1999 — progressive house and tech-house and techno — just for fun I started making my own tracks, all on my laptop at the kitchen table. I remember making tracks that were a little bit on the darker side and very techno-oriented. And I had so much fun doing it, so I made a bunch of these tracks. Then at a certain point, I was scratching my head, thinking: I don’t know where I am in the electronic music landscape.

I shared the tracks with my old friend Sasha, who I’ve worked with since 2000 (I produced his 2002 album Airdrawndagger). I sent these tracks to him saying: “Hey Sasha, would you mind having a listen, because I have no idea where I stand in the electronic music landscape”. And you know, I didn’t get any response for two weeks or so. And then I texted him, and I said “How bad is it?. And then he said, “It’s great. I played them all over the last few weekends!” So that was extremely exciting for me. And eventually, it led to this release that I’m very proud of on his label, Last Night On Earth.

Richie is such an iconic DJ; the tracks that he picks, the way he mixes, is all so incredible to me. Before I started making these tracks I was listening to a lot of DJ sets by Richie, to get into the groove of making tracks for White Lines. So listening to him so much inspired me to make these techno-oriented tracks.

Another inspiration was a playlist that was selected by the music supervisors on White Lines: Simon Astall and Ben Turner. We made an ideal tracklist to have in the series, and all the classics were in there. So listening to that playlist for hours and hours also gave me a lot of inspiration.

And of course, film music in general gives me a lot of inspiration, especially when I can step away from it and do something so completely different. In one way it’s very much the same, because in my film scores, rhythm is always very important, groovy baselines, dark sound design. So it’s not all that different yet at the same time it is very different because a four-on-the-floor techno track is hardly ever used in film scores today, unless there’s a specific scene where it’s warranted to do that type of music style. 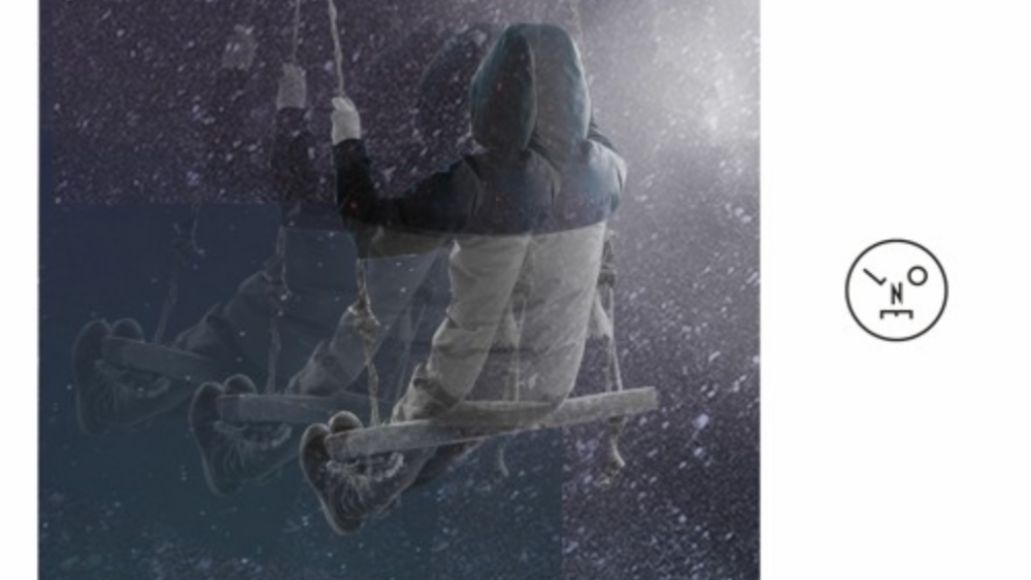