Our 2021 Annual Report continues with the announcement of Kathryn Hahn in WandaVision as our TV Performance of the Year. As the year winds down, stay tuned for more awards, lists, and articles about the best music, film, and TV of 2021. You can find it all in one place here.

A lot of the power of WandaVision came as a result of how unexpected it was. With its fearless genre-bending in the earlier episodes, not to mention the whole meta motif of a show within a show, head writer Jac Schaeffer and director Matt Shakman were coloring way outside the lines of the MCU as we’d previously known it. That ingenuity — along with Kathryn Hahn’s essential and iconic performance as Agatha Harkness — led us to select the series as our number one show of the year.

For so much of her career (too much of her career, it could be argued), Kathryn Hahn has been stuck as the sidekick. Her earliest steady gig was the NBC crime procedural Crossing Jordan (she played a pleasant and perky grief counselor for 115 episodes, starting in 2001). Thanks to supporting roles in Will Ferrell movies and assorted TV series, she began to attract attention for her comedic chops — mostly for her ability to kill a single line delivery.

There are countless moments from her comedy work to appreciate: “DALE, I HATE MY LIFE!”, “Poncho!” But when she started getting attention for her dramatic abilities in the 2010s, including a starring role in the critically acclaimed indie film Afternoon Delight and TV series like I Love Dick and Mrs. Fletcher, it felt clear that more and more people were coming to understand the deep well of talent within her. 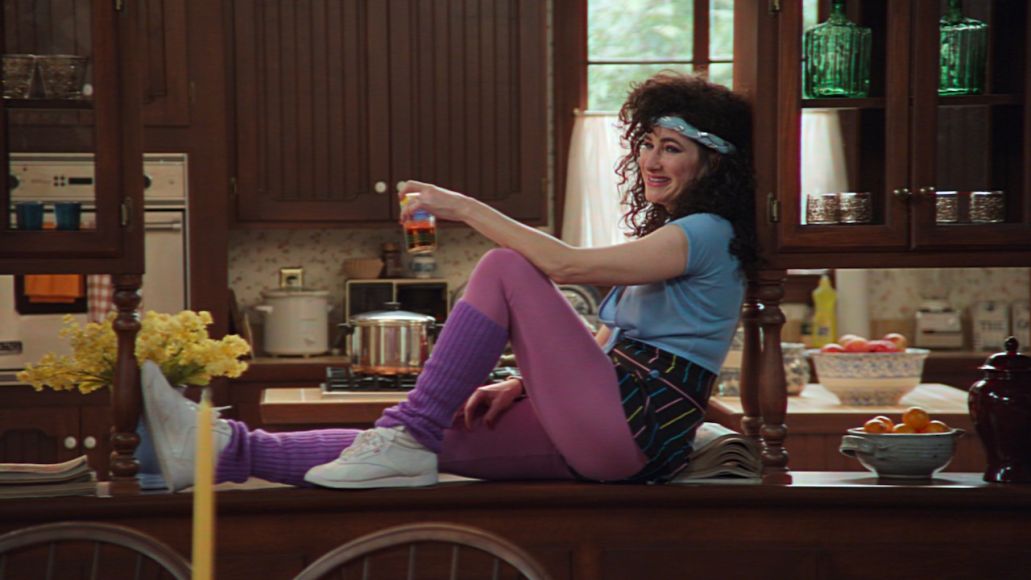 Even with that knowledge available to us all, though, the full range of what Hahn achieved with WandaVision remains staggering. That’s in part because of how it plays with our understanding of her persona up until this point, only to be radically upended. After 20 years, if some of your most memorable roles remain supporting appearances in other people’s comedies, doing a prestige HBO or Amazon series just isn’t enough to change the paradigm. You gotta go full supervillain.

When we first meet Agatha Harkness in WandaVision, it’s “in character” as sprightly next-door neighbor Agnes, quick to offer advice to floundering pseudo-housewife Wanda (Elizabeth Olsen) and make jokes about her dummy husband Ralph Boehner. Wanda has ensnared the entire town of Westview into her grief-and-TV-fueled fugue state, but Agatha’s the only one who’s chosen to be there, attracted by the pull of power she sensed from Wanda.