Is a stack of toilet paper the new Left Shark? On Wednesday night (December 29th), Katy Perry debuted her new Las Vegas residency, PLAY, with some help from some over-the-top set pieces.

Among the props for the show, the pop star performed alongside a massive mask, a giant toilet and a mountain of toilet paper, in apparent nods to the ongoing coronavirus pandemic.

“As with everything I do, PLAY is massively colorful for the kids, with a deep wink for the adults,” Perry said in a statement ahead of opening night. “The show is a funny, playful trip, and was designed specifically for this theatre in Vegas. Honestly, I couldn’t ever travel this show from arena to arena. These sets are larger than life – literally – and the perfect excuse to wake up in Vegas.” 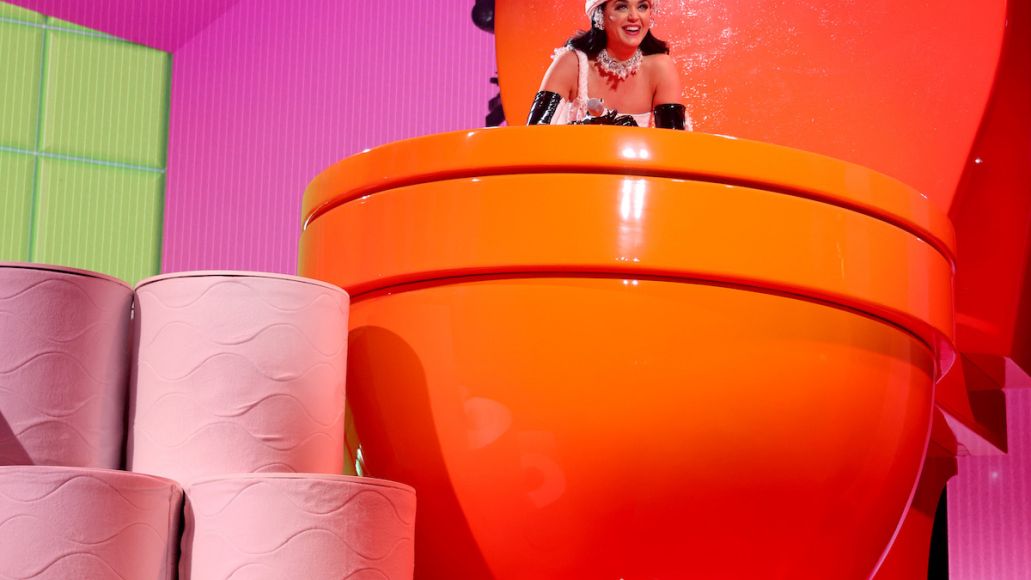 After opening with Teenage Dream-era hit “E.T.,” the singer rolled out the 16-foot-tall toilet to power through “California Gurls,” “Hot N Cold,” “Last Friday Night (T.G.I.F.),” and “Waking Up in Vegas” while flanked by a number of blue-skinned back-up dancers wearing inflatable water wings and pool floats around their waists.

Later in the show, she donned a soda can-inspired dress reminiscent of her iconic look from the 2010 “California Gurls” video to perform on a set of oversized trash, and even stopped mid-set to, uhh, lactate beer and chug a pint next to a huge, thrown-out face mask. Because why not as we close out the second year of a global pandemic? 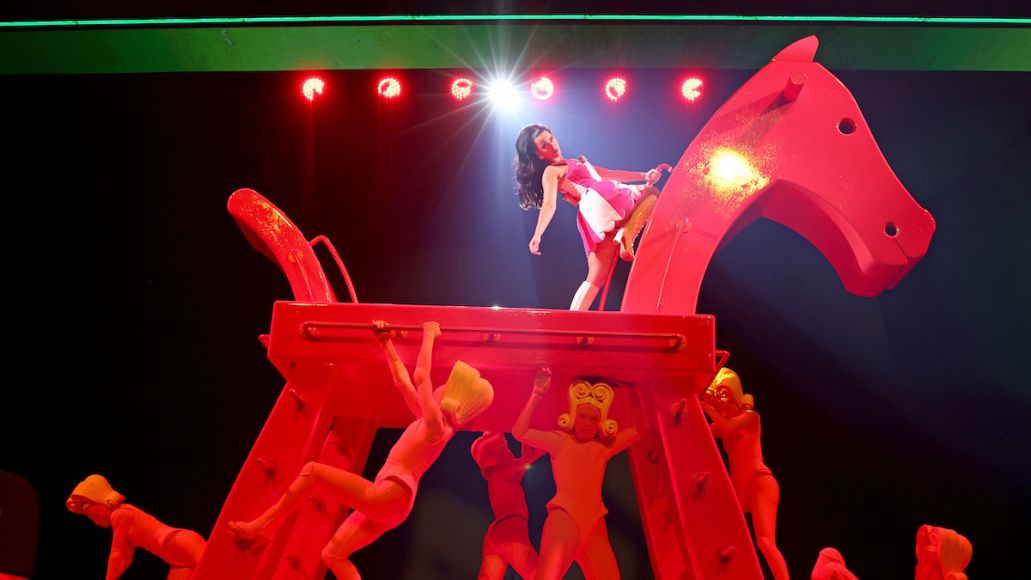 PLAY is set to run for a total of 31 more dates from now through March 22 at Resorts World Las Vegas; tickets can be purchased here.

Meanwhile, Perry released a space-y new collab with Alesso, “When I’m Gone,” to coincide with the residency’s kickoff.

Check out more footage of the opening night below. 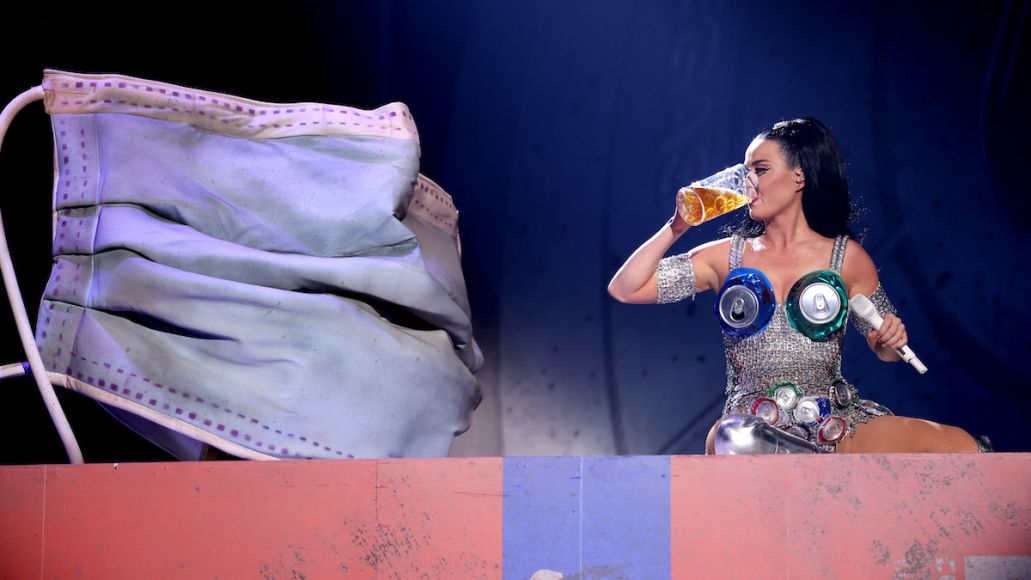 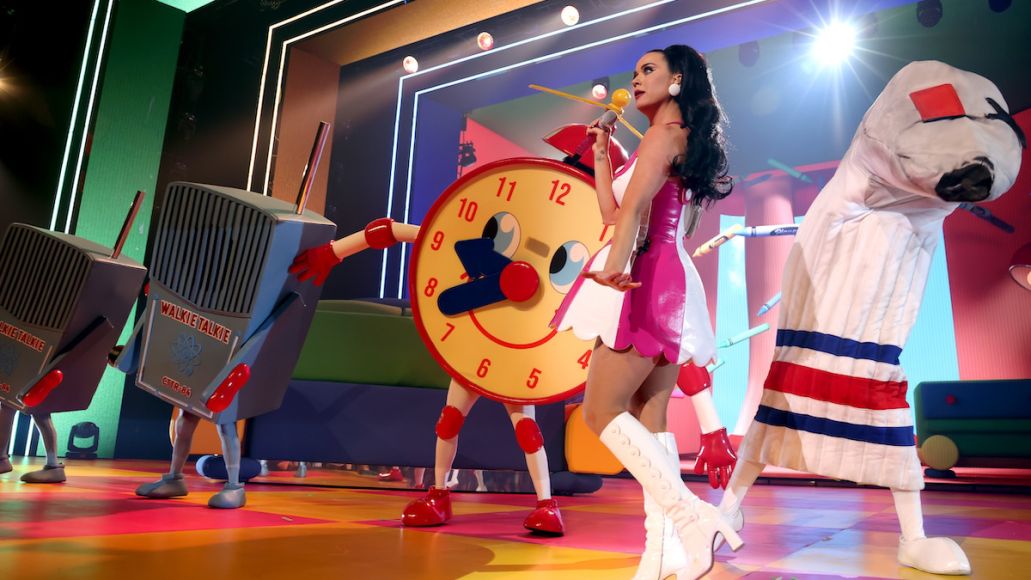 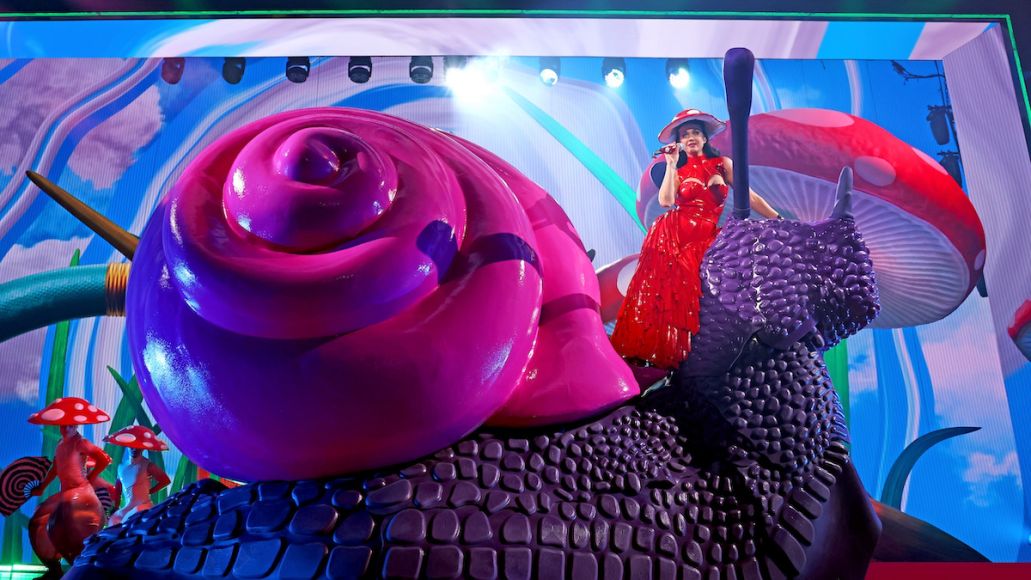 Encore:
The Greatest Love of All (Whitney Houston cover)
Firework