M83’s classic double album Hurry Up, We’re Dreaming just passed its 10th anniversary, and the band is feeling celebratory. Today the French electronic group announced a vinyl reissue of the record, and shared a new music video for the track “My Tears Are Becoming A Sea.”

“My Tears Are Becoming A Sea” serves as prequel to the music video trilogy of “Midnight City,” “Reunion,” and “Wait” that M83 released back in the day. In those videos, a group of supernatural children run from a group of authorities attempting to study their powers. The new clip, directed by Sacha Barbin and Ryan Doubiago, provides an origin story for one of the children. Barbin and Doubiago explained of the video:

“This story takes place 10 years earlier in order to highlight the first moment one of these children uses their supernatural gifts. On the way to the hospital and moments before his birth, the child’s parents are victims of a horrible car accident. The unborn child is forced to use his powers to save them from within the womb. The idea was to show the literal birth of a superhero. We wanted to place this story in a realistic and universal setting. We think that the panic created by this magnificent moment speaks to everyone. We also wanted to pay homage to the mothers who are too often absent from the mythology of superheroes. And finally, to go beyond the codes of the genre to carry a symbolic message of hope where future generations would come to save us from a dark fate.”

This addition to the Hurry Up, We’re Dreaming Cinematic Universe comes with the news that the record is getting the reissue treatment. The transparent orange vinyl comes with brand new artwork by Anouck Bertin, the artist behind the original cover. In keeping with the passage of time, the updated cover sees stars Kimona and Cormac return for a new photo in the same (albeit redecorated) bedroom. The reissue arrives April 15th, and pre-orders are available now.

Consequence named Hurry Up, We’re Dreaming one of the best albums of the 2010s, and selected lead single “Midnight City” one of its best songs. Revisit our 10th anniversary retrospective on the album here. The band last released the ambient album DSVII in 2019. 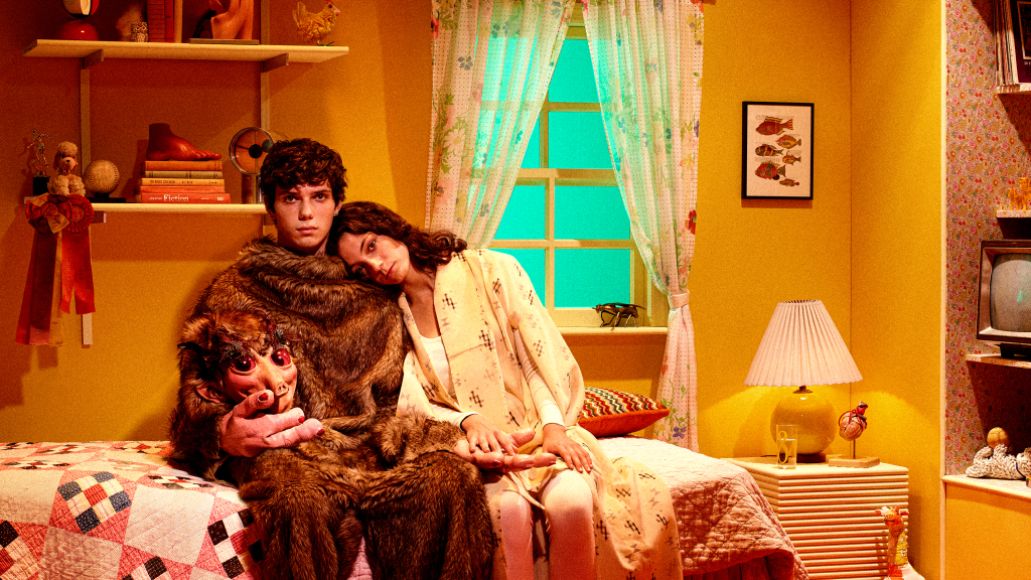 M83 to Reissue Hurry Up, We're Dreaming, Share Video for "My Tears Are Becoming A Sea": Watch