The Pitch: The thing about MacGruber, the TV show, is that creators Will Forte, Jorma Taccone, and John Solomon did the tough part years ago. While the film they crafted in 2010 was not a box office hit, it became a cult favorite thanks to the very specific tone they were able to establish then, playing even the silliest jokes as deadpan as possible while still delivering some epic cinematic action.

Thus, the first season of the Peacock series just had to continue building on that proud tradition, while telling a slightly longer story across eight episodes. This is not to undersell the difficulty of that achievement — pop culture history is packed with examples of failed attempts to expand a short form bit into an extended narrative. See, for example, several of the films and TV shows listed on Lorne Michaels’ filmography. MacGruber, though, is in no danger of being a future embarrassment.

Gruber. Mac. Gruber: MacGruber the show picks up where MacGruber the movie left off (but if it’s been a while, don’t worry, there’s a literal recap at the beginning of the first episode featuring a very special guest star). Turns out there were some repercussions for that whole thing where the awesome-est guy alive, MacGruber (Will Forte), brutally killed Dieter Von Cunth (Val Kilmer). But when the President’s daughter gets kidnapped, MacGruber’s there to save the day.

From there, of course, things get explosive, true to the nature of both MacGruber as a character and the genres being satirized, specifically classic ’80s action dramas starring gentlemen like Chuck Norris. There’s a slight twist to the approach, heavily emphasized by the opening credits — there’s an awful lot of classic James Bond in the mix here as well, if James Bond drank Molsons and talked a lot about his dick. 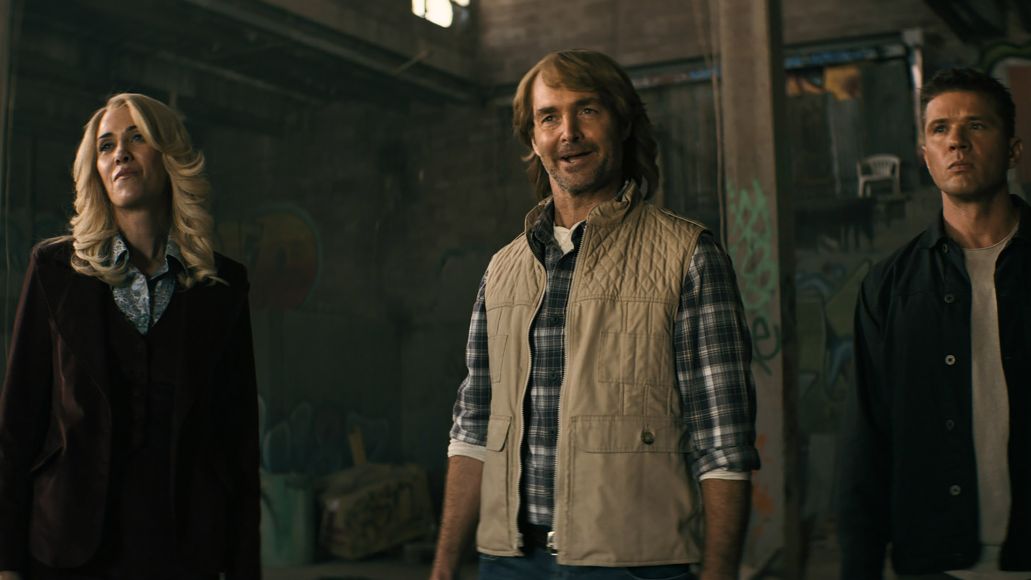 MacGruber Is a Christmas Show: That’s not a joke — whether a deliberate choice based on its potential release date or not, the series is set around the Christmas season and offers up some appropriately seasonal vibes.

The show doesn’t go full Shane Black with that element, but it adds nice color to the narrative, which is remarkably well-staged. Unlike other recent TV continuations of feature franchises (yes, Hawkeye, this is directed at you), shifting between archival clips of the original film and new footage shot for the show isn’t too distracting; both are equally cinematic.

A Colorful Cast: Forte’s post-SNL career reflects how singular a comedic voice he has, both as an actor and as a writer: While MacGruber is a literal rehash of his past work, he’s so dialed into the character that you can spend an entire scene watching his face, not sure what he’s going to do, but sure that it’ll be 100 percent true to the nature of the character, and funny as hell.

MacGruber’s pals also return, with Kristen Wiig slipping back into the role of Vicki St. Elmo so naturally, it’s easy to forget that she’s an actual goddamn movie star and not an action movie sidekick. Impossible to forget is that she’s one of the funniest people alive, both in spoken dialogue and in song.

MacGruber Review: Will Forte Delivers No Shortage of Ass-Kicking and Throat-Ripping to Peacock