[Editor’s note: The following contains spoilers for The Matrix Resurrections.]

The Matrix movies are, well, dense — a veritable gumbo of artistic influences and philosophical musings on the nature of identity couched in dingy cyberpunk and some of the slickest, most revolutionary action Hollywood had to offer at the turn of the millennium. It’s the same series that paired high-kicking setpieces and epic-length freeway chases alongside Keanu Reeves standing in a room with a bearded Colonel Sanders lookalike to talk about the preprogrammed choices we’re given throughout our lives.

It’s no surprise, then, that The Matrix Resurrections, Lana Wachowski‘s bold, messy, ambitious, romantic return to the series for the first time in almost twenty years, is just as complicated and unwieldy. Not only does it plop us back into a war between machines and man at the furthest edges of a crumbling Earth, it’s still committed to its dense worldbuilding and complicated philosophical questions, but with an added meta-fictional twist that lets Wachowski thumb her nose at the idea of having to go back to the Matrix in the first place.

But amid Resurrections’ smoke-and-mirrors story, there are still a lot of questions left unanswered. So let’s throw on our trenchcoats and forever stylish sunglasses, jack into the Matrix, and break it all down.

What happened to Zion and the machine war after Revolutions? 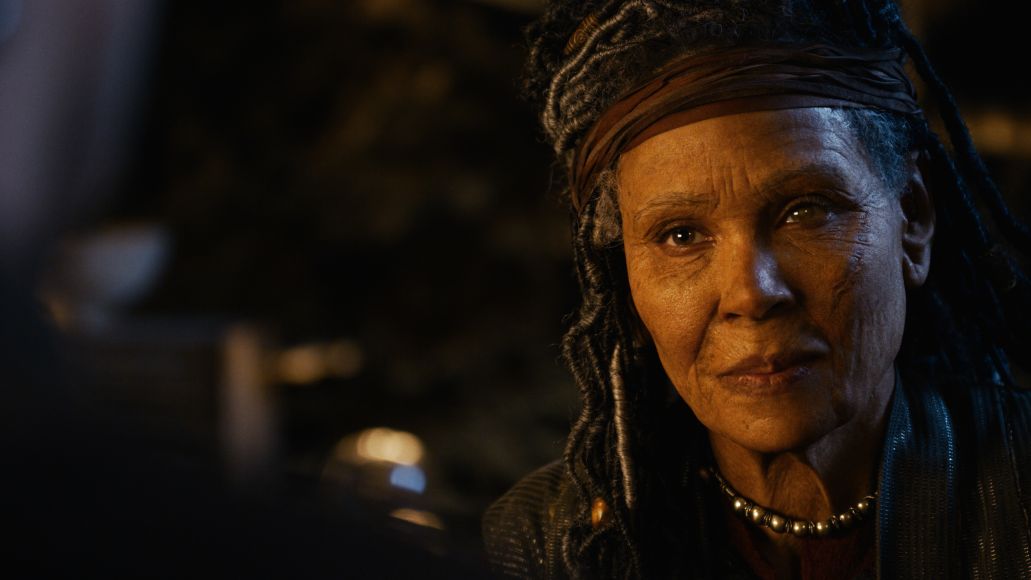 The Matrix Resurrections is set a whopping sixty years after the original films. As Bugs (Jessica Henwick) and Old Niobe (Jada Pinkett Smith) tells it, there was indeed peace for a time between the humans and machines after Neo (Keanu Reeves) sacrificed himself in the Machine City to destroy Agent Smith (Hugo Weaving) inside the Matrix.

But years later, the machines themselves became embroiled in a bitter civil war, the new powers that be “purged” friendly programs like the Oracle and most of the Exiles and the humans went back underground — moving their home from Zion to a new subterranean haven called IO, with a holographic entrance and simulated sky to make life a little more palatable.

Some machines joined the human cause and remained committed to peace: they’re called “synthients,” who take the form of benevolent floating robots (think cuter Sentinels). There are also AI programs that take human-like form in the guise of gray programmable matter that looks a bit like those metal pin impression toys you can push your face through at Spencer’s Gifts.

The Matrix Resurrections Ending Explained: How Exactly Did Neo and Trinity Return to Do Kung Fu?