[Editor’s note: The following contains spoilers for The Matrix Resurrections, specifically the ending.]

The Matrix Resurrections is a movie that’s distinctly aware of what came before, not only including actual footage from all three of the prior films, but offering up direct homages to the most iconic moments. And that’s especially found in the music choice made for the final sequence, which encapsulates the fourth film’s relationship to the original — a direct callback that also represents the new normal presented by director Lana Wachowski.

If you need a reminder of how the original Matrix ends, it’s a relatively simple coda: With the wild action of Neo’s (Keanu Reeves) battle with Agent Smith (Hugo Weaving) now over, Neo places a polite phone call to the A.I. monitoring the Matrix in which humanity is trapped, informing it that:

He then hangs up the phone, and proceeds to do “his Superman thing” and fly off into the artificial sky — the jump cuts leading up to that moment in perfect sync with Rage Against the Machine‘s “Wake Up.” 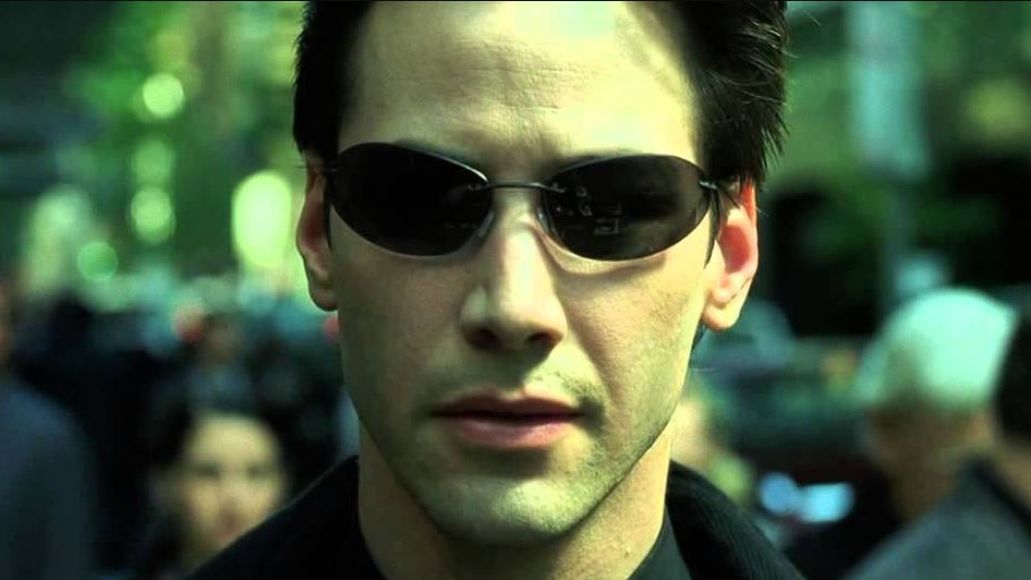 In Resurrections, the final sequence of events is relatively similar, to a degree. This time, it’s Trinity (Carrie-Anne Moss) and Neo together who confront the Analyst (Neil Patrick Harris), and Trinity takes the lead, while Neo cuddles Deja Vu the cat. After thanking the program for giving them “a second chance” to remake the world, they fly off, hand in hand, to “paint the sky with rainbows” — still artificial, but lovely — while Brass Against singer Sophia Urista howls “Come on!”

What makes the song choice so impactful is the new way it mirrors the original film, enforcing the “back to the beginning” angle which makes Resurrections such a welcome entry in the franchise, while also reflecting this new reality. The last scenes of the film make it clear that Trinity is now just as powerful as Neo is, likely more so — thus, the choice of a cover of the song which was essential to the original ending, as performed by a singer with all the raw power of Zack de la Rocha but undeniably female, makes a striking amount of sense.

Male or female, does it really matter? After all, one thread of Resurrections is the general rejection of all binaries, including the gender binary (and yes, that’s been a fundamental part of the franchise’s makeup from the beginning). But the use of Brass Against at the end of the film still makes a powerful statement, especially as it comes from a director who made the first movie as a closeted trans woman, and is now proudly living and working as her true self.

In case you’re unfamiliar, Brass Against became the subject of headlines this fall when Urista took a, um, unique approach to audience participation during the Welcome to Rockville festival in Daytona Beach, Florida. Funnily enough, the song being played during that incident? The band’s cover of “Wake Up.”

The soundtrack for the 1999 Matrix went platinum in the United States during its release, with many of the songs featured becoming iconic reminders of the movie’s biggest scenes — including “Wake Up.” While the Brass Against cover isn’t featured in the official soundtrack released earlier this month, perhaps that was because (for the same reason we didn’t publish this article until today) of how its inclusion is, at the very least, a thematic spoiler. But you can still listen to a 2018 version of the band’s cover below.

Meanwhile, The Matrix Resurrections is in theaters now, and streaming on HBO Max until January 22, 2022.

The Matrix Resurrections and Brass Against: Why the Song Choice for the Final Scene Is So Damn Cool