Swedish extreme metal veterans Meshuggah have pushed their early winter headlining 2022 US tour to the fall due to a health issue affecting one of the band members. As a result of the new itinerary, direct support act Converge will no longer be on the bill, but openers Torche will remain on board.

Meshuggah’s US outing was set to kick off February 23rd and run through March 20th. Instead, it will launch September 16th in Worcester, Massachusetts, and wrap up October 16th in Atlanta, Georgia. Current ticket-holders will be admitted into the rescheduled gigs, while others can purchase tickets via Ticketmaster.

In a Facebook post announcing the postponement, Meshuggah explained that one of their members is “undergoing medical treatment related to a skin condition on his hands.” The full statement reads as follows:

“We regret to inform that Meshuggah will have to reschedule their U.S. headline tour, originally planned for early 2022, to September/October 2022. While the ongoing pandemic has been throwing various curve balls on us all the past year, ultimately delaying the completion of the upcoming Meshuggah studio album – there are other concerns that have forced us to make this unfortunate decision. Determining factor is the need to prioritize the physical health of one of the band members who is currently undergoing medical treatment related to a skin condition on his hands, hindering him from rehearsals and from all in all playing his instrument. While we are optimistic for his future recovery we know it will not be possible for him and the band to be ready to perform already in February 2022. With these shows now moving, Converge will unfortunately no longer be able to do the tour. However we are grateful that Torche will still be performing with us. Another special guest to replace Converge and to complete the bill is to be announced. Tickets will remain valid from the original dates, please contact your ticket provider with any queries.”

Converge, whose recent release Bloodmoon I featuring Chelsea Wolfe made our list of the Top 30 Metal & Hard Rock Albums of 2021, issued their own statement, letting fans know they are “working on something in place of this tour which we will announce soon.”

See below for the updated itinerary for Meshuggah’s tour with Torche and an as-yet-unnamed replacement for Converge. Pick up tickets here. 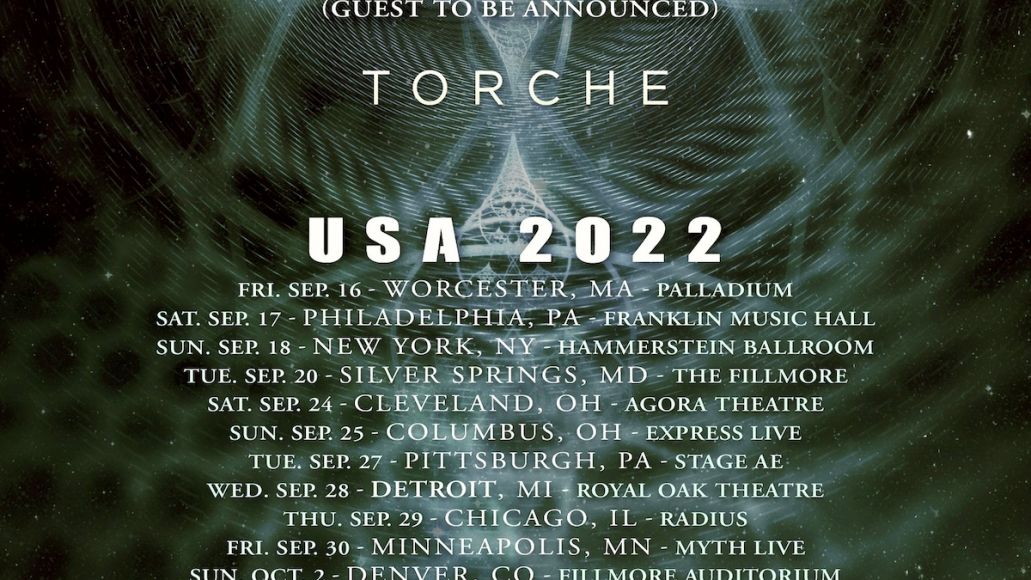 Meshuggah Reschedule 2022 US Tour Due to Health Issue Within Band