As previously reported, the legendary thrash metal band will mark 40 years together with two shows at the Chase Center in San Francisco. The concerts are essentially sold out, although limited seats are popping up on Ticketmaster. However, fans all over the world will now be able to tune in to the historic gigs via Amazon’s streaming services.

You can stream both performances from home devices or on mobile via Amazon Music, Amazon Music’s Twitch channel, and Prime Video (with or without Prime on-demand viewing Membership) beginning at 9 p.m. PT each night. The shows will then be available on-demand exclusively via The Coda Collection/Prime Video Channel.

In addition to the streaming concerts, Metallica faithful will also be able to watch films featured as part of the SF Takeover Film Fest, including live videos Cunning Stunts and Orgullo, Pasión, y Gloria: Tres Noches en la Ciudad de México via the band’s new partnership with The Coda Collection, with more Metallica-related content to become available in 2022.

It’s set to be a truly celebratory week of all things Metallica in the Bay Area. The band announced a slew of extra events surrounding the anniversary shows running through the 16th through the 18th, including club gigs by Taipei Houston (featuring Lars Ulrich’s two sons) and OTTTO (featuring Trujillo’s son Tye).

Tune in to the Metallica 40th anniversary shows on December 17th and 19th via Prime Video, Amazon Music, or Amazon Music’s Twitch channel. You can sign up for a tune-in reminder at this location. 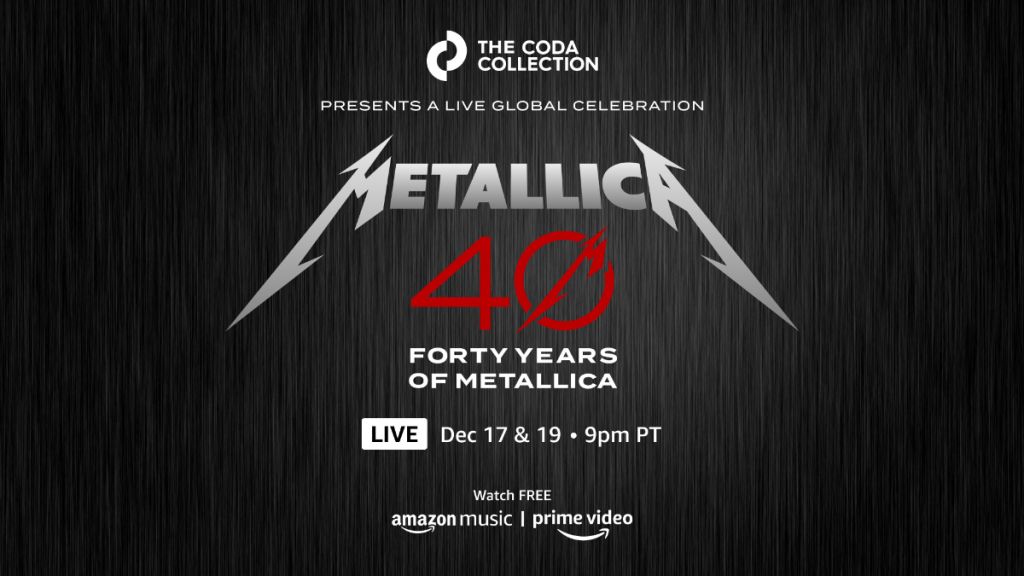