The new Hulu film Mother/Android is a story about the robot apocalypse that’s really about the power of parental love. Chloe Grace Moretz stars as Georgia, a young woman living in a world where robot servants are a normal part of life; until, that is, the night the androids rose up in violent revolt against humanity.

Up until then, the biggest problem Georgia had was how she and her boyfriend Sam (Algee Smith) were going to handle her unplanned pregnancy — several months later, they’re making their way through the northeast backroads towards Boston, where there’s promise of a ship that might help them escape from a ruined America. All they have to do is survive the constant threat of robot attacks, not to mention her own impending delivery.

While technically sci-fi, the film is actually a loving tribute to writer/director Mattson Tomlin’s birth parents, who gave him up for adoption during the Romanian revolution: The allegory becomes very clear at the end of the film, when a post-delivery Georgia and a badly injured Sam finally arrive at the promised dock, but the Korean official there tells them that the ship can only take the baby as a refugee. Thus, Georgia is given mere minutes to write her son a letter and say goodbye.

After doing his best to protect her throughout the course of the film, Sam presumably dies from his injuries, and the final sequence of events shows Georgia, alone, burning relics of her past while also moving forward towards her own bleak future. It’s a very poignant ending, and Moretz, in a Zoom interview with Consequence, was generous enough to unpack the most emotional beats, including Sam’s off-screen death and what it was like to write that letter.

The below interview has been transcribed and edited for clarity.

To start, I’d love to know how you felt about the ending when you first read it?

When I first read it I was sobbing, quite frankly. Rarely are you so moved by a script and you can so fully see exactly what the writer is depicting to you. With this story written by Mattson Tomlin, who wanted an in on his own personal story and choosing a robot artificial intelligence revolution — all of those layers going into it make it something singular. I don’t think we’ve ever seen it before.

[The ending scenes] were some of the hardest sequences I’ve ever had to do thus far as an actor. We shot it chronologically so that was at the very tail end of the movie — we had already shot the birthing sequence so I had already held the baby for the first time. The voiceover which I eventually did, he basically did that as I was writing the letter, so I could know exactly what was happening, so we could depict those moments on my face and intercut it with the flashbacks.

That made the emotion flow even more so because he was crying as he was reading it, as I was crying doing it on screen, and it was 15 degrees outside and snowing in the middle of Boston in the harbor. So it was against the elements, against all odds, and it was beautiful.

Yeah, I mean, the boom operator was crying, the cinematographer was crying. Everyone was not okay. 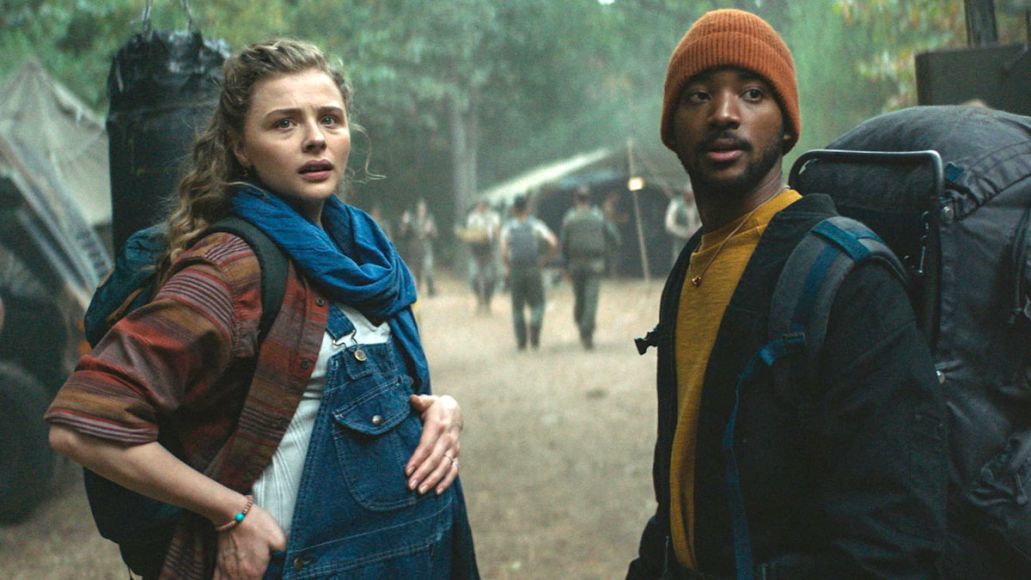 In terms of Sam’s fate, how did you feel about how the film letting it be clear what happened to him, but without getting explicit about it?

Yeah, that was a question that I always had for Mattson, is whether or not we were going to see that, and he didn’t want to. He wanted it to be pretty clear — and that last shot of me staring into the camera and being completely gone in a lot of ways depicted everything that we needed to.

I think Mattson was very specific in how he wanted it shot and we didn’t have many takes. We did most [scenes] in one take; it was a 29-day shoot with little to no money so we didn’t have a very large margin for error. The opening sequence is also the ending sequence in front of the fireplace, and we wanted to play it more there, in a more cathartic experience.

When you go through such a harrowing experience and that trauma, you don’t react immediately. She probably won’t fully process what happened to her for a very long time. So we really wanted that to feel true and realistic instead of — for lack of a better term — over-acting that moment. We wanted to pull back and allow it to breathe and not rehearse it. We hardly rehearsed anything, we wanted it to act as it may.

So in the end, what is the feeling you want people to take away from the ending? How do you want them to finish the film and go about their day?

I think there’s a catharsis when you look at Mattson and you see the life that he’s lived and where he went, from the time his parents gave him up for adoption during the Romanian revolution and who he’s become today. I think there’s hope ultimately that humanity can move on and humanity and love will conquer all ultimately. We can move forward.

Mother/Android is streaming now on Hulu.

Chloe Grace Moretz Explains the Ending of Mother/Android: "Everyone Was Not Okay"