Legacy Recordings has announced the companion soundtrack to Questlove’s acclaimed documentary Summer of Soul (…Or, When The Revolution Could Not Be Televised), due out January 28th, 2022.

The 17-track collection is set to feature live recordings of classic songs by the likes of B.B. King (“Why I Sing the Blues”), The Staple Singers (“It’s Been a Change”), Gladys Knight & the Pips (“I Heard It Through the Grapevine”), Sly & the Family Stone (“Everyday People”), and more. The documentary about the Harlem Cultural Festival of 1969 is currently available to stream on Hulu.

All of the songs were curated by Questlove, who made his filmmaking debut with the documentary. “It goes beyond saying that you can’t have a monster music journey on film without an equally awesome soundtrack,” he said in a statement. “The people demanded ‘more!’. So for the people, we bring you musical manna that hopefully won’t be the last serving. These performances are lightning in a bottle. Pure artistry!”

Preceding the full soundtrack is a live rendition of “Sing a Simple Song” by Sly & the Family Stone, which is out today. Check out the album’s artwork and complete tracklist below.

Summer of Soul (…Or, When The Revolution Could Not Be Televised) Original Motion Picture Soundtrack Artwork: 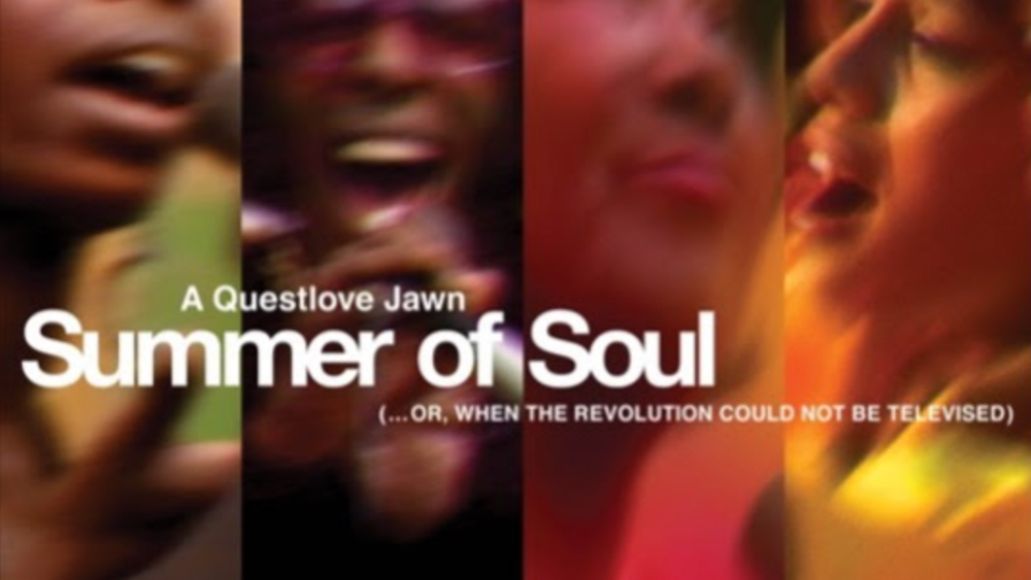 Summer of Soul (…Or, When The Revolution Could Not Be Televised) Original Motion Picture Soundtrack Tracklisting:
01. Uptown – The Chambers Brothers
02. Why I Sing the Blues – B.B. King
03. Don’t Cha Hear Me Callin’ to Ya – The 5th Dimension
04. Aquarius/Let the Sunshine In (The Flesh Failures) – The 5th Dimension
05. My Girl – David Ruffin
06. Oh Happy Day – The Edwin Hawkins Singers
07. It’s Been a Change – The Staple Singers
08. Precious Lord Take My Hand – The Operation Breadbasket Orchestra & Choir featuring Mahalia Jackson and Mavis Staples
09. I Heard It Through the Grapevine – Gladys Knight & The Pips
10. Watermelon Man – Mongo Santamaria
11. Together – Ray Barretto
12. Hold On, I’m Comin’ – Herbie Mann
13. Sing a Simple Song – Sly & The Family Stone
14. Everyday People – Sly & The Family Stone
15. Africa – Abbey Lincoln and Max Roach
16. Backlash Blues – Nina Simone
17. Are You Ready – Nina Simone