Tenacious D are taking their comedic-rock awesomeness on the road in 2022, announcing a brief summer US tour. The duo of Jack Black and Kyle Gass are set to melt faces with a seven-date run in June, with support from Puddles Pity Party.

The tour kicks off with a June 16th set at the Telluride Bluegrass Festival in Colorado, followed by six headlining shows primarily on the West Coast. Tickets are available via Ticketmaster, with various pre-sales beginning this week.

The shows will serve as a belated celebration of Tenacious D’s self-titled debut album, which turned 20 years old this past September. Heavy Consequence recently caught up with Black and Gass via video Zoom to discuss that album, the 15th anniversary of their movie Tenacious D in the Pick of Destiny, their friendship with Dave Grohl, and much more.

The duo also reflected on the impact Bob Odenkirk and David Cross had on their career, with Black telling us, “That time in comedy in Los Angeles, it kind of coincided with … the alternative rock movement. There was this alternative comedy movement that kind of went hand in hand, I thought. And Bob and David were at the eye of the hurricane. Mr. Show was the coolest, raddest, most groundbreaking show, a lot of people said, since Monty Python’s Flying Circus.”

He added, “We were very fortunate to get that little entrez vous onto HBO, because it took us to another level. So, we owe [Bob and David] our souls!”

See Tenacious D’s 2022 tour dates below, followed by our multi-part interview with the duo, and pick up tickets here. 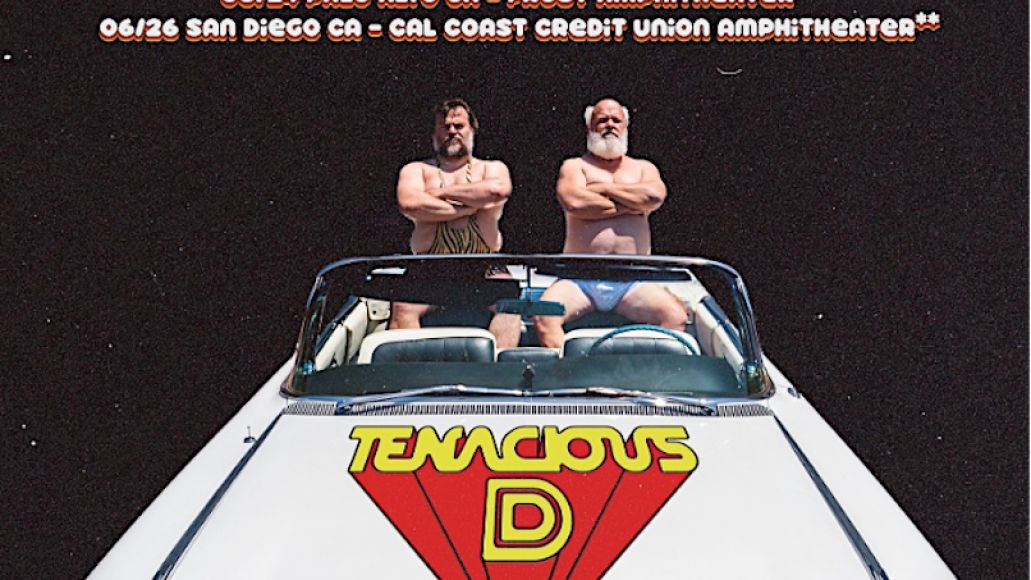