Get ready for the most Nic Cage movie ever, as Nic Cage stars as Nick Cage in The Unbearable Weight of Massive Talent. Lionsgate has unveiled the first trailer for the meta production, and you can check it out below.

First announced last year, the film sees Cage playing a fictionalized version of himself named Nick Cage. Discontent with his Hollywood profile and strapped for cash, the iconic actor agrees to take a $1 million dollar gig to attend the birthday party of his biggest fan, Javi (Pedro Pascal). Turns out Javi is a drug lord being investigated by CIA agent Vivian (Tiffany Haddish), who ropes Cage into being an undercover operative. Cage is then “forced to live up to his own legend, channeling his most iconic and beloved on-screen characters in order to save himself and his loved ones.”

Madness and chaos ensue, but the joy here is of course watching Cage really going full Cage. In fact, it goes even deeper, as Cage also plays Nicky, a younger version of Cage that lives as a figment of his own imagination.

“He’s got the lanky long hair; he’s just constantly riding Nick about his career choices,” Cage told EW. “I wasn’t too excited about the idea of playing myself, but when Tom sent me this script, Nicky reminded me a little of Jerry Lewis’ Buddy Love in The Nutty Professor. I always admired what he did with that movie. For me, Nicky steals the show.”

Watch the trailer and peep the poster for The Unbearable Weight of Massive Talent below. 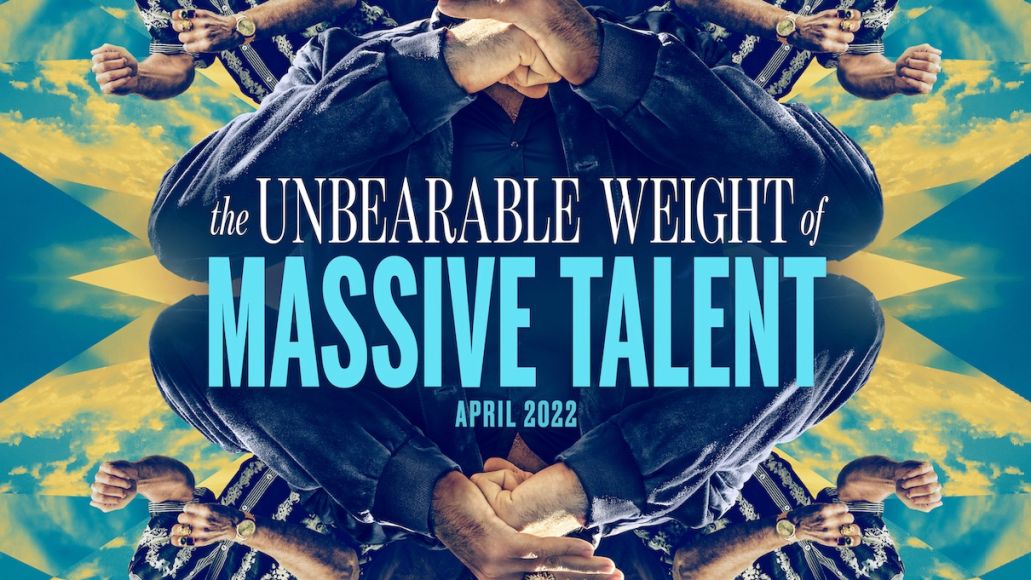